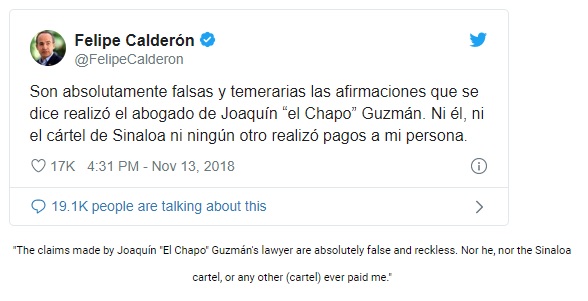 Enrique Peña Nieto has made no comments, but his spokesperson posted a message on Twitter, denying the claims: 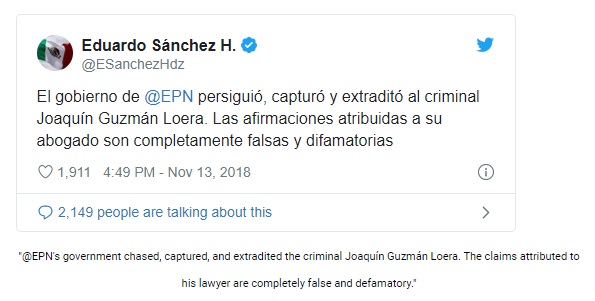 Lichtman also claimed that the true Sinaloa Cartel leader is his co-defendant, Ismael “El Mayo” Zambada, who is at large, and who was paid “the previous Mexican Presidents millions of dollars in bribes.”

His lawyers’ strategy is to claim El Chapo is only a middle-ranking member of the criminal organization, commanded by El Mayo Zambada. They also describe El Chapo as a “mythological figure” used by the Mexican government as a “scapegoat” in the murder of Cardinal Juan Jesús Posadas Ocampo.