Americans are traveling for the holidays more than ever, according to Allianz Global Assistance’s Top 10 Holiday Destinations survey. After analyzing 3.3 million flight itineraries*, the travel insurance and assistance company discovered a 24 percent increase over last year, and a 42 percent increase from 2017.

After reviewing plans for travel from December 19 to 27, 2019, Allianz Global Assistance revealed that holiday favorites New York City and Cancun continue to reign as the top domestic and international destinations. Almost half of the top 10 international destinations are in Mexico, proving once again that American travelers prefer beaches and breezes over ice and snow for their holiday getaways. 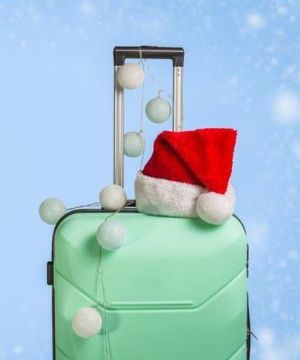 “The holiday season can be the most wonderful time of the year but harsh weather, illness and delays can make traveling a stressful experience especially, as our survey unwrapped, when 24 percent more Americans are flying,” said Daniel Durazo, director of marketing and communications for Allianz Global Assistance USA. “Whether you’re jumping in a sleigh ride or soaking up the sun, give yourself the gift of peace of mind and buy trip protection when you book your travel.”

For the fourth consecutive year, New York City is the number one domestic destination, followed by Orlando, Los Angeles, Boston, Atlanta, Seattle, Fort Lauderdale, Las Vegas, Salt Lake City, and Minneapolis. Las Vegas appeared on the top 10 domestic list for the first time this year, with travel to the destination increasing 44 percent, knocking San Francisco out of the ranking.

*Methodology: The data of U.S. travelers’ 2019 holiday travel plans was gathered by analyzing the number of travelers who went through the online booking process of airfare and package paths for partners offering Allianz Global Assistance travel to generate itineraries for flights departing from US airports during 12/19/2019 -12/26/2019 and returning 12/20/2019-12/27/2019, compared to the total ticket counts of travelers in 2017 and 2018 departing from the same U.S. airports during the peak holiday travel season. In total, 3.3 million itineraries were analyzed using this methodology.