The municipal president of Mérida, Renán Barrera Concha participates in the summit on climate change held in Madrid, Spain at the invitation of the organizations Pacto Global de Alcaldes WRII, ICLEI and the Economic Commission of Latin America and the Caribbean (ECLAC), a branch of the United Nations.

“With defined and priority actions to address climate change, Mérida is the only Mexican city that stands out in this subject, because the main interest the City Council is precisely to face and contribute to reduce the effects of climate change”, said Mayor Renán Barrera Concha, during his participation in the United Nations Climate Change Conference known as the COP25 2019, held in Madrid, Spain. 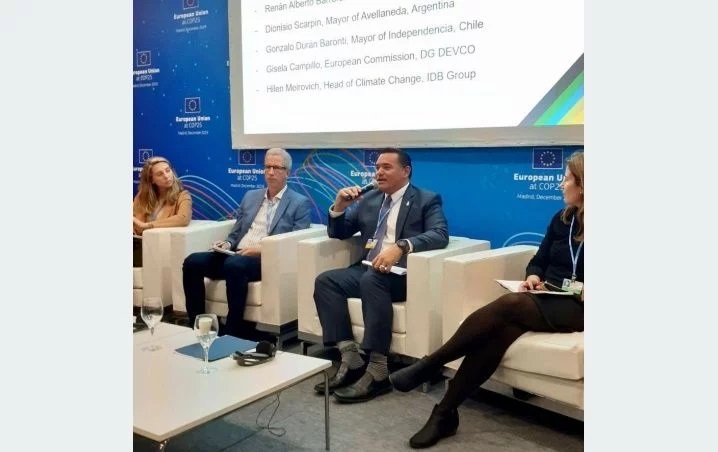 Mayor Renán Barrera Concha, also president of the Board of Directors of the International Council for Local Environmental Initiative (ICLEI) in Mexico, announced basic public policy actions that have already been implemented with good results in the “White City”, such as tax incentives (discounts on the payment of property tax) for homes that install solar panels.

Barrera stressed that changes have to start in the municipal government, and in each person’s home. He considered that the correct route to accomplish these goals, starts with the foundations at local municipal governments, in order to be able to generate changes globally.