License plates replacement in 2020 for Yucatan and Quintana Roo

In accordance with Federal Regulations, license plates have to be exchanged every 3 years.

MERIDA Yucatán (Times Media Mexico) – It is confimed that in the Yucatan Budget for fiscal year 2020 the state government will schedule a license plate replacement.

According to the document, the Executive plans to collect about 438.4 million pesos for the service of endowment, exchange and replacement of plates.

$103 million pesos will also be obtained next year would also for the collection of registration fees. $88.7 million for the issuance of driver’s licenses, and $133.5 million for services related to road cargo.

The state administration also expects to collect over $20 million for the disposal of used vehicles.

According to the estimated budged calculated by the State Congress the estate government would obtain a consolidated revenue for fiscal year 2020 of $44,189,647,866 pesos through direct income from state sources and by transfer of federal government resources, according to the first draft of the “Revenue Law”

By law, the exchange of license plates must take place every three years. In Yucatan, the last exchange took place in 2017, when the state government headed by Rolando Zapata Bello condoned 100 percent of the payment of fines of vehicle ownership.

According to the state government’s website, http://www.yucatan.gob.mx the replacement must be done “at the expiration of the plates, as long as the Executive Branch of the State of Yucatan determines it”.

Added to those payments, there was the charge for the renew of the circulation card, which then had prices that went from $84 pesos up to $611 pesos. 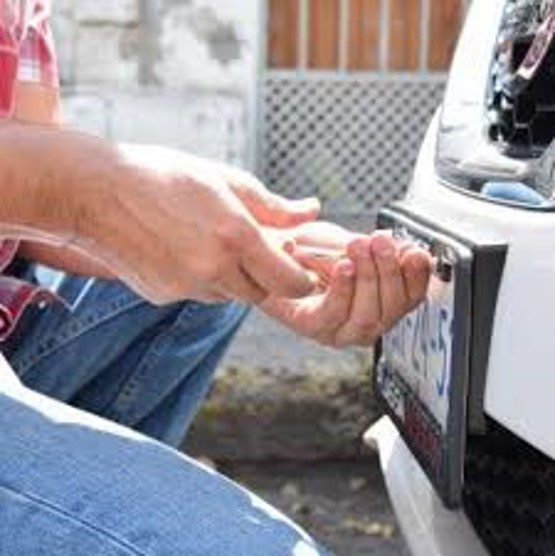 With the objective of strengthening public security and giving legal, fiscal and patrimonial certainty to the inhabitants of Quintana Roo, the State Government, through the Ministry of Finance, announced the 2020 License Plate Replacement Program, which will begin in January of next year.

The measure of exchanging plates every three years in Quintana Roo is an action established by the SCT, so the State Government enforces the Law, and thus keeps updated the vehicle register as a security measure to Quintana Roo.

Different states will make the change of license plates next year such as Yucatan, Puebla, Veracruz, among others, in order to increase revenue due to the cut in the Federal Budget in 2020.

In the case of cars and trucks, which are the majority in the vehicle register, the payment per unit was of $1,673 pesos, of which $1,369 pesos corresponded to the plates and $304 pesos to registration.

New prices for 2020 are yet to be announced.