Crabster: Seafood with a Yucatecan touch

Chef Christian Bravo, is originally from Puebla and has been living in Mérida for 14 years now. The man declares to be “in love” with the Yucatan, and he arrived here after having spent a long season in Europe, working in two and three Michelin star restaurants.

This is what Chef Bravo told us:

An opportunity came up back the, to come to Yucatan as chef of a group of haciendas that have been transformed into luxury hotels. Time went by, and I developed a special connection with the local cuisine, that eventually postioned my name as a reference in the Peninsula. This way, I have been in charge of representing Mexico, and specifically the Yucatan, in different countries around the world, such as Spain, France, Belgium, England, Peru, Argentina, Bolivia, the United States and others. Taking the culinary art of the Yucatan Peninsula to bamquets or gatherings of 300 or 400 people.

For example, in Paris (France) at the Palacio de la Bolsa (Palais Brongniart), I once served a dinner for 400 people, featuring Mexican food with a Yucatecan influence, it was a big success.

These type of events come through invitations from governments and embassies, who have already identified the leaders in the field of gastronomy in the different regions of Mexico.

Many people around the world already identify us as  “Crabster: Cocina del Mar con un toque Yucateco” (Seafood with a Yucatecan touch).

Crabster is a culinary concept unique in its kind, which is 3 years old already. I was hired as a consultant to create this concept, and they gave me absolute freedom to develop the project my way. Progreso was the starting point for the project. 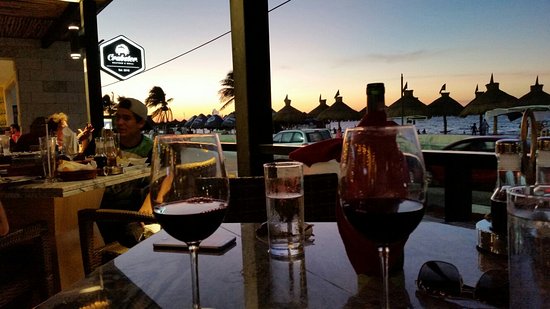 What people are looking for in a restaurant by the sea, is obviously seafood, with an exquisite flavor while sitting in a nice, comfortable table. In the case of Crabster our distinguishing element is the Yucatecan touch. Without getting into something too complicated, hard for people to understand, and eat. That’s why we serve dishes such as crispy shrimp tacos, the Octopus Poc Chuc (marinated in axiote and cooked on the grill with sour orange and purple onion), as well as special versions of Ceviches and Aguachiles, just to name a few.

On the other hand, people who go to Crabster, live a different experience in Progreso. It is a cozy restaurant, nicely decorated, with big tables, elegant cutlery, magnificent service, mixology, sommelier, etc.

CRABSTER closes the circle that involves service, flavor, infrastructure and culinary proposal, which makes it a different and successful concept. 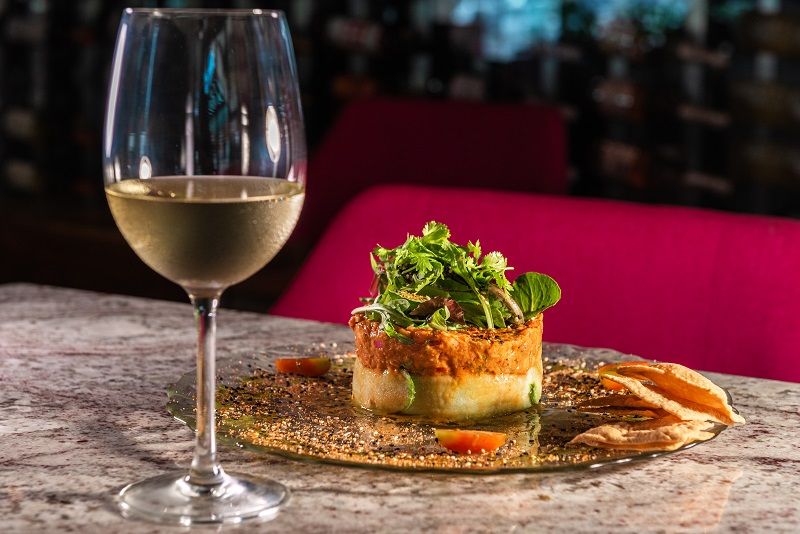 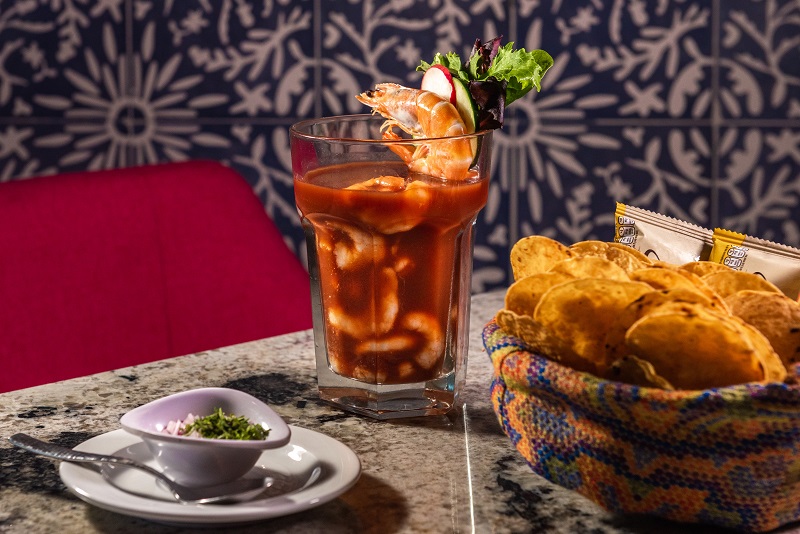 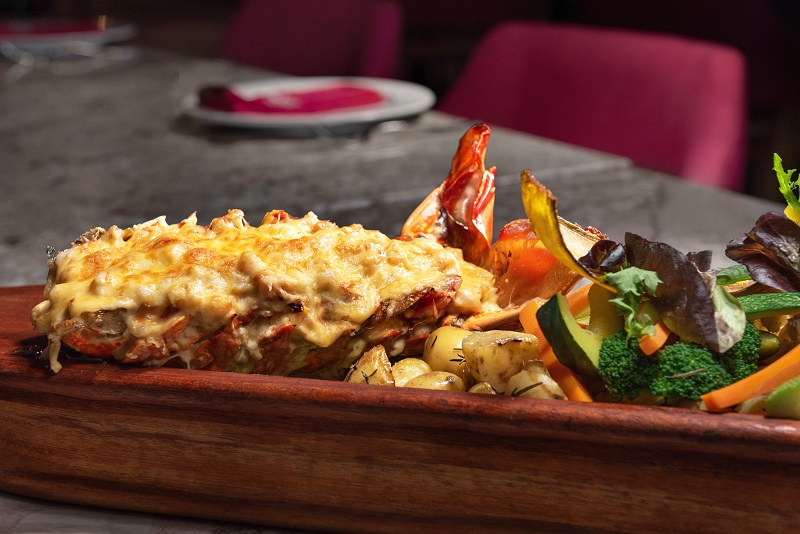 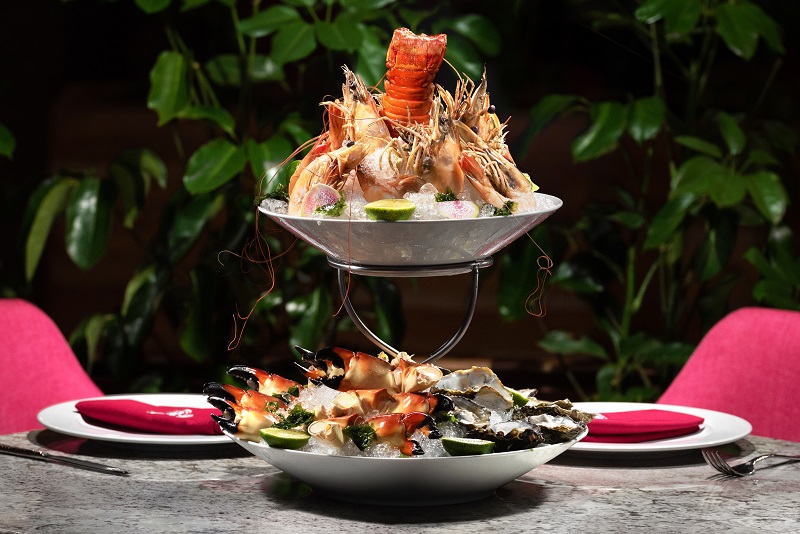 In fact, Crabster arrived to change the gastronomic scene in Progreso. And not only in the culinary issue, but also in the field of investment. From the opening of Crabster, other competitors begin to open new establishments at this port; making it more competitive, and this trend has started to change the city, turning it into a higher level tourist destination.

Progreso is becoming a more competitive place, with exponential growth, where thousands of tourists with high purchasing power arrive all year long on cruise ships, with the possibility of an important economic spill. 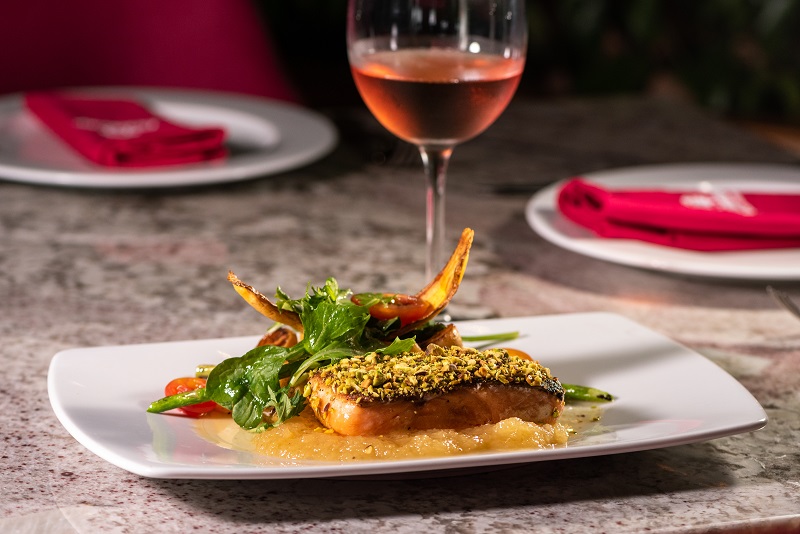 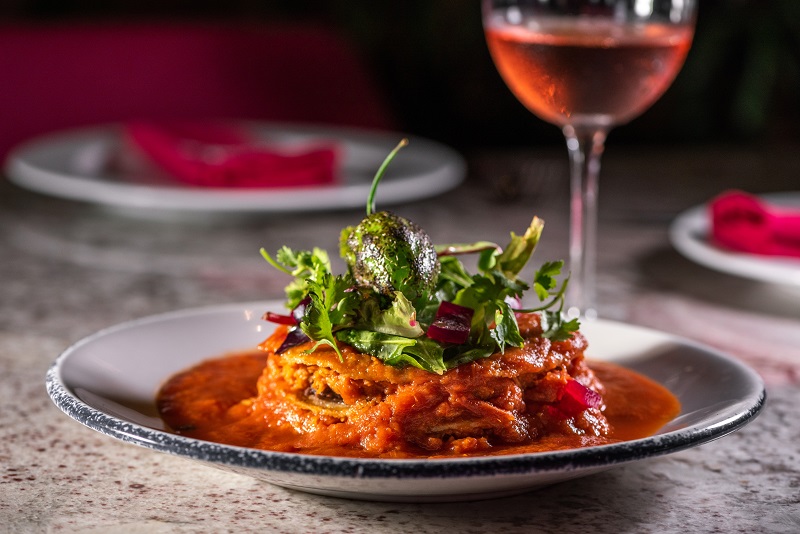 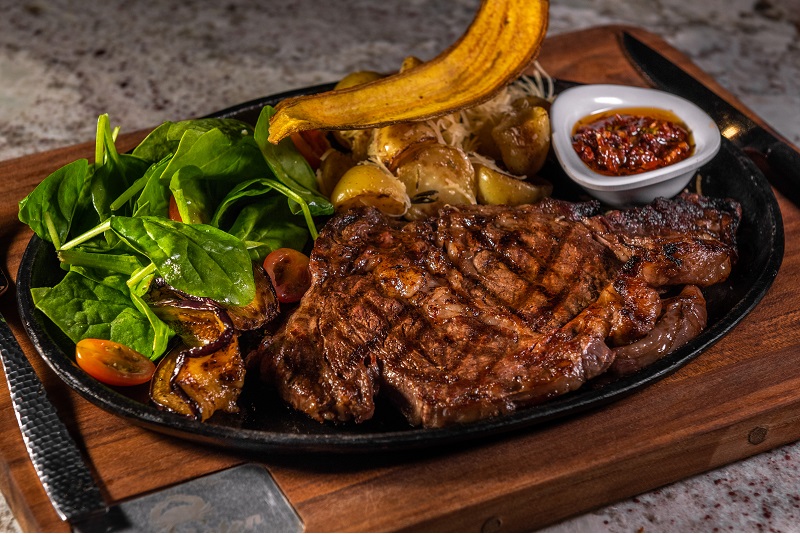 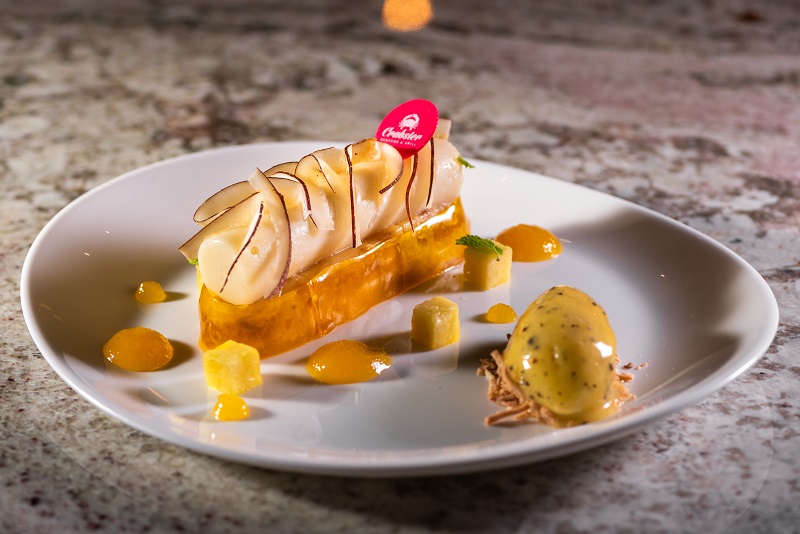 Paseo 60 is a service center in the heart of Mérida’s “hotel zone”, that includes hotels, restaurants, offices, transportation, car rental, shops, etc. And Crabster is part of the gastronomic proposal. It is one of the 4 restaurants located within the premises, and it is the best seafood option for those in the area.

In addition, local people, both Yucatecan and Expats, who already know us from Progreso, are now aware of the fact that when they can’t go to the beach, they can come here and enjoy the Crabster concept.

Just as our slogan says “Good Flavor Migrates” and in this case, it has migrated from Progreso to Mérida.

Crabster Paseo 60 is a modern, beautiful facility, with capacity for 260 people. We have a terrace, within the Paseo 60 complex, this space is shared with other restaurants and includes a show area.

At the moment there are no plans for greater growth, but to consolidate what we have. We want to grow and mature our ongoing projects before thinking about expanding.

To finish this interview, we would like to invite the great Expat community of Mérida and the coastal area to come to Crabster and let yourselves be pampered. Come to feel the human warmth of the Yucatecans, and enjoy great food, state-of-the-art mixology, extraordinary service and personal attention. We are waiting for you at Crabster Progreso and Paseo 60! 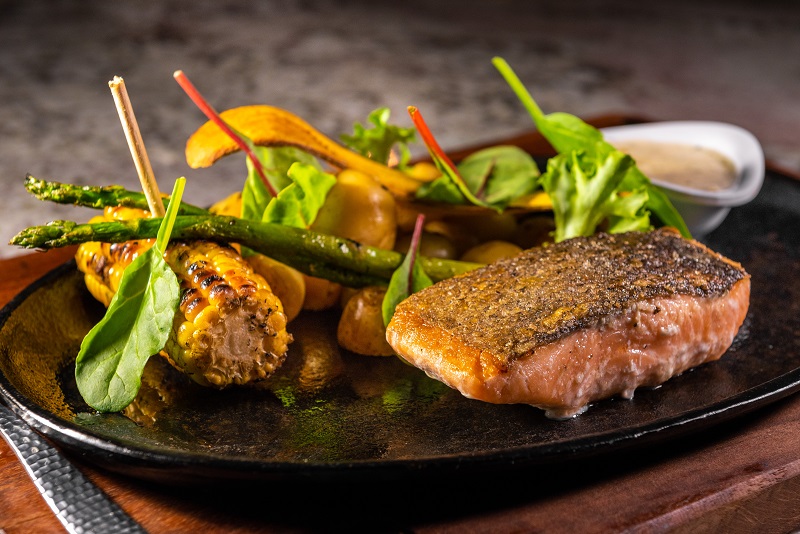 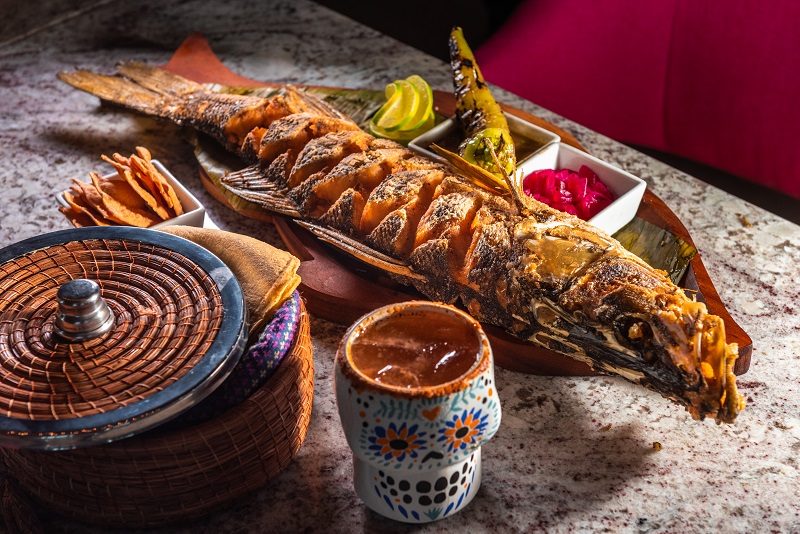 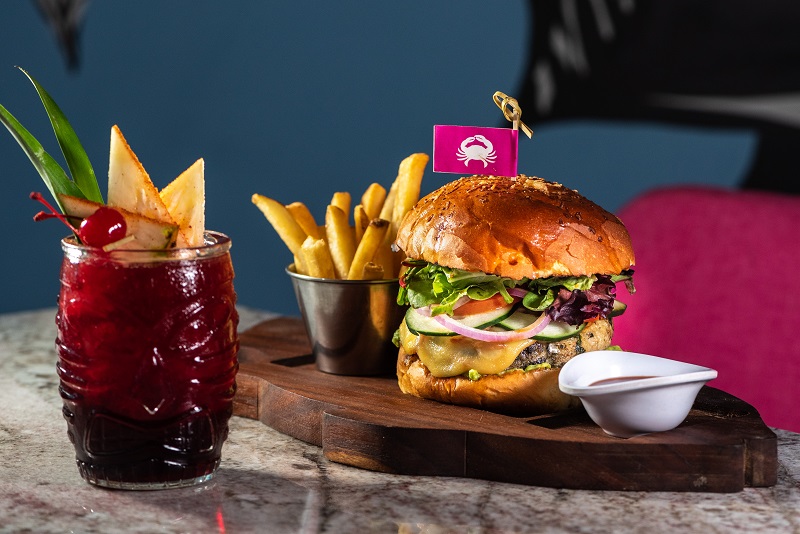 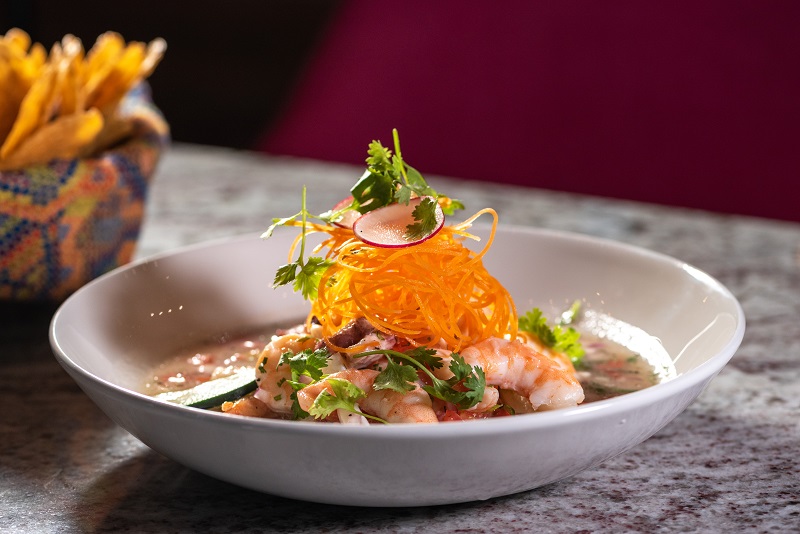