Seven countries in the Caribbean region will ban the use of single-use plastic from January 1st, 2020.

Unfortunately, the Caribbean has been highlighted as one of the most polluted regions in the world, so this measure is intended to prevent the degradation of their marine habitat that would cause a health and food security  risk for some 40 million people living in coastal areas.

Which countries will ban the use of plastic?

Jamaica, Belize, Barbados, Dominican Republic, Grenada, Trinidad and Tobago and the Bahamas are the countries that will ban the import and use of single-use plastics and polystyrene starting on January 1st, 2020.

An average of 5 billion plastic bags made from petroleum products are consumed each year, most of these items could take hundreds of years to degrade.

Of the world’s thirty largest per capita polluters of this type of plastic, ten are of the Caribbean region.

Trinidad and Tobago produces 1.5 kilograms of plastic waste per person per day, the highest in the world.

It is estimated that about a quarter of a kilo of that ends up on that country’s coasts because of inadequate plastic waste treatment processes. 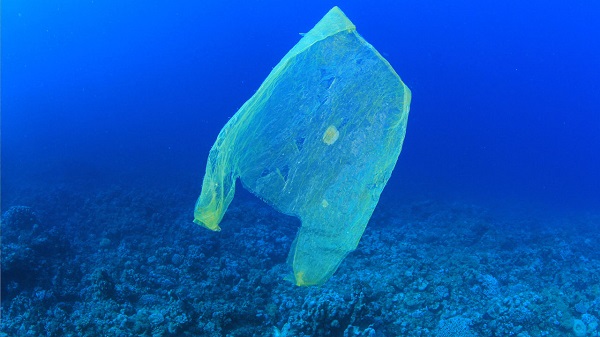 Each year more than 300,000 tons of plastic waste in the Caribbean are not collected, and much is dumped into the water.

UN Environment reported that 4 million plastic scraps were collected in coastal areas between 2006 and 2012 in the Caribbean.

Contamination by plastic waste will affect small Caribbean countries with special intensity over the years.

The Bahamian government estimates that the current rate of plastic pollution could cause tourism losses of up to US$10 million per year.