MÉRIDA, Yucatan (Times Media Mexico) – Researchers from the National Institute of Anthropology and History (INAH) discovered a walled-up passage in the Governor’s Palace, in the Uxmal Archaeological Zone, which is 25 meters long and is estimated to date from  670 – 770 of our era, when the early Puuc (Temprano) style flourished. 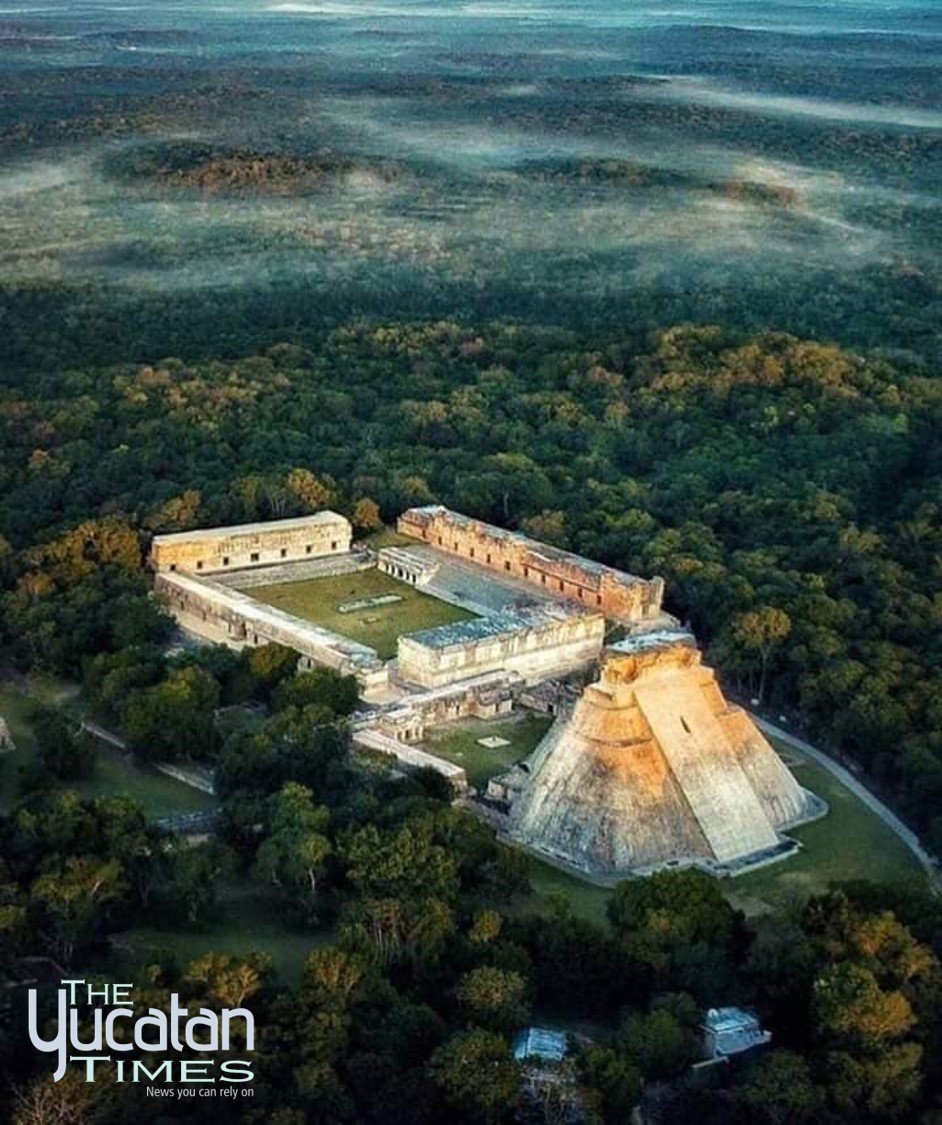 The Uxmal Project
They also found a Chaac mask and vestiges of three old staircases. Currently, archaeologists José Huchim and Lourdes Toscano direct the Uxmal Project, which consists among other things of restoration works in the palace located in the state of Yucatan.

The hidden passageway
In the building, a pair of Mayan arches corresponding to the ends of the vaulted passage were uncovered, whose temporality is at least 200 years prior to that of its superstructure. The 25-meter-long passageway not only changes the visual idea and reading of the Governor’s Palace, but also, in the words of experts, becomes one of the few monumental footprints in the city of that original architectural style.

“In Uxmal, the Puuc Temprano style (characterized by fine cuts in the limestone and austere finishes) was discovered over time by other constructions, unlike other areas of the region, such as Labná or Kabah, where it is visible,” says Toscano.

Findings reveal new theories about Uxmal
The discovery of the arches (symmetrical in their 7 metres high and 2.50 wide) clarifies two aspects: one is the aesthetic evolution that led to the Late Uxmal style (850-950 A.D.), whose maximum references are the Palace of the Governor and the Quadrangle of the Nuns; and, two, it proves that already in the eighth century “the inhabitants of Uxmal were able to erect incredibly complex buildings”. The conjunction of the new data with those recorded in previous seasons, such as the one that in 2014 located a similar passageway in the northeast sector of the palace, “allows us to know that the building was originally divided into three segments, that were linked by these vaulted corridors to facilitate transit both in its upper part, and at the level of the Great Platform,” says the researcher.

How did they find the passage?
José Huchim, director of the Archaeological Zone of Uxmal and the Puuc Route, says that the location of the new passage was possible thanks to decades of experience in the restoration of Puuc architecture, since, over 20 years, he formed an expert team, both in excavation and in the restitution to the building of the stones that have fallen from its structure

An important part of this work is the meticulous excavation of the collapsed parts, this “implies eliminating sediments and other expired materials until the covering stones are found”, which are studied and classified so that, by means of the anastylosis technique, they can be put back in their original place.

Huchim describes that, during the tasks of cleaning and exploration of the basement, well-placed stones were recognized that did not have the appearance of the core materials. They were carefully cleaned and identified as the cornice of a building that belonged to a previous period. After exploring the cornice, the lid of a vault was found and, as it continued to descend, the Mayan arch and the walls supporting it were completely liberated. Archaeologists noticed that in the middle moulding of the façade and the plinth of the arch, there was a need for covering stones, which were intentionally but respectfully removed when the substructure was buried.

Evidence of complex ceremonies
“This fact is important, because the Mayas believed that buildings had life, so that when they ceased to be useful they were ‘killed’ through a reverential ritual. Therefore, we do not rule out that in the floors of both entrances of the corridor we find offerings that evidence these complex ceremonies“ Explained Huchim.

The Mayas, like other Mesoamerican people, did not demolish buildings when they stopped using them. “They were lineage dwellings and were used to cement other buildings or as tombs. Thanks to this custom, archaeologists can learn about the architectural traditions of a site.

Mask of Chaac found
On other findings recorded in the current work season, Jose Huchim mentions two vestiges: a mask of Chaac, the Mayan deity of rain, and remains of three staircases that, in another time, gave additional access to the main building of the Palace of the Governor.

“The closure of these staircases, together with data collected previously, allows us to assume that around the tenth century, when Uxmal came into conflict with Chichén Itzá, it was necessary to modify the buildings, mainly restricting access as a measure to protect the sovereign of the Puuc lineage, against an invasion of the Itzaes“.

Meanwhile, Chaac’s mask was found in the southeast corner of the building visible to the public. Huchim and Toscano point out that, according to the patterns of design and the symmetry that distinguishes Mayan architecture, it can be deduced that there was a mask on that flank.

The others were found to the northwest and northeast, respectively, by archaeologists Alberto Ruz in 1949 and Ricardo Velázquez in the late 1990s.

There is still more to discover
The researchers at the INAH Yucatan Center conclude that the current field season (the second of the five contemplated by the Uxmal Project) will end in January 2020.

Subsequently, exploration will continue on two fronts: the study of the multiple occupations of Uxmal and the consolidation of the basement of the Governor’s Palace. In the future, the façade and the interior of the palace will be cleaned, maintained and conserved.