Thefts on the coast of Yucatan, without truce

MERIDA Yucatan (Times Media Mexico) – According to the Executive Secretariat of the National Public Security System, there has been an upsurge in theft in its various forms in Yucatán, based on complaints filed for this crime of common law.

According to the Executive Secretariat of the National Public Security System (SESNSP), this crime had an upturn in the number of robberies to pedestrians, shops and houses in the State until September 2019, according to monthly statistics.

The latest figures speak of 2,136 robberies that have been reported, a figure that surpasses the 1,460 that occurred in 2018. The numbers presented by the Executive Secretariat of the National Public Security System, once again set the spotlight on home burglaries in the state of Yucatan, being Progreso the municipality where this crime has practically quintupled in the first ten months of the year over the same period of the previous calendar. 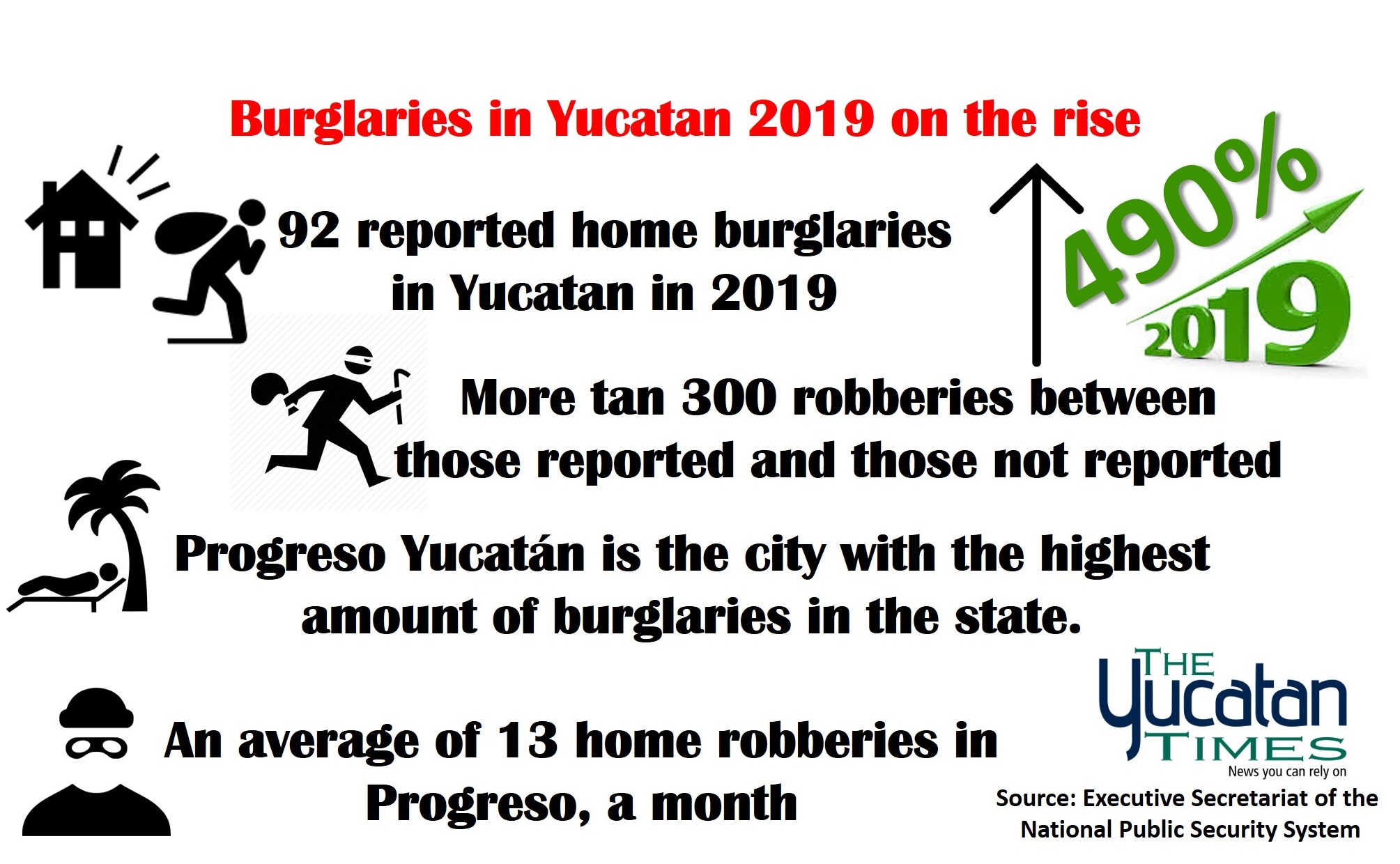 The most recent crime incidence report from the Executive Secretariat of the National Public Security System, made with the documented complaints received throughout public ministries of each entity, shows that burglars break into a home in Progreso every 46 hours, taking not only the belongings but the peace of mind of those who are their victims.

Progreso has this year the highest rate of home burglaries in all of Yucatan: 26.5 cases per 10,000 inhabitants. So far in the year, 158 cases have been reported already, sources in the public ministry say that number easily could be double, since many people do not file an official report, since they feel “nothing will ever be done about it”.

After home burglary, street robbery is the illicit with a greater increase so far this year, with 129 reported robberies in the state, a figure that exceeds the 57 that were reported in the same period in 2018, that is to say that this crime maintains 55 percent more complaints.

There were 1,308 reports of home burglary up to September of this year, an illicit crime that also maintains an upturn, since September 2018.

The number of drug dealing cases has almost doubled so far this year, with 302 complaints against 174 in 2018.