Only 50% of raped, beaten up or outraged women start legal processes in Yucatán

The Municipal Institute for Women (IMM) recognized the seriousness of domestic violence that persists in Mérida, as a municipality, as in residential areas, since out of 1,280 total registered reports during October, 80 percent were for cases of physical aggression.

The Municipal Institute of Women of Mérida is a decentralized body of the municipal public administration, with autonomy of management, rector of gender policy within the City of Mérida, responsible for collecting, analyzing and disseminating periodic and systematic information on the situation of women within the Municipality, as well as propose public policies aimed at achieving the full participation of women in different areas of life, and to prevent, punish and eradicate violence at homes, working places, classrooms and other social spheres.

The director of the IMM, Fabiola García Magaña; technical secretariat, Elizabeth Fuente, and the head of the Commission of Gender Equality of the City of Mérida, Ana Gabriela Aguilar Ruiz, said that, despite the permanent campaigns to end this phenomenon, it is still a serious problem.

Of the total cases attended by the City Council of Mérida through the DIF, the IMM and other care homes:

Regarding the requests for care received by the IMM by women victims of any type of violence, only 50 percent decide to initiate some kind of legal process against those responsible.

The IMM shelters for battered women or victims of extreme violence, with a capacity of up to 18 beds, are fully occupied, as some are accompanied by minor children.

The councilor Aguilar Ruiz cited an example at the Dzununcán community (Mérida municipality), where ministerial police officers came to apprehend a man accused of injuries and of exercising extreme violence against his couple.

He mentioned that a considerable percentage of cases of victims of the municipalities of Yucatán, other than Mérida, are treated in both municipal care centers and shelters, adding up to 40 percent. 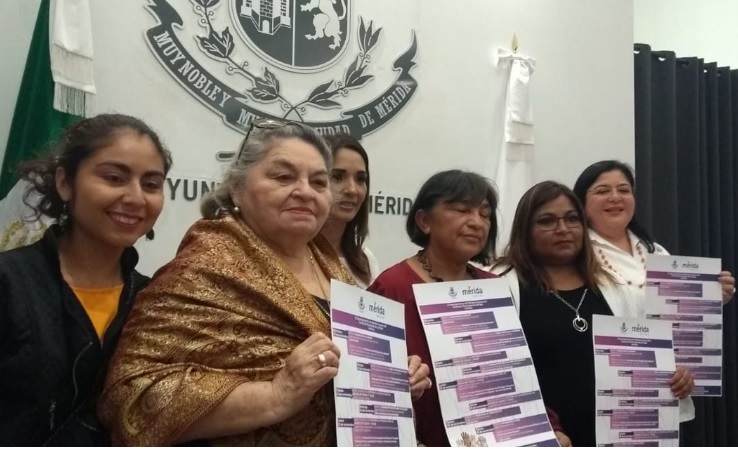 “The problem of domestic violence is not only a local issue, but a serious social problem statewide”, Aguilar Ruiz said.

According to official data, some 284 men have come to the IMM to receive guidance and information on the so-called “new masculinity” (nueva masculinidad), a program that seeks to break the circle of domestic violence.

An important line is the creation of the Municipal System and Program for Equality between Women and Men of Mérida, whose first session is scheduled for November 25, at 1:00 p.m. in location to be confirmed.

Finally, Mérida officials announced the campaign: “Stopping violence is in the hands of everyone” (Detener la violencia está en manos de todos y todas), from November 20th to December 15th of this year, which will include conferences, talks, events, workshops and other activities related to the International Day of Non Violence against Women (which is December 5).