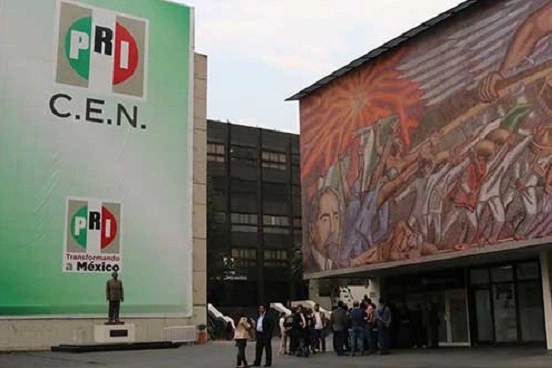 The once almighty PRI candidates lost almost in every political position in the previous elections –the Presidency, as well as its dominance in the legislature and governorships– but, although their power fell, it is still the richest political party in the country according to the value of its properties, which exceed 484 million pesos.

Among buildings, land, premium vehicles, luxury furniture and technological devices, the assets of the national committees of five political institutes are valued at $997,746,808 pesos, according to inventories submitted by obligation of the “Transparency Law” and published in Mexican newspaper LA SILLA ROTA. Of the seven registered with the National Electoral Institute (INE), only Morena, Lopez Obrador´s party  refused to declare its assets.

The Institutional Revolutionary Party -PRI- reported in its inventory of real estate, updated to the first half of 2019, three properties that, based on information from the “Property- tax Office” are valued $382,161,674 pesos. The most important, for the amount of money that represents, is the headquarters of its National Executive Committee (CEN), located in Insurgentes Norte 59, in the Buenavista neighborhood, Cuauhtémoc (CDMX), with an estimated price of 320 million pesos.

Other offices in Ezequiel Montes 99, Tabacalera neighborhood, the headquarters of “Movimiento Territorial” are valued at 10 million 689 thousand 264 pesos, and the offices in La Fragua 3, at 51 million 79 thousand 322 pesos.

Among their assets there is a $300,000 pesos sculpture, another worth $40,000 pesos and multiple paintings that range the $40,000 pesos. As for furniture, they mention things such as: couches, wooden desks, wooden bookcases among others with a total value of $102,173,315 pesos.

Therefore, the sum of the properties and furniture of the Institutional Revolutionary Party, reaches 484 million 334 thousand 989 pesos, 48.54 percent of the possessions of all parties.

With José Antonio Meade, the PRI lost the presidency it had regained in 2012 with Enrique Peña Nieto, but still governs 12 states. The possible corruption and alleged links to organized crime of some of his most recent ex-mandatory members have led to criminal proceedings: Javier Duarte of Veracruz and Roberto Borge of Quintana Roo are in prison; César Duarte of Chihuahua, a fugitive, while Roberto Sandoval of Nayarit was linked by the U.S. Treasury Department to the New Generation Jalisco Cartel (CJNG), to cite examples.

After the PRI, the PAN, has a total value of assets of $182,927,650 pesos, for three plots in Mexico City, in Angel Urraza, Barranca del Muerto and Coyoacán Avenue, in addition to 16 buildings.

The most valuable, asset is a 126 million pesos building, that PAN has on Coyoacán Avenue, in the Del Valle neighborhood, Benito Juarez CDMX. Also, among furniture, vehicles, devices and technological devices valued at 258 million 102 thousand 481 pesos more.

However, this information has not been updated in the last 3 years, the files were created in May 2017, according to the transparency obligations portal, but date from 2016. Of the following years, it has not updated acquisitions.

Acción Nacional is the second political force in the Senate and San Lázaro, with 24 and 78 representatives, respectively, in addition to still having ten governorships.

The millionaire “satellite” party
The “Partido Verde” (the Green Party) is always “in orbit” around the party in power. Since its foundation, this party has obtained positions through its electoral alliances.

They own two buildings used as offices in Miguel Hidalgo CDMX, which according to public deeds, amount to 36 million 70 thousand 661 pesos: its national headquarters, in Loma Bonita 18, in Lomas Altas, of 23 million 364 thousand 898 pesos, and the Executive Committee of Mexico City, in Lafayette 88, in the Anzures neighborhood, valued at 12 million 705 thousand 762.35 pesos.

In addition, among furniture, vehicles and technological devices are valued at $13,284,627 pesos. 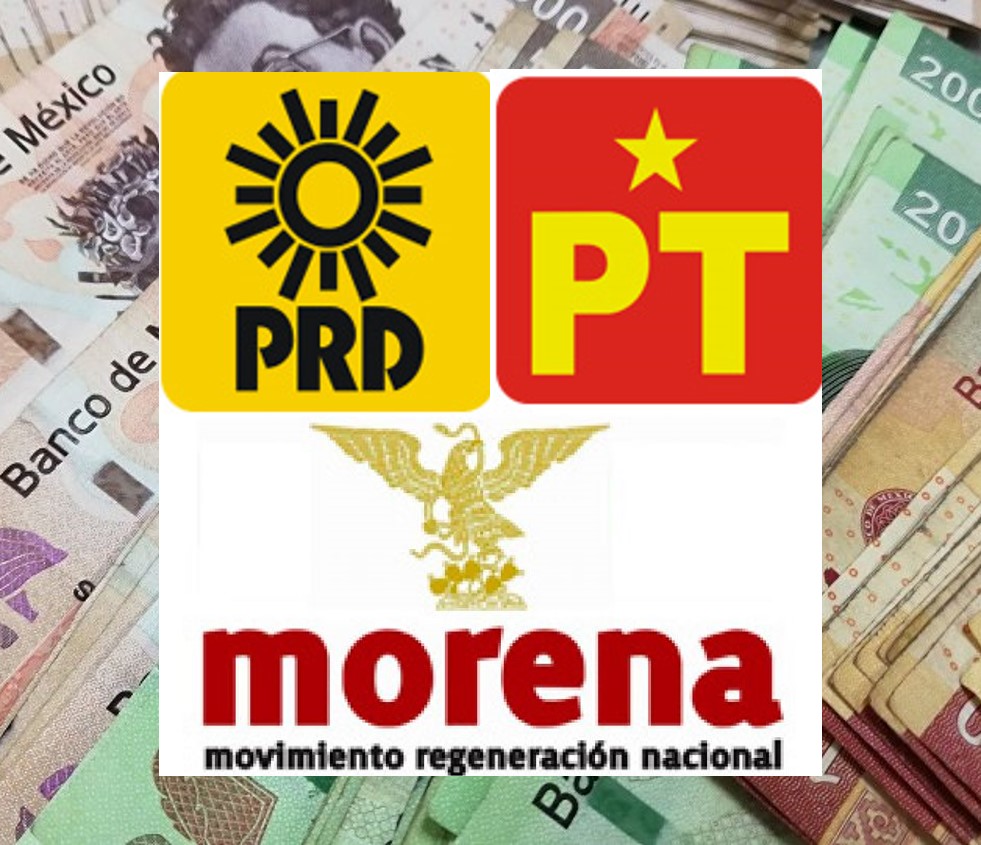 The wealthy Mexican left
Once the main left-wing party in Mexico, the PRD, relegated now to be the fourth national political force, with its internal members in struggle for control, owns five buildings in CDMX valued at 38 million 494 thousand pesos.

Two buildings in colonia Roma, Cuauhtémoc CDMX, located in Monterrey 50 and Durango 338. In Bajío 16, colonia Roma, they own another building and four more in Coyoacán, in Copilco Universidad and in Petrolera Taxqueña. AMLO´s former party does not transparent inventory of movable property nor prices of these.