On Saturday November 16th, Progreso’s Malecon beach woke up with just small spots of sargassum here and there. But by Monday 18th, the sea belched large quantities of the foul smelling seaweed onto the shores of Yucatán.

In fact, the timing was terrible, as a cruise ship arrived on Tuesday Nov. 19th, and the official inauguration of the outdoor beach gym in front of La Paz park took place that morning as well.

Crews brought heavy machinery to remove tons of sargassum, and about 50 workers attempted to prevent the algae from spreading to the entire coastal strip of Progreso over the weekend.

The workers no longer dug ditches to bury the sargassum as they did last week. To address the tide of about two meters wide and up to half a meter high, sand was placed to contain the algae, in an arduous and tedious task.

Despite the effort by municipal employees, tourists from the Carnival Valor cruise ship that visited the port, encountered mounds of sargassum that waiters and restaurant staff tried desperately to clear away from their dining areas. 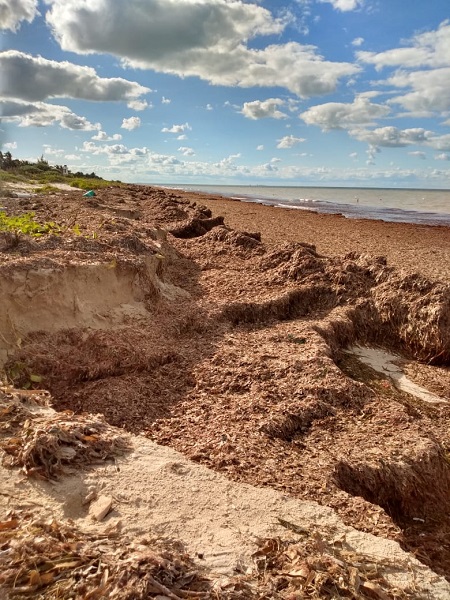 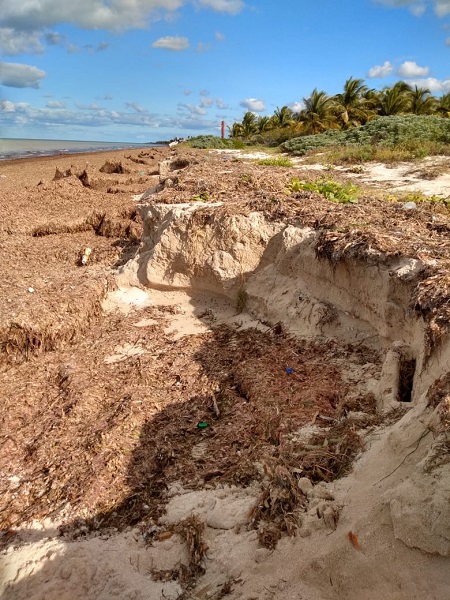 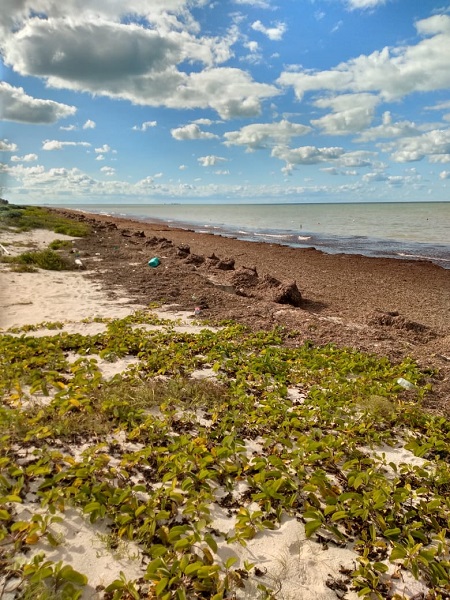 “The presence of sargassum on the coasts of Yucatan, Quintana Roo and some Caribbean islands will continue due to an unusual flowering of this seaweed, both in Caribbean waters and in the Atlantic Ocean”, warned specialists from the University of South Florida.

The University of South Florida has issued monthly reports on the development, reproduction and mobility of this seaweed, that this year caused serious losses for the tourist industry in destinations of the Caribbean islands and coasts of Quintana Roo.

In the current reports of the Yucatecan coasts, massive arrivals of sargassum have been registered in the ports of Progreso, San Benito, San Felipe, Río Lagartos, Telchac and Sisal, in recent weeks. 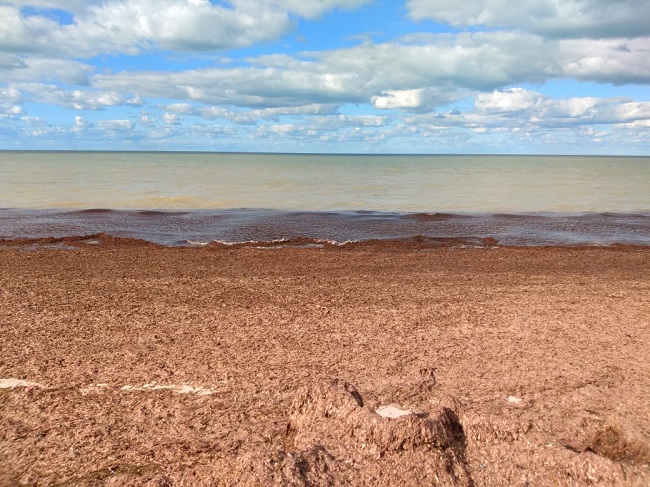 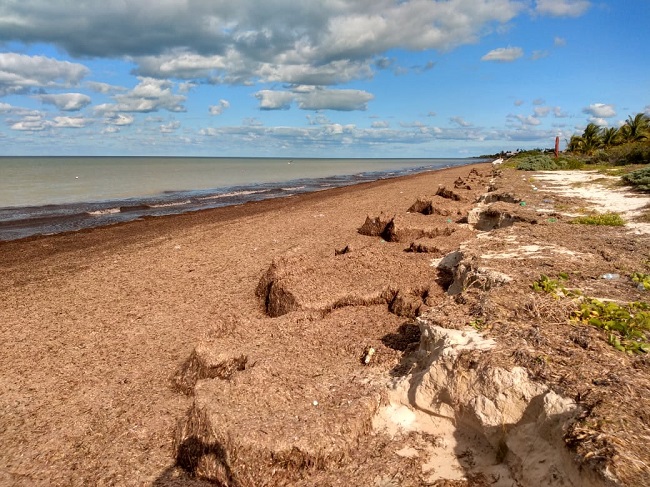 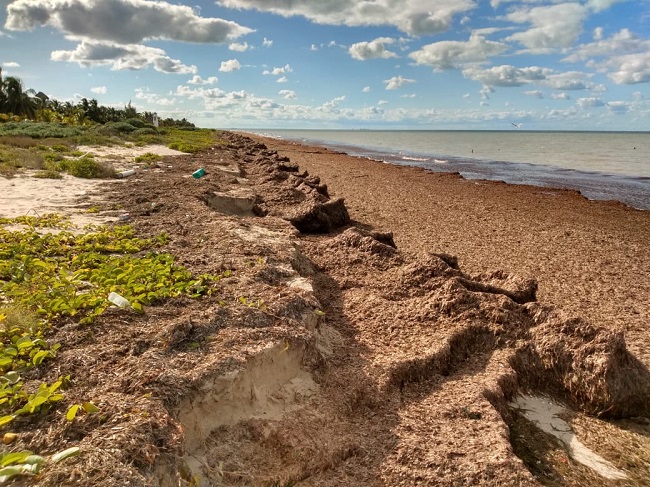 This critical situation has resulted in the integration of the “Sargasso Monitoring Network” in Cancun, that works based on satellite images emitted by the University of South Florida Optical Oceanography Laboratory, in order to quantify and anticipate activities before the eventual arrival of this algae, that in 2019 placed over 5,000 tons of sargassum on the Mexican coast, damaging coastlines, marine species and that have resulted in enormous economic losses for the tourism sector in Mexico and other Caribbean countries.