Get ready to sail with Gambling Cruises: Casino Games at Sea

We had been able to access websites such as Trueblue casino for a long time using the internet connection on cruise ships, but it was not possible to say that this was an ideal solution. Cruise ships’ internet connection is not stable, so a satisfactory online gambling experience could not be achieved.

Well, now we have a serious alternative: how about playing in a real casino on ships, instead of online sites? With Genting Hong Kong’s gambling cruise project, this is now possible, and it will begin sooner than you think – the company plans to launch its first cruise ship in 2021.

The Success Story of Genting Hong Kong
Genting HK had been planning this project for a long time but lacked sufficient resources. If you have never heard of this name before, Genting HK is a Malaysia based company and is already operating in the cruise ships industry. Genting HK was the sole owner of a subsidiary called “Dream Cruises”, and it was running its casino cruise project through this company.

In August, Genting HK announced that it sold 24.5% of Dream Cruises to another company called “TPG Darting”. Later, it was announced that this rate increased to 35%. TPG Darting is a company owned by “TPG Capital Asia”, which is one of the largest investor groups in Asia. As a result of the sale, Genting HK obtained a capital of $454 million and plans to use it all in Dream Cruises.

This may seem like a fairly large capital, but cruise ships are not cheap stuff either. Therefore, two cruise ships are planned to be built with $454 million in the first place. The first of these ships will fall into the “global class” category and will be 342 meters long, weighing 204,000 gross tons. The ship will be able to host 2,500 passengers at the same time and will be manufactured by MV Werften in Germany. 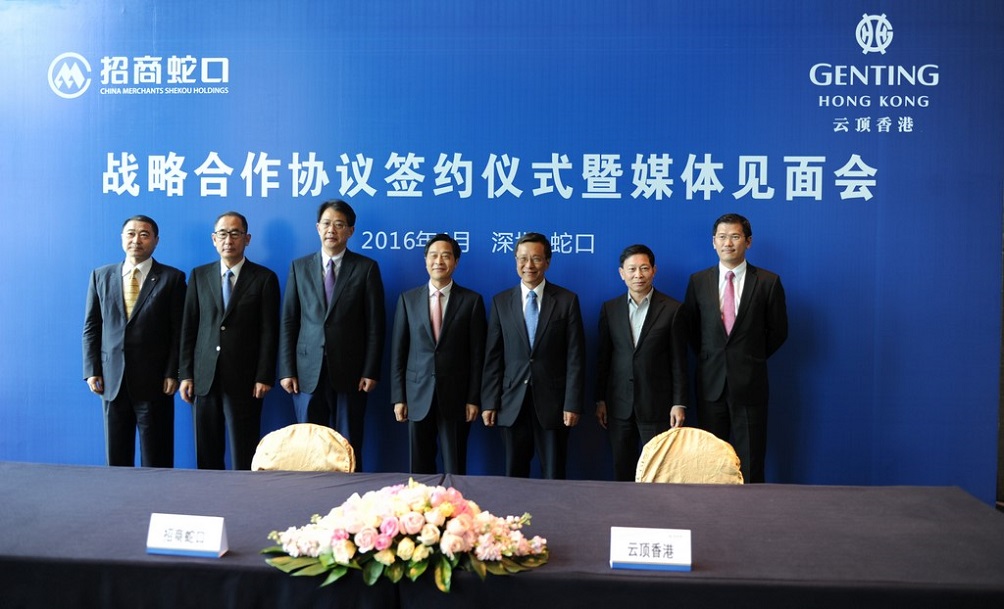 Expanding to Other Continents
Genting HK, which announced a loss of $ 141.3 million last year, plans to build larger ships and sail to the Western seas with this new project. In other words, if things go well, you will be able to see a gambling cruise ship in every port of the world.

As a matter of fact, the first voyage of the new ships is planned for Australia and New Zealand. Later, routes to Russia and Japan will also be planned. Genting HK plans to host 13 million gamblers throughout the year with only its first mega-cruise. When both ships go into operation, almost 25 million people will gamble on these ships every year: indeed, this is a floating Las Vegas project.

Genting HK seems to know what it is doing: gambling is one of the largest industries in Asia, and contrary to popular belief, the world’s largest casinos are located in this continent (especially Macau), not America. In other words, there is sufficient demand for this type of service. However, Genting HK plans to have only half of the passengers on its new ships from Asia – the remaining passengers will be from Australia and New Zealand. Will there be sufficient demand in these two countries? We will wait and see this together; until then, we wish Genting HK good luck.