During the winter season, the Chichen Itza airport will be reactivated to welcome direct flight from Quito, Ecuador, for visitors who will arrive in Valladolid and then, from there to the Mayan Riviera.

The director of the Chichen Itza airport, Jorge Carlos González, stressed that in the winter season Aeroregional will make 32 flights, with an estimated 4,160 passengers, which represents an important opportunity for this air terminal to emerge in the new tourism boom that has been announced for the municipality of Valladolid.

He explained that the Aeroregional airline will fly with Airbus A220 airplanes with a capacity of 120 passengers, bringing travelers to the destinations of the Mexican Caribbean and Yucatan, which will spend the night in different destinations across the Peninsula such as Playa del Carmen, Tulum and Valladolid.

“This is the second season of flights at the Chichen Itza airport, which received 13 flights adding some 1,500 passengers during the summer, on a direct route from South America through the same charter company,” stated Jorge Carlos González.

He also explained that the direct flights frequenices from Ecuador will last until February 2020, which will allow establishing the consolidation of this air terminal, which is taking shape to attend civil aviation flights on a regular basis. 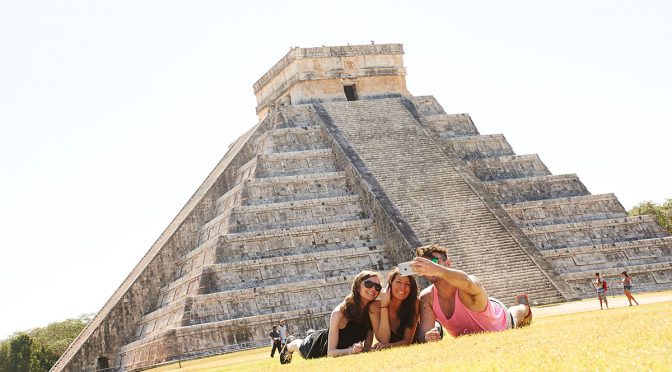 The airport director mentioned that the overnight stays in Valladolid, include visits to the archaeological sites of Chichen Itza and Ek Balam, as well as to different cenotes in the area, and a full day in the Sultana del Oriente (as Valladolid is known locally), which means an important influx of tourists that increases the hotel capacity of that city.

“The tourist companies are working with hoteliers from the Riviera Maya and Valladolid, so Southamerican tourists can spend at least one week in the beach destinations of the Mexican Caribbean and at least one night in Valladolid, either on their arrival or departure, which will allow a significant economic spill for both states, ” said the director of the Chichen Itza airport, Jorge Carlos González.

He concluded that work will continue with the objective of increasing the number of visitors and new flights that will be announced before the end of the year.