AMLO in denial, while Mexico´s violence is out of control

CHIHUAHUA-SONORA BORDERLINE, México (Times Media Mexico) — So far nine U.S. citizens, including six children, who lived in the LeBarón- Bavispe Mormon community in northern Mexico were killed yesterday, Monday 04 November in the evening, some in a storm of gunfire, others, burned alive, according to family members and Mexican officials. Some of the relatives have mentioned to Mexican media, they suspect the LeBarón family was mistaken by drug cartel sicarios, yet, there is no confirmation of a motive in the attack. 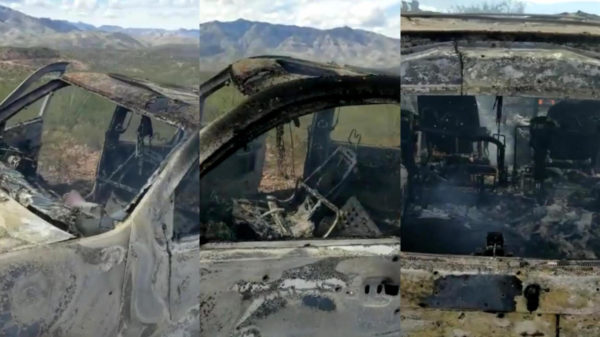 According to United States media, the FBI has opened an investigation into the killings. It happened Monday near the town of Bavispe. The victims all left their community at the same time in three separate cars, some were traveling back to the U.S., for a wedding when all of the sudden the convoy of SUVs was sprayed with gunfire. There were so many rounds that family members said one of the cars exploded.

The families are members of the La Mora settlement, a decades-old community in Sonora state founded as an offshoot of The Church of Jesus Christ of Latter-day Saints and most of the church’s members are born in Mexico but have dual citizenship.

One relative said he located one of the burned-out, bullet-ridden SUVs containing the remains of his nephew’s wife and her four children, twin seven-month old babies and two other children aged 8 and 10.

U.S. Ambassador to Mexico Christopher Landau said in a tweet that Mexican authorities had informed their U.S. counterparts that the dead included three women and six children.

Jhon LeBaron, one of the relatives, posted on his Facebook page that his aunt and another woman were dead. He said six of his aunt’s children had been left abandoned but alive on a roadside. He wrote that 17 of his family members were in the three-vehicle convoy when it came under attack. He said 9 were killed, 6 wounded, and 2 left unharmed.

Julian LeBaron, another family member, identified one of the slain adults on his Facebook page as Rhonita Maria LeBaron. She was killed along with her twin seven-month old babies and two of her other seven children.

The first relative said the convoy set out Monday from La Mora, about 70 miles south of Douglas, Arizona, but was attacked by cartel gunmen in a possible case of mistaken identity. Many of the church’s members were born in Mexico and thus have dual citizenship.

Video emerged showing the still-smoldering remains of one SUV ditched along a road in a remote area. The inside of the vehicle was completely burned out.

This is not be the first time that members of the break-away church had been attacked in northern Mexico. In 2009, Benjamin LeBaron, an anti-crime activist was murdered in neighboring Chihuahua state.

A wonderful family and friends from Utah got caught between two vicious drug cartels, who were shooting at each other, with the result being many great American people killed, including young children, and some missing. If Mexico needs or requests help in cleaning out these…..

President Trump appeared to confirm in a series of tweets on Tuesday morning that it was cartel gunmen behind the attack on the family convoy. He said the family “got caught between two vicious drug cartels, who were shooting at each other.”

“If Mexico needs or requests help in cleaning out these monsters, the United States stands ready, willing & able to get involved and do the job quickly and effectively,” Trump said. “This is the time for Mexico, with the help of the United States, to wage WAR on the drug cartels and wipe them off the face of the earth. We merely await a call from your great new president!”

Senator Mike Lee, a Republican from Utah, said later Tuesday that the U.S. government was “still getting the details” of the case, and it remained unclear “whether these individuals were singled out or whether they happen to be at the wrong place at the wrong time.”

During his morning news conference Mexican President Andres Manuel Lopez Obrador said Tuesday that he did not believe his country would “need foreign intervention to deal with such cases,” but that he was prepared to allow Mexican authorities to work with their U.S. counterparts, provided Mexico’s independence was respected.

“I haven’t yet seen the message” from Mr. Trump, Lopez Obrador said, adding that he was confident it was meant as an offer to cooperate and help, “and we respect this a lot.”

Lopez Obrador rejected Trump’s call for a “war” with the cartels.

“The worst that we could see is war,” he said. “I always say politics was invented to avoid war… War is irrational. We are for peace. It is a characteristic of this new government.”

Mexican President is in denial… the federal Department of Security is also in denial. Mexico has the largest increase in violence in the hemisphere in the last decade. Violence in the country has been unstoppable. In less than one year of Lopez Obrador´s presidency more than 30,000 people have been murdered