This is Mexico’s last goodbye to legendary singer Jose Jose

Huge crowds thronged the Palace of Fine Arts in the heart of the Mexican capital to file past a gold-plated coffin and cry for “The Prince of Song,” whose velvety voice and ballads of heartbreak made him one of the most successful Latin American singers of all time.

“He was one of a kind, unique in all the world. No one can ever, ever replace him,” said Leticia Hernandez, 58, carrying a poster with photographs of the singer.

A Mexican air force plane flew Jose Jose’s ashes — half of them, anyway — to his hometown from Miami, where the musician died on September 28 at age 71. 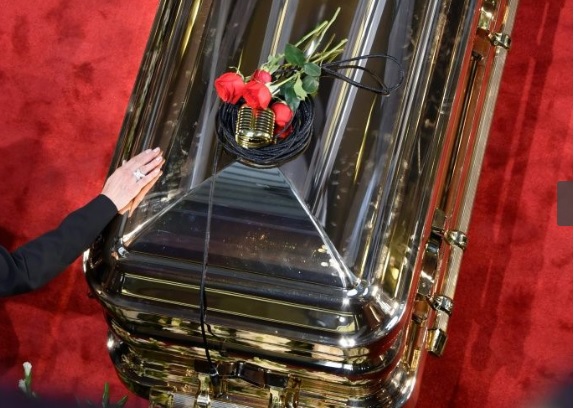 The other half remained in Florida, under a grudging deal negotiated between his eldest children, Jose Joel and Marysol, and their half-sister, Sarita, who lived in Miami with her father and initially resisted plans to bring his body back to Mexico.

In the days after their father’s death, Jose Joel and Marysol accused Sarita of hiding his body, seeking to get rich off his death and “putting on make-up” amid the family’s mourning.

They went as far as to file a police report, hire a lawyer and insist the authorities perform an autopsy, before the Mexican consulate in Miami and President Andres Manuel Lopez Obrador himself finally intervened to mediate.

Under the truce, half of Jose Jose’s cremated remains stayed in Florida with Sarita and her mother, Sara Salazar, a Cuban national who was the singer’s third wife. 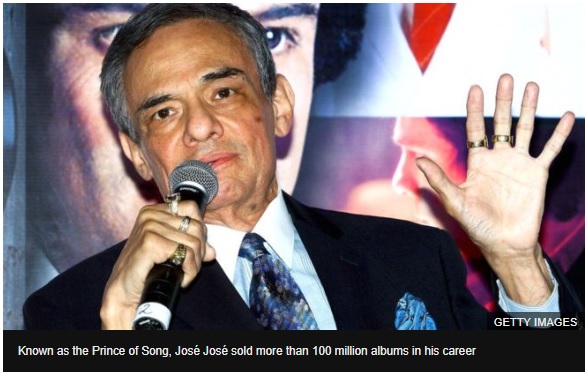 Jose Joel and Marysol, who were born to Jose Jose’s second wife, took the other half to Mexico for a national tribute including the event at the Palace of Fine Arts, a mass at the Basilica of the Virgin of Guadalupe, the country’s patron saint, and an outpouring of grief in the singer’s home neighborhood, Claveria.

The Yucatan Times Newsroom with information from AFP