The Ricky Martin scandal in Uxmal

It has leaked that the National Institute of Anthropology and History (INAH) is about to file a complaint against Secretary of Tourism of Yucatan, Michelle Fridman Hirsch, for a series of incidents that occurred during the visit of singer Ricky Martin to the archaeological zone of Uxmal on Sunday September 22.

According to sources linked to the events, the custodians of the INAH in Uxmal were aware that on that day some Nobel Peace Prize winners who participated in the world summit in Merida, which ended the day before, would visit the area. The laureates did not arrive, but Ricky Martin did.

When the archaeological zone was closed (on Sundays it closes at 5 p.m.), State Secretary of Tourism Michelle Fridman, with insults and arrogance demanded Uxmal to be opened after hours saying: “she is the secretary of tourism and has power over any other local officials”.

The victim of this woman’s arrogance was INAH delegate Eduardo López Calzada, to whom Michelle Fridman Hirsch spoke and demanded that the archeological zone be opened to her, after they had already closed at 5 pm, on Sunday the 22nd of September.

It transpired that the Puerto Rican singer Ricky Martin arrived at Uxmal at 1645 hours. The custodians let him pass and warned him he had half an hour to visit the archaeological zone, which he did and left as agreed, however, long after 1700 hours, Michelle Fridman Hirsch arrived accompanied by 10 to 15 friends from Mexico City and to demonstrate that she has as much power as the governor in Yucatan, she called the delegate of the INAH and demanded that they open Uxmal. 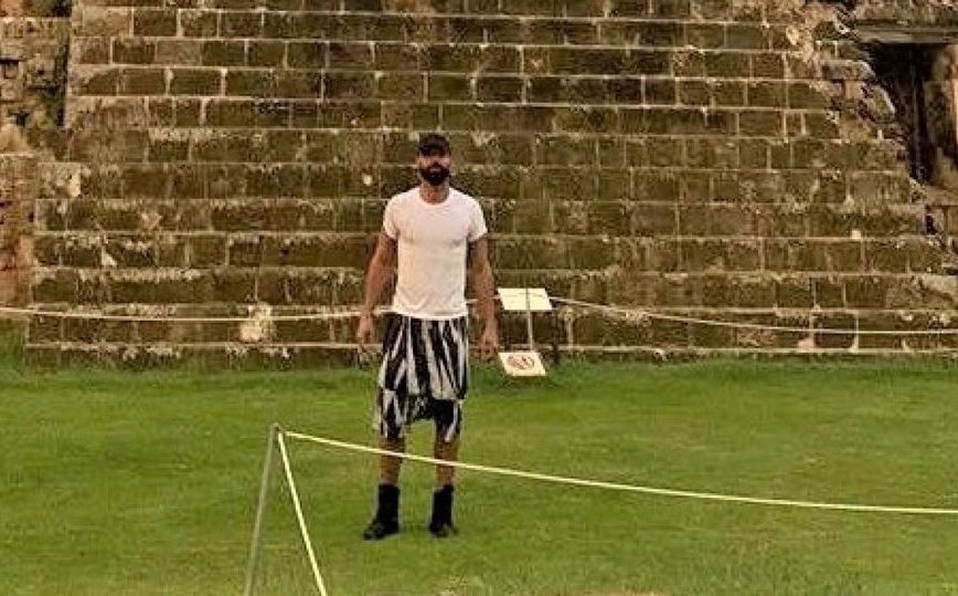 Sources assure that Ricky Martin’s team was asked not to distribute photos of the visit, but he did not comply and posted an image of himself in front of the “Castillo del Adivino” on his social networks.

The situation did not stop there. Suddenly the secretary of tourism Fridman asked for the presence of a Mayan priest for a ceremony dedicated to the former singer of Menudo.

From Bolonchén de Rejón, Campeche, the priest rushed in and asked what his job would be. He was told that the Puerto Rican interpreter wanted something that would give him “good vibrations” and then the Mayan priest, identified as Valerio, made the invocations. Afterwards, the visitors left.

Similar Case
In October 2006, Mexican singer Thalía visited Chichén Itzá outside normal hours and was allowed access to restricted sites, which was revealed when a show magazine published photos provided by the singer. At that time the director of the INAH Regional Center was Federica Sodi Miranda, sister of singer Thalia. Miranda Sodi was harshly critized and repremented for her special treatment towards her celebrity sister.

Once again Miss Fridman Hirsch is under the spotlight and not in a good way because of her behavior.  Perhaps Governor Mauricio Vila should consider whether such a person is necessary in the state of Yucatan.