Silvio Rodríguez an icon of Cuba´s communism… In Mérida – Opinion.

MERIDA Yucatan – Cuban singer-songwriter and representative of the “Nueva Trova” Silvio Rodríguez will perform next December 7 in Mérida on Paseo de Montejo.

Throughout his career, Silvio has composed more than 500 songs and is known throughout the Spanish-speaking world. He has recorded emblematic songs such as: “Óleo de mujer con sombrero”, “Canción del elegido”, “Unicornio”, “El Necio”, “Té doy una canción”, “La Maza”, and “Ojalá”, among others and has a discography of 18 studio albums and four live records, being one of the most important recognized exponents of Cuban music in the world… but he has also been a fundamental piece in the propaganda machinery of the communist and dictatorial regime of Fidel Castro.

Who is Silvio Rodríguez?
Silvio Rodríguez Domínguez was born on 29 November 1946. He is a Cuban musician, and leader of the “nueva trova” movement and considered “the most loyal troubadour of Fidel.”

He is widely considered one of Cuba’s best folk singers and some say one of Latin America’s greatest singer-songwriters. Known for his persuasive and symbolic lyrics, his songs have multiple elements of the Latin American socialism-communism.

Musically and politically, Silvio Rodríguez is the absolute symbol of the Latin American left. His lyrics combine existentialism with radical politics and idealism.

When Fidel took over, he made everything that was considered popular music disappear, most of its performers fled the island and went into exile, and also it was forbidden to listen to them.

Then the “trova” arose, a young and naive Silvio Rodríguez, in a brief moment of innocence, thought he could sing “protest songs”. He was arrested and interned in a forced labor camp, from where he came out singing praises to Fidel’s revolution.

As years went by, Silvio became a deputy in the “National Assembly of People’s Power” (Asamblea Nacional del Poder Popular) of Cuba for 15 years, but he never helped a single person in need nor to change any law. His job was to take the “message of the revolution” around the world.

He never rubbed shoulders with a single person in the extremely poor fields or streets of Cuba. During the infamous “special period” (1990´s) while Cubans literally starved to death, Silvio Rodriguez lived very comfortably in his Jibacoa mansion in Santa Cruz del Norte where, to this day, he can enjoy a lofty view of the sea from the top of a mountain or in his mansion in Vedado, Havana.

It should be noted that from either place it is difficult to see the reality of the Cuban people and with that quality of life… it must be a divine thing to be a communist! 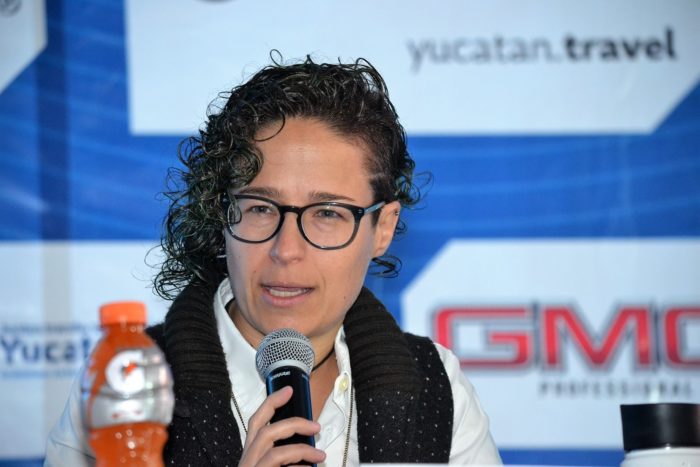 Throughout his career, Silvio Rodriguez has “influenced” or poisoned (depending on who you ask) the mind of multiple generations of young people, including, apparently, our secretary of tourism, who taking attributions that do not correspond to her position, invites Rodríguez to give a concert in the city of Merida, using the Paseo Montejo as his stage.

Without showing any respect for the people of Merida, unilaterally turning Paseo Montejo into a venue not different from the “Carta Clara”, the “Foro GNP (formerly known as the Coliseum) or the palenque of X´Matkuil, forgetting that the carnival was removed from the main artery of state capital for reasons of security and respect for the historical and architectural heritage of the city.

I can’t help to think that perhaps Governor Mauricio Vila has not read enough history to understand that having Silvio Rodriguez as a guest in our state and city is absolutely antagonistic to a state that hosted the World Summit of Nobel Peace Laureates 2019, celebrated just a few weeks ago.

Mrs. Friedman, I am not a psychiatrist, but when a pattern of excessive emotions that seek attention arises, including inappropriate behavior (like the one you recently had in Uxmal), and an excessive need for approval, a person should seek professional attention. There is a condition defined by the American Psychiatric Association as a personality disorder called “Histrionic Personality Disorder” (HDP). Perhaps you’d like to read about it.

Now that Castro is dead and the communist regime of the Island clinges to its past while gives its last sighs… it would be time for all governments to cut ties with that past, since the future will always be much more promising.