From October 16th to 31st, more than 600 artists will participate in the 2019 edition of the “Otoño Cultural” (Cultural Autumn), by invitation from the Secretariat of Culture and Arts. A total of 10 Municipalities will receive 50 events, with free admission.

The most important cultural festival statewide, the Otoño Cultural 2019, will offer the Yucatecan public more than 50 artistic activities in theaters, independent spaces and assistance houses in Mérida, as well as in the rest of the state territory.

The Festival, organized by the State Government through the Ministry of Culture and Arts (Sedeculta), consists of 55 shows for the whole family to be held in 10 municipalities with an investment of more than five million pesos between State and federal resources, through the Support Program for Cultural and Artistic Festivals (Profest) 2019 that integrates the billboard by invitation.

The towns that will host these shows are Cansahcab, Dzoncauich, Espita, Hunucmá, Progreso, Tekax, Ticul, Tizimín and Valladolid, with at least 10 activities each, while Mérida will have 45 artistic events, of which 27 are musical, 14 theatrical, nine dance, three visual arts and two didactic.

The inauguration will take place on Wednesday, October 16, at 8:00 p.m., at the “Peón Contreras” theater with the multidisciplinary show Gala Yucateca, which will bring together 80 talents on stage. Admission is free.

Among the artists that will participate in the Otoño Cultural 2019, the concerts of the Heart Chords with María Teresa and Eduardo Vázquez and the 50th anniversary of the group Los Tachos de Valladolid stand out. 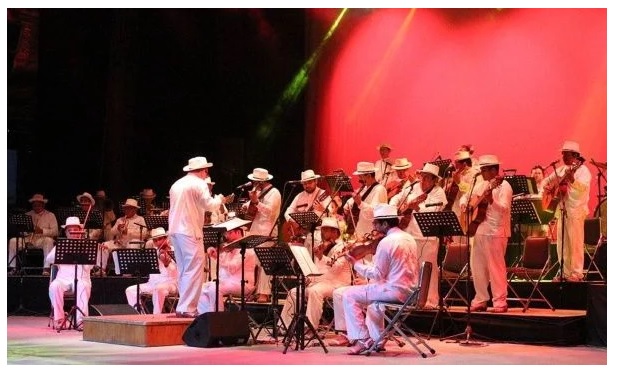 The Yukalpetén Typical Orchestra (OTY), directed by Pedro Carlos Herrera, will participate with the guest voices of Atril 6; Malena Durán, Javier Alcalá and Malena Cardeña; the Chamber Choir, under the baton of Jonathan Rentería Valdés; the State Folkloric Ballet “Alfredo Cortés Aguilar”, and the company Titeradas (puppeteers), by Andrea Herrera.

Sedeculta designated 17 venues including the theaters “Armando Manzanero”, “Daniel Ayala Pérez” and “Peón Contreras”, as well as the Great Museum of the Maya World in Mérida, the Museum of Popular Art of Yucatán and the Palace of Music-National Center of the Arts.