October 2 in Mexico and its powerful meaning

CDMX México (Times Media Mexico) – Mexico commemorates today, Wednesday October 2 2019, 51 years of the massacre of the Plaza de las Tres Culturas, in the neighborhood of Tlatelolco in Mexico City, considered the worst student massacre in the history of the country, committed by the federal government itself.

On October 2, 1968 -according to the accounts of the period-, security forces acted against hundreds of people gathered in the place to demonstrate against other actions of the authorities, which resulted in dozens of deaths.

To date, the exact number of dead and missing is unknown. The figures vary: while some versions speak of 25 fatalities, others place the total above 300 people. The past weekend, Mexican newspaper “El Universal” published an investigation by Susana Zavala, an academic at the National Autonomous University of Mexico (UNAM), who reports that from July to December of that year there were 78 deaths and 31 disappeared.

Fifty-one years have passed since those events, here are some key moments in the history of the movement that gave life to the slogan “October 2 is not forgotten!” 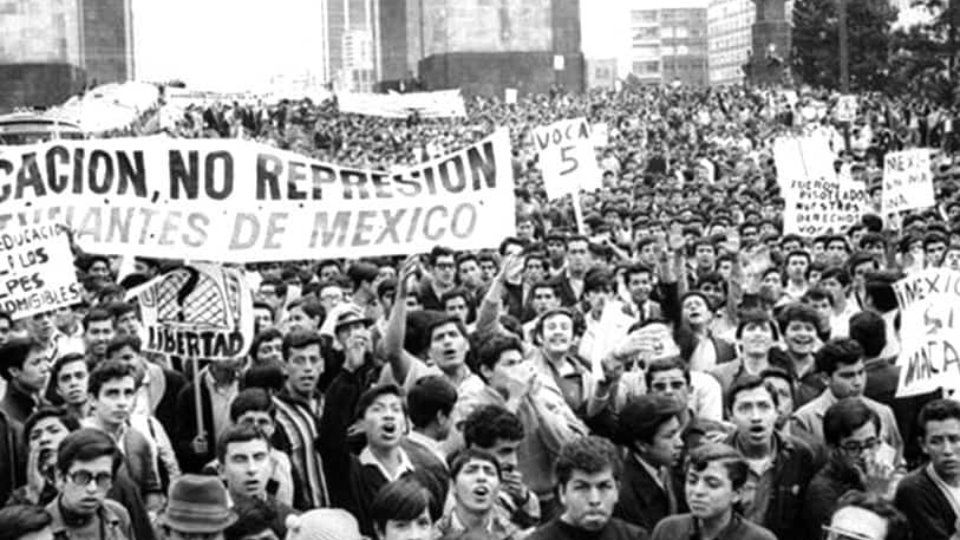 The conflict began on July 22, 1968, when security forces intervened in a confrontation between high school students. There were several detainees, uniforms took Vocational 5 and excessive use of force was recorded against the youth.

A few days later, from July 26 to 29, several schools went on strike and students from the National Polytechnic Institute (IPN) called for a march to protest against the reaction of the authorities and demand more democracy; students from UNAM and the University of Chapingo joined the march. Once again, the government sent police to control the demonstrators.

At that time, Mexico was preparing to host the Olympic Games, which were held from October 12 to 27. The government of the PRI candidate Gustavo Díaz Ordaz (1964-1970) was concerned that a student conflict would damage the country’s image.

By then, the National Strike Council (CNH), made up of students from UNAM, IPN and other universities, had also emerged. Later, teachers, parents, political activists, intellectuals, workers and citizens joined the group, who considered that the authorities limited the freedom of expression and action of society. 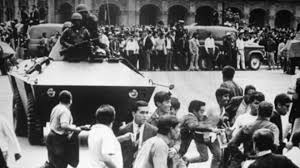 Among their demands were the dismissal of police chiefs, the disappearance of “hit groups” and the elimination of the crime of ” disolución social” (social dissolution) which justified arbitrary detentions.

On August 27, students protesting in the capital’s Zócalo decided to lower the national flag and place a small red and black flag. In the early hours of the 28th, Army tanks left the National Palace to disperse the demonstrators.

On September 13, hundreds of students marched through Mexico City with handkerchiefs in their mouths as a message for the police not to use the provocation of the demonstrators as a pretext to repress them. The event was named “The March of Silence.

On September 18, elements of the Army took over “Ciudad Universitaria” the main campus of UNAM. According to an account in Nexos magazine, the authorities justified the decision with the argument that there were buildings “illegally occupied by non-academic non-university groups”. The military also took over IPN facilities.

Congress, then led by Luis Farías, had accused the rector of UNAM, Javier Barros Sierra, of leading the student movement against the government. Barros Sierra resigned but was not accepted; on 25 September, the UNAM Governing Board expressly asked him to remain at the head of the university. 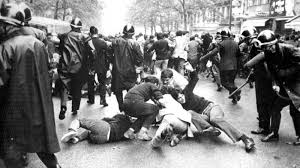 By October 2, a rally was called at the “Plaza de las Tres Culturas” in the Mexican capital. Hundreds of students gathered in the Tlatelolco neighbourhood. While this was happening, the army was there to make sure that there were no disturbances.

Around six o’clock in the afternoon, almost at the end of the act, a helicopter flew over the plaza and fired flares, which has been interpreted as a signal for the snipers of the Olympic Battalion, located in the Chihuahua building, to open fire against the demonstrators.

Then all hell broke loose. The demonstrators attempted to flee… Different testimonies indicate that some neighbors opened the doors of their apartments to protect the young students, although the military began searches and detentions that lasted until the early hours of October 3. The number of victims remains unclear, as do the number of wounded and detained. Some estimates indicate 700 injuries and more than 5,000 detainees. 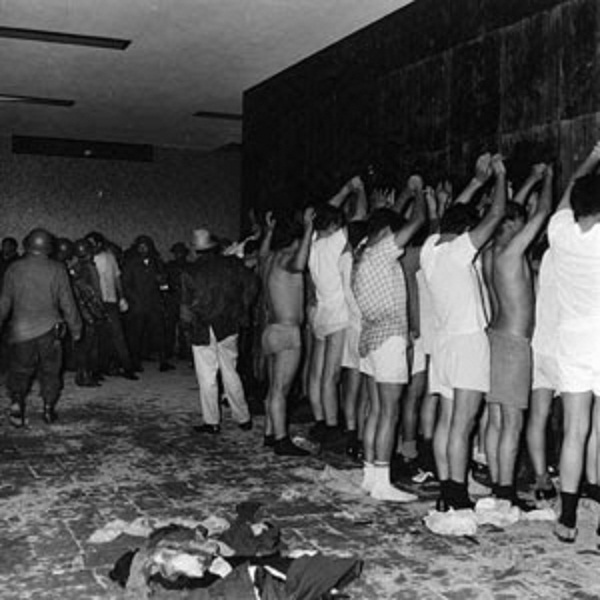 In the days that followed, while there was a difference in the number of people arrested, the number of injured and the number of detainees was higher than the number of wounded and detainees. While different authorities tried to justify the military action, on the grounds that there were armed students, there were also protests against the Government. The writer Octavio Paz, for example, resigned from the Mexican embassy in India.

Some student leaders maintained contact with representatives of the government and, according to Nexos’ account, informed their colleagues that the government intended to close public institutions of higher education.

On Saturday, October 12, President Gustavo Díaz Ordaz inaugurated the Olympic Games. At that moment, a group of demonstrators threw a black kite in the shape of a dove over the presidential box, in repudiation of the October 2 massacre. In November, a memorial service was held in honor of the victims, and by December 4, the students returned to class.

From then on, what happened on October 2 became an emblematic event of Mexico in the second half of the 20th century, an issue that united diverse opponents of the government, and a starting point for the political reforms that eliminated the crime of “social dissolution,”.

The Tlatelolco massacre opened the regime to plurality and, in the long run, allowed for more social participation in public life.