From 25 cities around the world, Mérida was chosen to be the venue of the “Milan Pact Awards” in 2020, an event that seeks to create sustainable, inclusive, resilient, safe and diversified food systems to provide healthy and accessible meals for the entire Population of the world.

“This is the first time this event will take place in a Latin American city”, said the mayor of Mérida, Renán Barrera Concha.

“The Pact of Milan promoted by the United Nations, will be celebrated in our city for the first time,and it is an extremely important event because it will gather around 200 UN representatives from several countries,” he said.

He informed that the Director of Sustainable Development, Eugenia Correa Arce, received the appointment during the closing of the 2019 edition that took place in Montpellier, France from October 7 to 9.

“The purpose of the Milan Pact Awards is to promote the action of mayors in developing sustainable food systems, in a rights-based framework of action, in order to reduce food waste and preserve biodiversity and, at the same time, mitigate and adapt to the effects of climate change. It is also an initiative that seeks to encourage innovation and stimulate the exchange of good practices between the cities that make up the pact, ”he explained.

Barrera Concha celebrated that Merida was chosen, since the Milan Pacts Awards was celebrated previously only on European countries. And Mérida’s current recognition is the result of the work that is done day by day, and that is why Mérida was recently considered one of the best cities in the world by Conde Nast Traveler.

According to the official website of the event, the Food and Agriculture Organization of the United Nations (FAO) in collaboration with the Milan Urban Food Policy Pact (MUFPP) and other cities around the world, launched the Urban Platform for Food Actions, in order to share, interact and find solutions to the problems of food systems at urban, peri-urban and urban-rural levels.

This event is also a place to share initiatives, case studies, good practices and opinions. The objective is to create experiences that help cities move towards sustainable food systems. 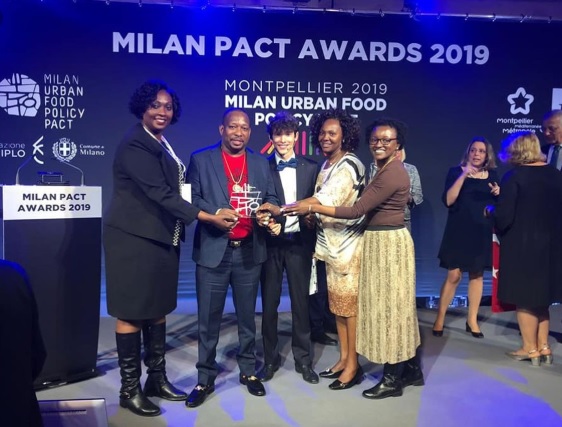 ABOUT THE MILAN PACT AWARDS

The first Milan Pact Awards was presented at the annual gathering of mayors hosted in Rome by the Food and Agriculture Organization (FAO) during the celebration of World Food Day in October 2016. Milan Pact Awards seeks to be innovative in the ways it supports cities’ efforts to strengthen urban food systems and adapt as needs of signatory cities change. The recognition and profile that comes with conferring awards for good practice has been shown to help catalyse change between cities that are more experienced and cities that are just beginning to work in the area of food as it relates to other priorities of mayors.

The Yucatan Times Newsroom with information from milanurbanfoodpolicypact.org