Never in the modern history of Mexico, IMSS nor ISSSTE have had such an alarming lack of medication and other resources to treat patients, that has led to a record number of casualties as now, during the administration of Lopez Obrador.

MEXICO CITY (apro) – The Institute of Security and Social Services of State Workers (ISSSTE) and the Mexican Institute of Social Security (IMSS) concentrate the highest number of reports for drug shortages, informed society organizations, as part of the initiative “No al Huachicol de Medicinas”. (No to the Huachicol of Medicines”). 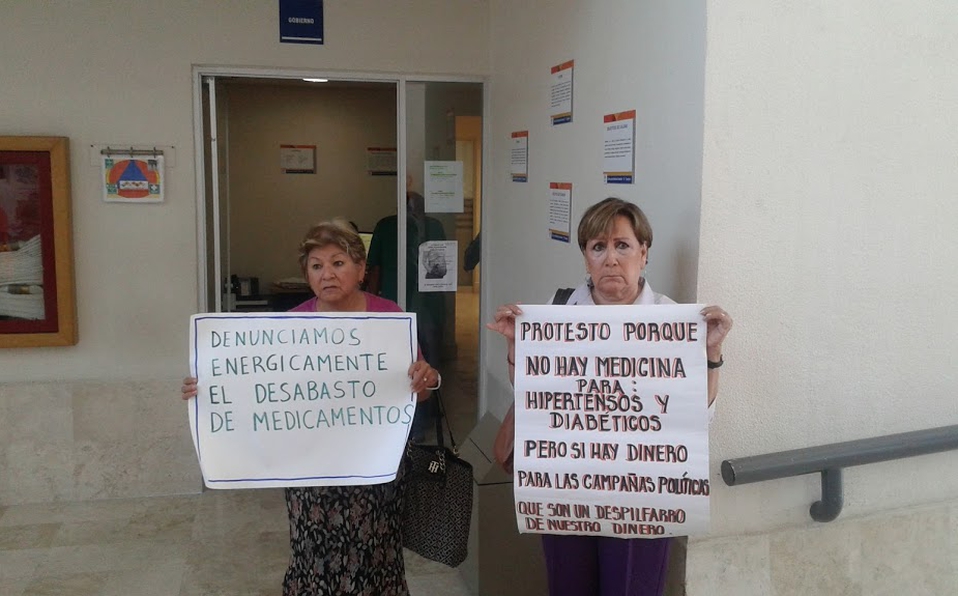 In addition, there is a shortage on medicines used to regulate blood pressure (Losartan, Temilsartan) as well those used for the regulation of glucose in the blood (Insulins and Metformin), health service users report a shortage of drugs to prevent organ rejection in people who have received transplants or to treat kidney disease.

Of the 912 documented cases from May to September 2019, the majority were registered in the CDMX and State of Mexico, where one fifth of the country’s population lives and has the largest number of users and health centers, the others are: Veracruz, Chihuahua and Jalisco. Together, these five entities concentrate 54% of cases reported nationally.

In a press conference, Luis Fernandez, executive director of “Nosotrxs” said that the information obtained represents 5% of total users of the internet platform “No al Huachicol de Medicinas” (No to the Huachicol of Medicines) made up of 19,000 Internet users. 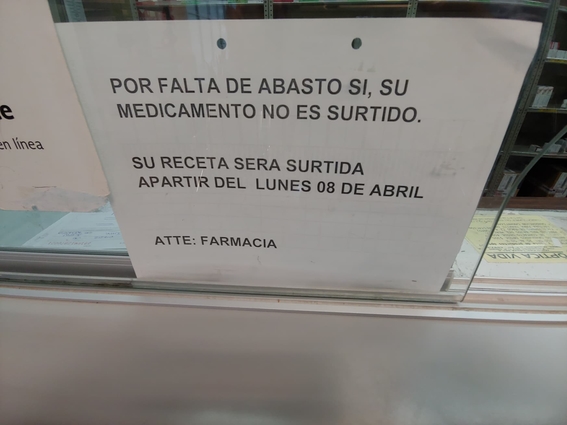 “The challenge” he explained, “is to combat corruption and inefficiency of health systems and multiply surveillance to prevent ant theft and irregularities at any stage of the supply chain, both macro and micro”.

According to the National Union of Pharmacy Entrepreneurs (Unefarm), drug theft and its black market represent between 13 billion and 30 billion pesos annually.

In spite of the lack of medicines, he explained, patients prefer not to denounce for fear of reprisals by the clinic or hospital, that is, that public servants deny them the delivery of medicines on future occasions, delay the delivery, or in the case of employees of the health sector, be fired.

To combat this practice, Nosotrxs, in coordination with the IMSS Association of HIV Living Beneficiaries (DVVIMSS), Fundar Centro de Análisis e Investigación AC and the Mexican Association to Fight Cancer, launched the initiative “No to the Huachicol of Medicines”.

In it, he explained, users can report the lack of medical supplies or drugs, without fear of reprisals, because their data are confidential and are intended to be delivered to the authorities responsible for supply.

Luis Adrián Quiroz, from DVVIMSS, considered it essential to close gaps and begin to believe in the institutions, to protect the complainant and obtain data about the problem, which could help solve it.

“We have to move forward to ensure that the rights of people who live with any condition can be heard,” he said.

He also called on legislators to begin to discuss the issue of corruption and drug theft, which generates millions in losses for the health sector and users, for whom there is no effective redress of the damage.

“We have a big problem and that is called the non-delivery of medicines, but we are not enemies of the authorities. We want to join efforts so that the authorities know about these thefts and the possible chains of corruption that we are finding,” he said.

Unfortunately, never in the modern history of Mexico, IMSS nor ISSSTE have had such an alarming lack of medication and other resources to treat the patients, that has led to a record number of casualties during the administration of Lopez Obrador.

Brenda Ponce, of the Mexican Association Against Cancer, recalled that last month parents of children with cancer had to demonstrate to get the medicine they needed, and at this time patients with kidney damage are considering the same actions.

“A few hours for a patient, not only in the pediatric stage, but any patient with cancer, is a matter of life or death,” she said.

The Superior Audit Office of the Federation (ASF) detected probable irregularities in the health sector of the 32 entities for an amount of 4,853 million pesos.

In addition, 6 out of 10 pharmaceutical companies that recorded more sales in the country obtained tax waivers, ie tax benefits of 5,871 billion pesos during the six years of Enrique Peña Nieto.

Of all companies that were exempted from taxes during the past administration, Roche was the second most benefited and the first in the field of pharmaceuticals, with nearly three thousand 796 million pesos, real price 2019.

“We are concerned, because the entities with the highest poverty rates are precisely those that do not verify spending correctly. Oaxaca has yet to clarify 1.446 billion pesos and Chiapas 1.68 billion pesos,” he said.

These irregularities and mismanagement are part of the Fund of Contributions for Health Services (FASSA), which has 5 billion pesos and is intended for the poorest communities in the country.

According to the report, families in marginalized areas spend more than half of their monthly income on medical care and the purchase of drugs. In 2017 alone, he detailed, more than 40% of the country’s total health spending came from out-of-pocket spending and 60% of this was earmarked for the purchase of medicines.