Discover the Wonders of Dos Ojos, One of the Most Extensive Dive Sites in the Yucatan Peninsula

Dos Ojos is one of the most extensive dive sites in the Yucatan peninsula and is home to the one of the largest underwater cave systems in the world. Which is why many people choose to dive in the area and explore the caves and the wildlife who reside there.

“Many people enjoy diving in Mexico, because it offers them an exciting experience filled with wondrous sights. Professional diving instructors at Dos Ojos can help to ensure that all those who dive at the caves are safe, which makes it ideal for beginners and experts,” says Sebastián Garcia, a diving expert from sincable.mx.

Mr Garcia adds “Dos Ojos also allows people to go snorkelling, so it diving isn’t your thing, you can still explore the waters without having to go underwater. If you’re Quintana Roo, then make sure you check out the caves!” 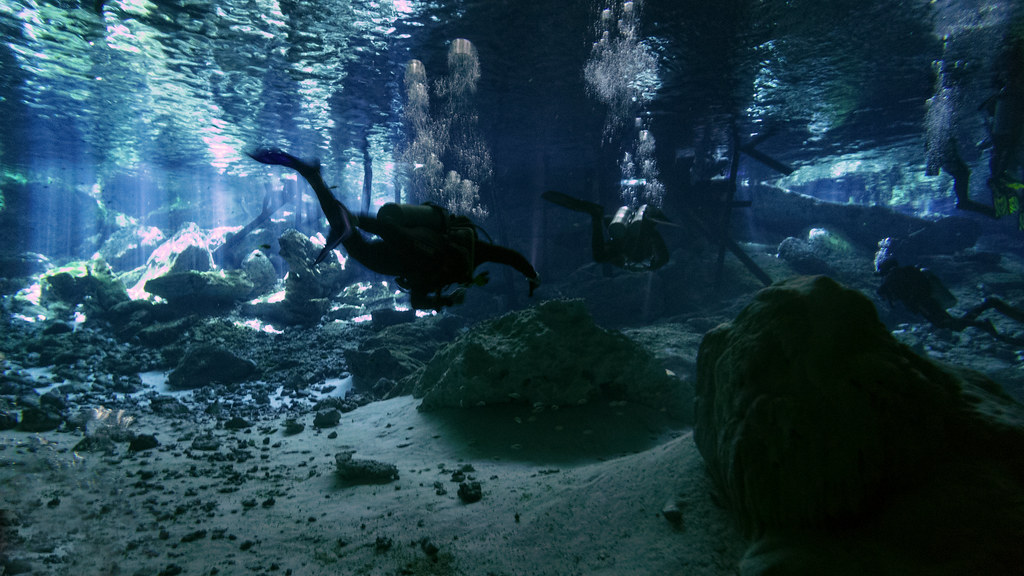 Dos Ojos is part of a flooded cave system which is located north of Tulum, on the Caribbean coast of the Yucatan Peninsula. People started exploring the caves in 1987 and are still exploring the depths of it today.

The name Dos Ojos means two eyes and was named this because of the two neighboring cenotes which connect a very large cavern zone shared between the cenotes. The two cenotes look like two large eyes in the underground.

The two cenotes, which are known as the Barbie Line and the Bat Cave Line, are the two main ways which divers enter the cave.

The Barbie Line is a 500 meters circuit, which leads divers along the second eye. This option gives divers a lot of daylight and also provides them with a lot of space to swim around large columns.

The Bat Cave Line feels more like a cave and as such is darker, because it leads around an air filled bat cave.

The Dos Ojos underwater cave system has featured on TV and in films, including the 2002 IMAX film Journey into Amazing Caves, the 2006 BBC/Discovery Channel TV series Planet Earth, and in the 2005 Hollywood movie The Cave.

Dos Ojos is the deepest known underwater cave passage in the world, with an incredible 118 meter depth to it. The cave system as a whole is at least 61 km in length, which provides the perfect place for divers to explore.

Water temperature of the cave system is at a constant 79 Fahrenheit year-round.

How to Dive Safely in Dos Ojos

Cavern diving and Cave diving are both available on-site and are operated by guides, so that divers can experience the very best that the cave system has to offer.

Make sure you follow all instructions that are provided by your guide to ensure a safe dive. And once you’re in the narrow parts of the cave, be sure to watch your head as stalagmites and stalactites will be close.

Mexico is a diving hotspot for tourists and locals alike, as there are many places in the country where divers can experience the wonders of the ocean. If you’re planning your next diving trip, we recommend Cancun, read about some of the beautiful wildlife you’ll meet during your dive.