Angry citizens drag mayor through the streets in Chiapas

Angry farmers in the municipality of Las Margaritas, Chiapas, Mexico abducted the “Presidente Municipal” and dragged him through the streets after claiming he backtracked on key campaign promises.

A group of indigenous people and peasants from the community of Santa Rita Invernadero, in the municipality of Las Margaritas, upset by the breach of the campaign promises of the current municipal president, went up the Municipal Presidency with sticks and stones, entered the premises and literally abducted the Mayor Jorge Luis Escandón Hernández.

They tied him to a pick-up truck and dragged him along the dirt road for two or threes blocks.

Local officials and municipal police officers  tried to prevent indigenous Tojolabales from dragging around the PRD mayor, which led to a confrontation ended up in twenty wounded and at least 11 men arrested.

After running several blocks behind the truck, municipal police officers managed to free the mayor, who resulted with blows and bruises, and who, eight hours after the incident, reappeared in the central square of Las Margaritas. Escandón Hernández held the leaders of the Santa Rita community responsible for the attacks.

The angry indigenous mob blamed the mayor of not fulfilling the promises made six months ago, to rehabilitate roads, bring drinking water and electricity to the 500-people  rural community of Santa Rita Invernadero. 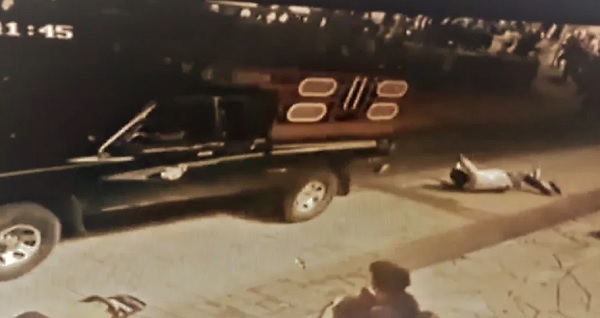 The Yucatan Times Newsroom with information from