“If it were up to me, I would disappear the Army”… Andrés Manuel López Obrador.

MEXICO City (News agencies) – Never in the modern history of Mexico, the relationship between the president and his Army, has been as fragile as it is today. The Mexican armed forces feel extremely unhappy and betrayed by their Commander in Chief, after the failed operation in Culiacan that has led to an almost breaking point between the military and Alfonso Durazo, current head of AMLO´s security council. 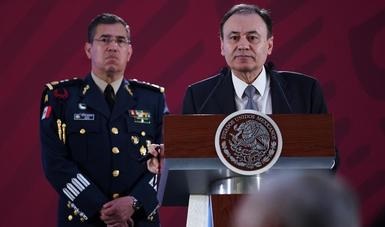 The relationship itself hasn’t been easy. Much less when Congress defined that the National Guard would be under a civilian command and not a military. Alfonso Durazo may appear as the Secretary of Security and formally be considered as the head of the Security Cabinet but the truth is that he is scorned by the Mexican Army and the Navy.

What happened in Culiacán with the failed operation to detain, for extradition purposes, Ovidio Guzmán López (son of El Chapo Guzmán) was the breaking point.

No matter how much the President of the Republic defends Durazo and rejects his resignation, the armed forces have pointed their fingers towards Durazo since that very afternoon of the humiliating episode.

Secretary of Defense General Luis Cresencio Sandoval, at a press conference, mentioned several things such as:

Durazo himself reaffirmed that “the arrest warrant did not come in time.” Different videos that appeared on social networks since the weekend have one thing in common: to save the honor of the military, a divided army.

It also emerged on social networks, that General Crescencio Sandoval, Secretary of National Defense (SEDENA), is angry with President Andres Manuel Lopez Obrador because he was not informed that the operation would be carried out in Culiacan, which was unsuccessful.

The operation to capture Ovidio Guzmán López, son of Joaquín “El Chapo” Guzmán, was prepared by Security Secretary Alfonso Durazo himself.  The military command was not aware of it and was not taken into account in the failed “operation” until they were without the possibility of reacting adequately.

It leaked that in an eagerness to earn points for the capture of the sons of “El Chapo” Guzmán, the Secretary of Security, Alfonso Durazo himself, organized it in his own way, without taking into account the Army special forces, who have participated successfully in this kind of operations, as an example, when of the Mexican Navy special forces eliminated Arturo Beltrán Leyva in December 2009 in Cuernavaca.

On that occasion the operation contemplated the installation of 2 security rings and the eviction of adjacent buildings before taking for assault the home of Beltrán Leyva. Members of the Navy elite group terminated him when he resisted capture. All of them supported by artillery vehicles, snipers and helicopters. 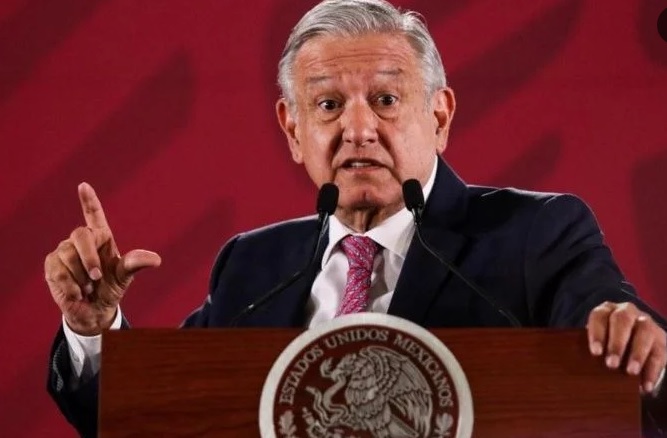 Adding insult to injury
In Culiacán, the operation organized by the National Guard was prey to improvisation, inefficiency and inexperience, and above all they underestimated the response capacity of the Sinaloa Cartel. The commanders who organized the operation ended up folding their hands and submitting to a shameful agreement to free Ovidio Guzmán López.

This is the first time in the history of the country that elements of the Army are humiliated, captured, stripped of their weapons and vehicles. An insult to the Mexican military, followed by one that has reached a new level: AMLO´s unfortunate declaration.

“If it were up to me, I would disappear the Army and turn it into a National Guard, I would declare that Mexico is a pacifist country that does not need an Army and that the defense of the nation, if it were necessary, we would all do it,” the president told newspaper La Jornada. “The Army and the Navy would become the National Guard to guarantee security,” he added. “But I can’t do it because there is resistance. One thing is what is desirable and another what is possible”.

In Latin America, Costa Rica and Panama are the only countries that do not have an army, but do have a militarized force.