A group of Spanish archaeologists are working with own economic resources in the rescue of an ancient walled Maya city, which contains important vestiges, such as a pyramid over 15 meters high and 50 meters long, as well as a ball game court (juego de pelota).

The site is named X’baatún and is located in the Oxhuatz ecotourism park, in the municipality of Tekal de Venegas, just 80 kilometers (50 miles), east of Mérida. The Spanish archeologists working on this project are beng funded by the European University of the Atlantic and private sponsorship from Spain.

These specialists, who come from cities such as Barcelona, ​​Madrid and Santander, have the permission of the Archeology Council of the National Institute of Anthropology and History (INAH) to carry out explorations on the site, which first stage that began last August, has already concluded.

The director of the Center of the National Institute of Anthropology and History (INAH) Yucatan, Eduardo López Calzada, indicated in an interview for Notimex, that the national regulations on archaeological research allow any researcher regardless of their nationality to carry out exploration work.

“It is an official standard that regardless of the origin of the research project or the resources to finance it, the INAH allows anybody to carry it out, as long as they meet the requirements demanded by the Archaeological Council of National Insititute of Antropology and History”, López Calzada declared. 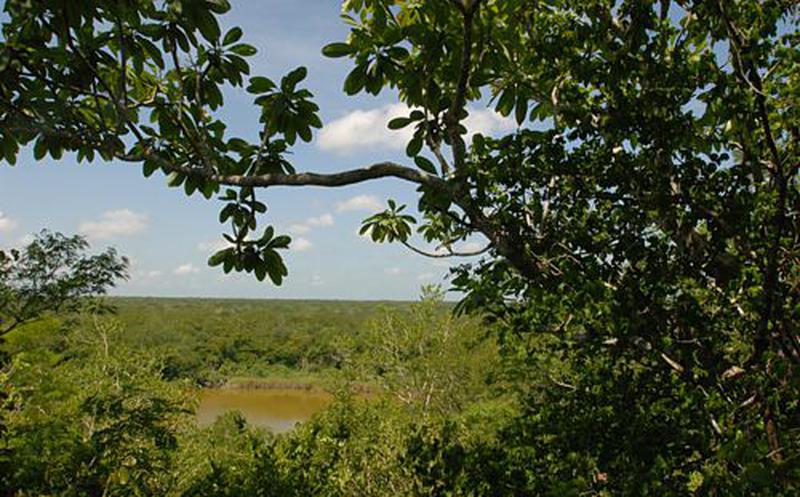 Nevertheless, staff from INAH is also supervising and monitoring the work done by the foreign specialists in X´baatún, and the first results confirm that it is an important settlement, due to very particular characteristics such as the walled area and the Ball Game court.

Probably as important as Izamal

During these first works it was found that the pre-Columbian site dimensions place it in similar relevance to that of Izamal, because in addition to the pyramid and the ball game, it has a nearby cenote, several buildings that form a central complex and four watering systems in the surroundings. 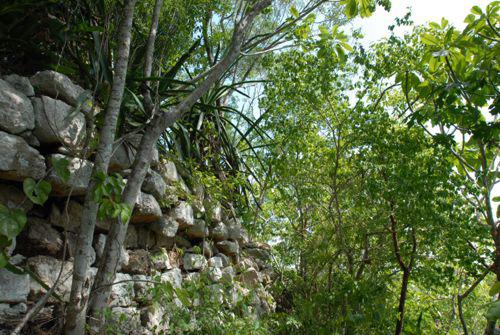 According to archaeologist Juan García Targa, collaborator of the Local Architectural Heritage Service of the Diputación de Barcelona, and one of the leaders of the project, the walled city is part of the core of more than 500 hectares that make up the Oxhuatz ecosturistic park.

The specialist explained that in this park there are cenotes, several waterings and three large archaeological areas, one of these is X´baatún, which in Maya means “Place where water is collected”.

He recalled that since the mid-1990s, he has collaborated in archaeological rescue expeditions in the state of Yucatán, and his first tasks were part of the rescue project of the ancient Maya city of Izamal.

During that period, they did an initial topographic work in X´baatún, then in 2006 another series of works were carried out in the area in collaboration with Mexican researchers.

García Targa said that the type of work they are condcting right now seeks to find out more about what the site was, as its architecture reveals palaces with rooms at the top and of course a ball game court.

Another of the important observations is that it is presumed that during the last phase of the occupation of X’baatún, materials from its buildings and constructions were used to wall the central area of ​​the site, in order to protect it from attacks by other neighboring groups, they might considered dangerous.

The recent ceramic materials found during the work carried out in the place, show that it dates from the early classic (400-600 AD) to the late classic terminal (900-1000 AD).

The Spanish researcher explained that the works will continue during the month of October, when excavations will be carried out in the buildings area, and restoration works will begin as well.

In this regard, the INAH Yucatan Center researcher, Alfredo Barrera Rubio, clarified to Notimex that the site was discovered several years ago, so it’s not a recent finding, as reported by some local and national media.

“The place was registered by the INAH ever since the 1980s, when the Archaeological Atlas of Yucatan was being developed and, later, in the year 2000, a regional project was carried out,  again this site stood up, and even a sketch of the place was made back then” he added.

In an interview, Barrera Rubio commented on X´baatún that it is proof that the ancient Maya culture still holds many secrets underneath the Yucatecan jungle waiting to be revealed.

“There will always be new challenges and, as we observe, as explorations are made some points are clarified and other questions arise, there is still much to discover about the ancient Maya,” the specialist concluded.