The mayor of Umán, Freddy Ruz Guzmán, ordered the immediate removal of a commander of the police in that municipality, who was caught on video extorting construction workers, asking them for 50 pesos “per person” to let them go.

In a statement, the municipality of Umán confirms that the situation took place on Saturday September 21, in a checkpoint installed on the Umán-Tebec road.

The dismissed commander’s name is Pedro Sulub May, who was discharged after several consultations with the council members of the Public Safety and Road Commission.

“We urge the population to denounce any act of corruption or abuse of authority at the “Citizen Assistance” offices located in the Municipal Palace,” the statement said.

As we reported earlier on The Yucatan Times, a police officer from the municipality of Umán was caught on video asking construction workers for “mordida”. Allegedly two of the workers were drinking alcoholic beverages and the municipal agents asked 50 pesos for each one so they could continue their way.

And today,  the mayor of Umán, Freddy Ruz Guzmán, delcared that the corrupt official is Commander Pedro Sulub May, and he has been fired from the municipal police force. 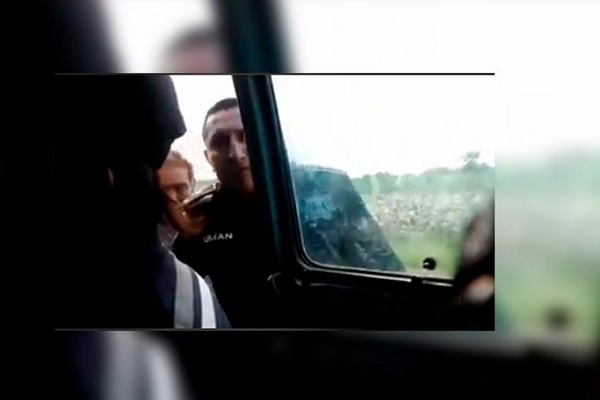