The new U.S. ambassador to Mexico has taken aim at Mexican icon Frida Kahlo for her support of Marxism, stirring up a fierce social media debate with a tweet asking if the painter had not been aware of atrocities committed in the name of that ideology.

Few Mexicans have enjoyed greater global recognition than Kahlo, who spent long periods bedridden after a traffic accident in her youth, attained international fame following her death in 1954 and became a feminist symbol in the 1970s.

She created some 200 paintings, sketches and drawings – mainly self-portraits – in which she transformed her misfortune into works of bold color.

U.S. Ambassador Christopher Landau, who was appointed by President Donald Trump and sworn in last month, must navigate a volatile bilateral relationship. Trump frequently berates Mexico over trade and immigration.

Not shying away from controversy himself, Landau took to Twitter on Sunday during a visit to Kahlo’s house, now a museum in the colonial-era Mexico City neighborhood of Coyoacan.

“I admire her free and bohemian spirit, and she rightly became an icon of Mexico around the whole world. What I do not understand is her obvious passion for Marxism, Leninism, Stalinism. Didn’t she know about the horrors committed in the name of that ideology?” he wrote in Spanish.

Kahlo and her husband, muralist Diego Rivera, embraced Marxism and supported Soviet dictator Josef Stalin, after initially backing his rival, revolutionary Leon Trotsky. Stalin is now widely held responsible for the deaths of millions of people, many in the Gulag network of labor camps. 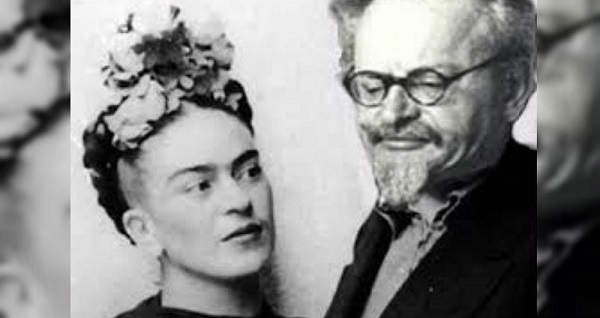 Landau’s tweet drew a mixture of responses. Some of the 1,600 comments were supportive, and accused the government of President Andres Manuel Lopez Obrador of emerging from the same Marxist tradition.

Landau’s following on the online platform jumped to more than 76,000 on Monday from about 40,000 before the tweet.

Others were clearly irked, and blasted the United States for its long history of interfering in the internal affairs of Latin America and other countries around the globe, often to counter socialist governments.

“In the name of fighting that ideology, the U.S. killed children in Vietnam by bombing entire villages and supporting dictatorships throughout Latin America,” said user @Quetzalcoaltl1.

The Mexican Communist Party weighed into the debate, saying: “Ambassador Landau, Comrade Frida was consistent with humanism, the search for democracy and freedom of Mexico’s workers and people, and therefore she was a Marxist-Leninist, and of course Stalin’s admirer. Don’t show your ignorance anymore, imitating Trump.”

The U.S. Embassy in Mexico said it did not have further comment about the debate.