The Akumal Ecological Center is trying to restore deteriorated species.

TULUM, Q. Roo – The three thousand coral fragments planted in 20 artificial structures and in concrete pillars were carried out in the Akumal reefs in order to restore those damaged by various causes, informed the Akumal Ecological Center (CEA).

These coral fragments were grafted to fulfill part of the state government’s commitment to carry out a massive planting of coral colonies in the Quintana Roo reefs. 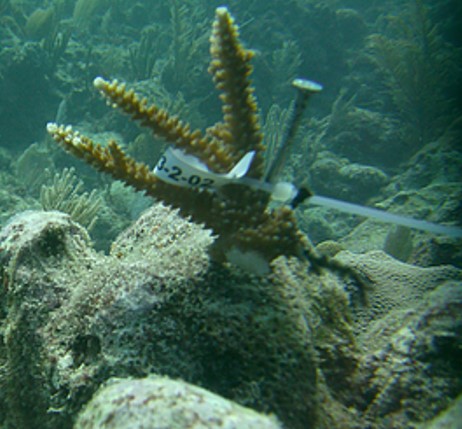 Several institutions collaborated in the restoration and the work was coordinated by the CEA, through the Coastal Ecosystems program, in charge of Baruch Figueroa Zavala, who recalled that in 2014 and 2017 500 colonies were planted.

More than 20 people participated in the planting of the corals in more than 12 hours of collective work.

The days are preceded by almost a thousand corals planted in early July by the CEA and the Regional Center for Aquaculture and Fishing Research (CRIAP).

The planting of corals is a work that has been done in other years, and in 2018 were 300 corals planted by this environmental organization and another called GVI.

To see a broad efficiency and productivity of the project, CEA partnered with CRIAP and the National Institute of Fishing (INAPESCA) in 2018, with the scientific assistance of Dr. Claudia Padilla Souza and assistants from that center.

This work of coral culture and planting has the financial support of the MARFund foundation, the Healthy Reefs Initiative, as well as the support of partners such as Global Vision International, the National Autonomous University of Mexico (UNAM), the National Commission of Protected Natural Areas (CONANP), and private companies of Akumal.

Continuing with this work requires funding for continuity in the medium and long term, and thereby recover the environmental functions and services provided by the reefs of Akumal, said Baruch Zavala.

Staff from the Regional Center for Aquaculture and Fishing Research (CRIAP) trained those who carried out assisted dispersal actions and planted coral fragments of the species Acropora cervicornis, Acropora palmata, Orbicella faveolata and Montastraea cavernosa.