When she returned from school a young adult, doña Carmen relocated to Mexico City, away from the small-town atmosphere of Mérida and where she could follow her own path without being judged. As one writer described her, she had “a swinging youth” in Mexico’s capital. “I’ve seen all the nightclubs,” she told the writer.

She was 34 when her father died in 1964, and that brought her back to Mérida and the family business. In the 20 years since acquiring all of Chichén Itzá, the Barbachanos had not only survived the war but in its aftermath built the business into an empire, acquiring the Hacienda Uxmal (which included the ancient Maya city), a growing operation in Cozumel, numerous properties and businesses in Mérida, Yucatán state, and in the state of Quintana Roo.

In what had become the Barbachano way, the various businesses were split between family members—her mother, her brother, and doña Carmen. She inherited the fledgling Mérida Travel Service and the Hacienda Chichen, which at the time served as overflow for the Mayaland. At 40, it was time to grow up, to move on from the pampered and indulged daughter who flitted across Europe and dabbled in art galleries. Carmen dug in and found that she took after her parents.

She grew the travel service from two to 35 employees. She also set out to build her own hotel, one could she call her own. She purchased the lot next to her father’s house in Mérida and financed a loan through the state tourism department to build what would become the Casa del Balam. “I know some people think we can write a check for ten million pesos—that’s what it cost—but we really can’t,” she said in 1970.

Her new hotel was another Barbachano tourism success. Carmen designed every feature of the hotel from the ground up, focusing on the heavy yet traditional design of the furnishings. “I worked twenty-four hours a day,” she said.

“I have almost three hundred employees,” she said in 1970. “I don’t delegate any important decisions, nor do I believe in partnership. Not a check goes out that I haven’t signed.” 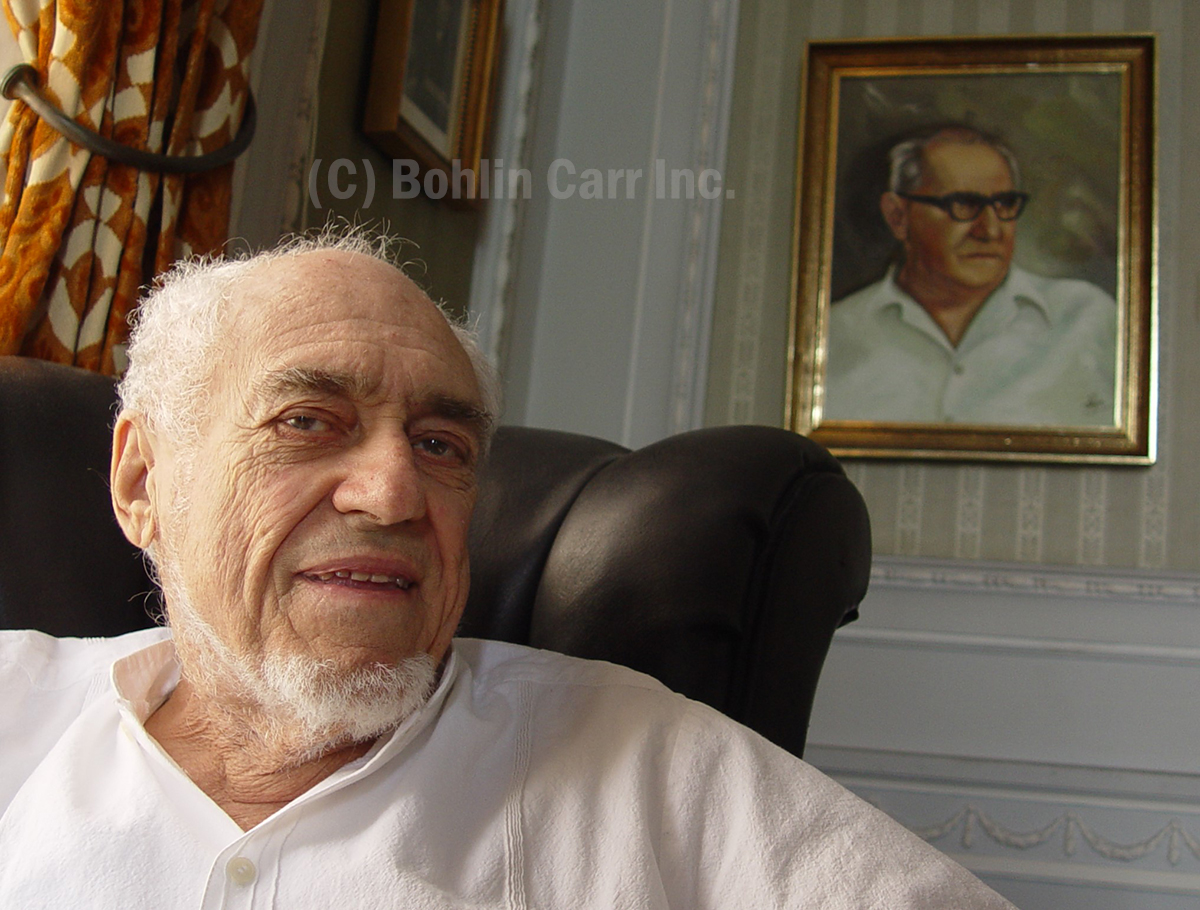 “There are lots of myths about [the Barbachanos],” Carmen said in 1970. “That’s all right: I enjoy it, and it’s a business advantage. If you ‘re playing poker. you want your opponent to think you’ve got a handful of aces. Sure, we’re wealthy, but in a provincial way.” She did not feel rich. Barbachanos were not considered part of the Casta Divina, the first families of Yucatan that came to wealth via the oppressive henequen plantations. “I live with my two feet on the ground and any money I have I invest again. We are bringing tourist dollars to Yucatan and creating jobs for local people,” she said.

Another myth is that the family works in lockstep. The truth is far from that. “When the Barbachano family gets together, we don’t talk business, we fight,” she said in 1970. It has always been that way. “We’re all very opinionated. Mother says the first time she went to my father’s house, there was so much shouting she was afraid she was intruding on a family quarrel. But my father just laughed and told her it was a normal family reunion, where you have to scream to be heard.”

Looking back upon her life, doña Carmen expressed to me that her one big regret was that she and her brother did not get along. I asked her about brother Fernando and the first thing she told me was, “He says he was my brother, but I don’t know.” Fernando once told me in an interview that his sister believed he had been swapped with another baby at the hospital.

The siblings could not have been more different. Brother Fernando was a dreamer, a man of tremendous passion and energy, but in many ways unsuited for business. Doña Carmen, by comparison, had an aptitude for business and management, but did not have the imagination and foresight her brother inherited.

“If he and I would have been together after our father died,” she said wistfully. Together the two would have been unstoppable, in business and in life. “I think he needed me and I needed him.” Instead, they went their separate ways, with Fernando creating and running businesses and doña Carmen doing the same, frequently competing over the same market.

Carmen eventually owned and managed six hotels and multiple other businesses, independent of what her brother was doing. More than once when one of Don Fernando’s business ventures would implode, he would turn to his sister to bail him out, which she did.

In 2008, brother Fernando had been dead for two years. He had spent or given to his children and grandchildren the fortune he had inherited. Doña Carmen appeared to have everything and more of what she inherited, including the Hacienda Chichén, which at the time was run as a boutique hotel by her niece (and Fernando’s daughter) Belisa.

We talked some more about the government’s threat to take Chichén Itzá. What the government wanted, she said, was all the Barbachanos in one room to negotiate. I asked her when the last time was that the whole family had been together. “Never,” she said with a dry laugh. 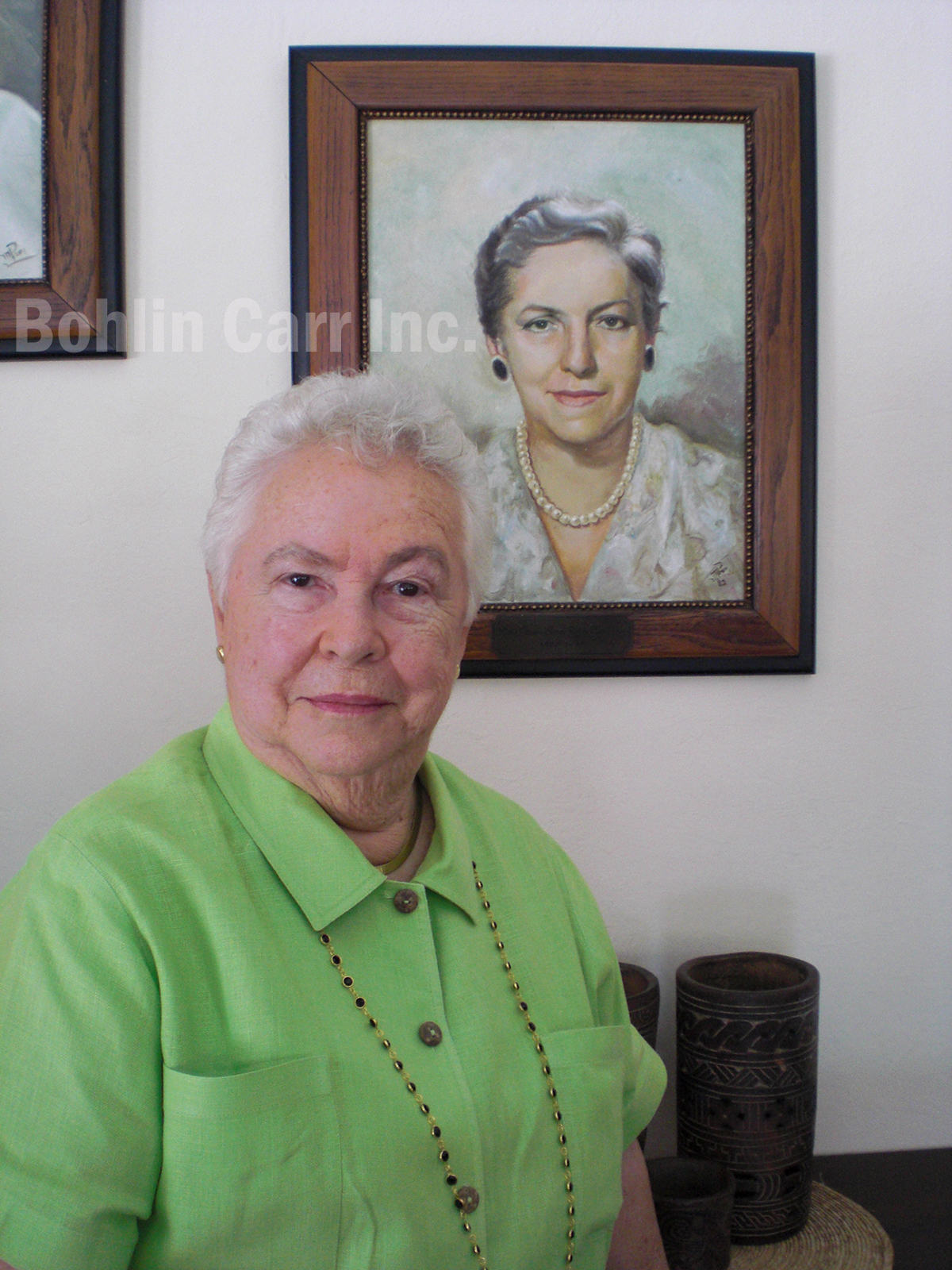 Doña Carmen never married. She was not wired that way. She had no children.

I asked what she wanted to do with her wealth after she died, should she successfully protect it from the government. She thought she would give the Hacienda Chichén to her four nieces, she said. But for the rest—and this was before her sale of Chichén Viejo for $232 million—her answer surprised me. “I want to give it to the Maya,” she said. She added that based on what her lawyers told her, that would be impossible. She did not elaborate.

Was she able to donate her fortune to the Maya? Quién sabe? While the Barbachanos may fight when they are alive, they close ranks and keep their business dealings private once one has passed on.

Legacy is more than wealth. Like the monuments of the ancient Maya, Doña Carmen leaves behind a legacy of stone. The Hacienda Chichén is a world-class resort while retaining the original flavor of its historic roots; her hotel, Casa del Balam—the name is the Maya word for “jaguar,” the animal that filled her with fear in her childhood—is one of Merida’s best overnight establishments. Even though she had no children, the business roots she established will flourish into the future. 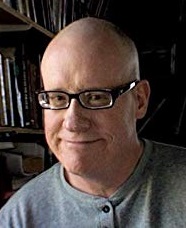 Evan J. Albright is the author of: