One of the most prominent sitarists in India, Subhranil Sarkar has brought music and touched the hearts of his audience in several European countries, as well as in the United States, Canada, India and Mexico.

Belonging to the Etawah style, it is one of the most prominent sitar exponents of North India.

Master Subhranil Sarkar comes to perform in Mérida as a guest of honor on the occasion of the Nobel Peace Prize Summit, and on Saturday, September 21 at 7:30 PM, he will be giving a private concert at the SOL Y TIERRA yoga center facilities.

Seats are limited, so if you want to enjoy a world class show in an intimate atmosphere, do not miss this great opportunity. 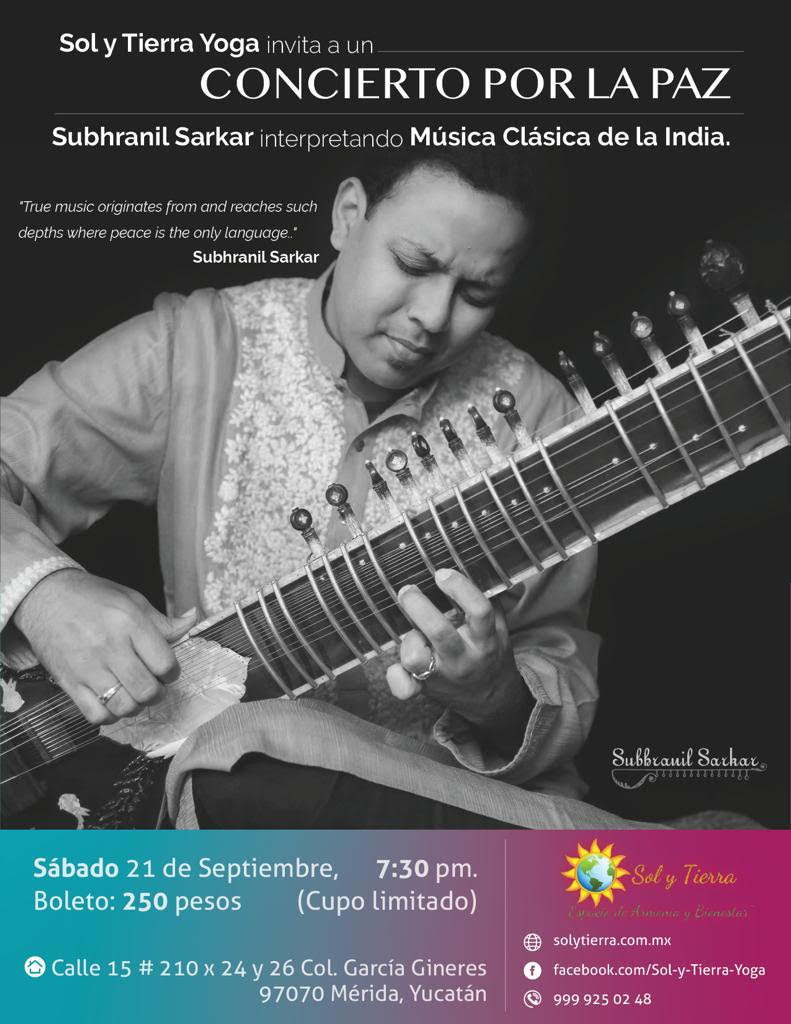 One of the foremost students of Ustad Shahid Parvez, sitarist Subhranil Sarkar has been spreading love and peace through his music worldwide. He has been privileged to perform with his great Ustad in concerts. He, himself, has numerous students worldwide to whom he is passionately passing on the wisdom and the musical techniques of the Gharana which has a rich history of more than 200 years.

Subhranil Sarkar has worked intensively with kids and adolescents in several continents with the aim of adding a positive influence to their lives through Indian Classical Music. He has worked with several Governmental and Non-governmental institutions worldwide that look after the betterment of under-privileged children. A work that he deeply resonates with.

Keeping in rhythm with the changing times in this age of technology, Subhranil Sarkar is also spreading Indian Classical music through Skype and Facetime. But, strongly rooted in tradition, he regularly conducts Music-retreats in beautiful and quieter places with students all over the world to give the students a taste of Guru-Shishya Parampara, an ancient system of discipleship in which he himself has learnt.