As published on the news website contrapesociudadano.com, in 291 days of the government of President Andrés Manuel López Obrador, 200 morning press conferences (also known as “mañaneras”) have been held, with an average duration of 92 minutes each.

According to an infographic shared on Twitter by the general director of SPIN Workshop on Political Communication, Luis Estrada, which breaks down in full detail the figures of the López Obrador’s mañaneras, it is pointed out that from December 3, 2018 until September 17, 2019 an average of 56 non-true statements are declared by the Mexican president on each press conference.

Also, according to information issued by SPIN, during the last 57 morning press conferences, no Health Secretariat analysis has been presented, even when widely known that there is a Dengue outbreak in most states of the country. 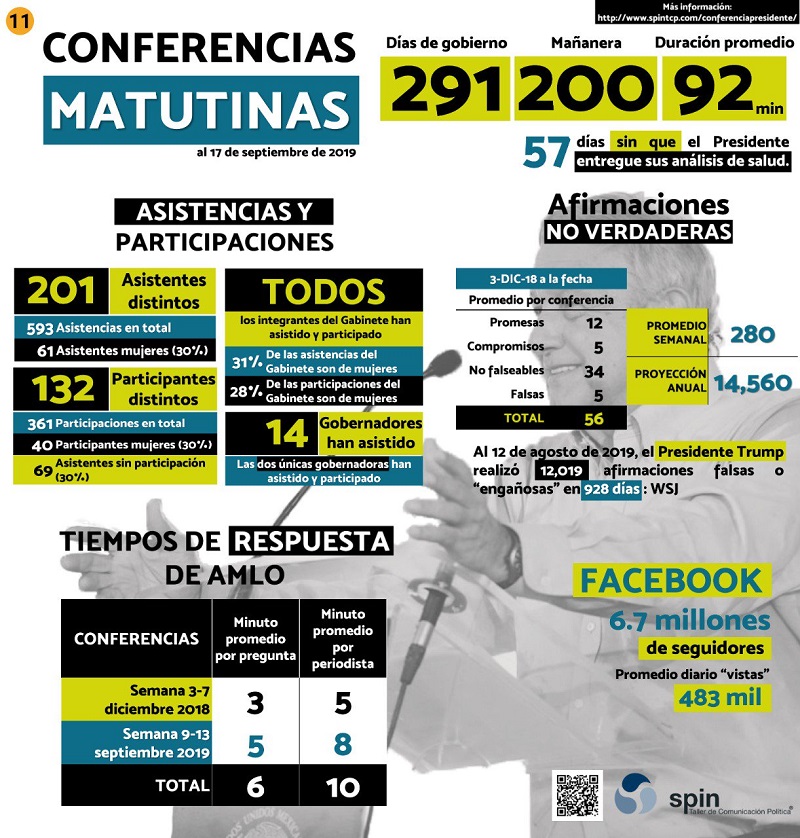