Miraculously the missing fishermen from Celestún are found safe and sound !

Celestún, Yucatán; September 2nd, 2019 (ACOM) .- Three fishermen reported missing for eight days, were found in good health on Friday Aug. 30th. Their families in distress qualified the event as a true miracle and stated that they never lost their hope to find them alive.

The fishing vessel named “Abel”, originally from Progreso, told maritime authorities that these seamen found them adrift with their boat “Emmanuel 3” about 50 nautical miles northeast from the port Celestún, on FridayAug. 30th around 3 in the morning.

The missing fishermen went out to sea on Friday Aug. 23rd, aboard the boat “Emmanuel 3” along with another ship, with the purpose of returning no later than Monday Aug, 26 in the afternoon. However, the engine broke down, they got apart from their companions, and remained stranded for one week at high sea.

Finally, on Friday Aug. 30th, a Progreso boat glimpsed the “Emmanuel”. After a long agony, the missing men arrived at the harbor of shelter of Celestún shortly before 6 in the morning, where their family members were already waiting for them. Mario is Miguel’s brother-in-law, who lives in Kinchil, and Papo is Abraham’s brother. 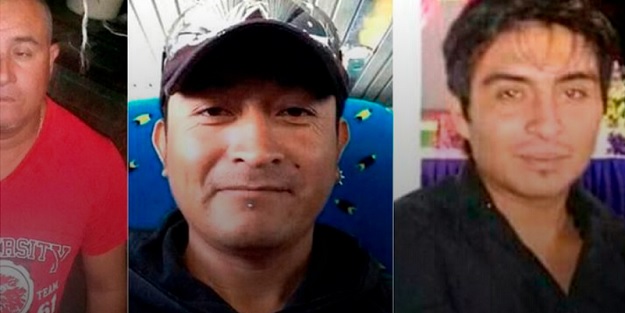 The Yucatan Times Newsroom with information from Reporteros Hoy