According to Ceoworld magazine, the Yucatecan capital is the second safest city in the whole American continent, only second to Quebec (Canada), which occupies the third position in the world’s classification.

For the third year in a row, the statistical analysis of this publication places Abu Dhabi (United Arab Emirates) in the first place worldwide, and in second place its neighbor Doha, a city located in the country of Qatar, in the Arabian Peninsula.

Munich, Germany, occupies the fifth place worlwide, and is the one with the highest ranking of all the cities in Europe, above Zurich (7) or Bern (8), both in Switzerland.

At the continental level, among the top 10 places: five correspond to Asia, four to Europe and only one to America (Quebec), while the best ranked in Oceania is Canberra, Australia (15) and of all those in Africa the best ranked city is Alexandria, Egypt, in a distant 132nd position. 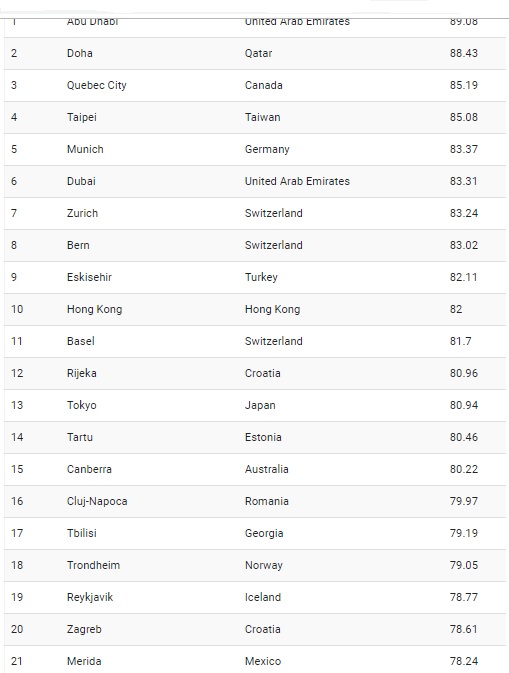 The Yucatan Times Newsroom with information from Ceoworld magazine