Legal marijuana: the countries in the Americas that have legalized cannabis and those that have not.

MERIDA Yucatán – Mexican President Andres Manuel Lopez Obrador said today in his morning conference, that he does not rule out the possibility of holding a consultation on the legalization of some drugs, especially those with medicinal uses such as marijuana.

“I do not rule out the possibility of convening a consultation, a collective reflection on the issue of the legalization of some drugs and on everything that has to do with curative drugs or for medical attention,” AMLO stated to the reporters present in his daily conference held today Friday September 20, 2019 in the city of Merida, capital of the state of Yucatan.

He explained that there are several factors that affect the acquisition, sale and distribution of drugs that occurs in Mexico and that should be taken into account.

On the other hand Health Commission President Miguel Angel Navarro has said that the Senate will have the legal framework for the recreational use of marijuana ready by Oct. 24 at the latest in the Forum towards a due regulation of Cannabis. 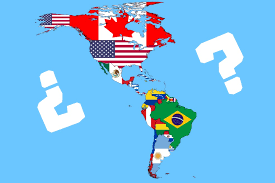 Marijuana in America
In Latin America at least seven countries have approved marijuana for medicinal purposes, and only one, Uruguay, legalized its use for recreational purposes, making it the first country in the world to do so. On Sept. 17 of this year, Ecuador joined the list of countries that have legalized medical marijuana; in Colombia – which legalized medical marijuana in 2016 – a debate was opened that will be taken to Congress to legalize its recreational use.

In Mexico, the recreational use of marijuana continues to be illegal despite the fact that in 2015 the Supreme Court of Justice of the Nation authorized the use and cultivation of marijuana for self-consumption and recreational purposes to four people who requested it. 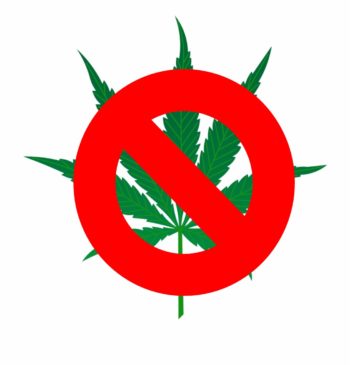 Countries where it is illegal
In countries such as Bolivia, Cuba, Guatemala, Honduras, Nicaragua, El Salvador, the Dominican Republic and Venezuela, the use of marijuana is in any case illegal.

In Brazil, the Drug Law punishes the possession and consumption of drugs. Since 2015, the Supreme Court of Brazil has been discussing the decriminalization of the carrying and personal consumption of illicit substances, but so far it has not reached a conclusion. Although medical marijuana is not legalized in Brazil, the National Agency of Sanitary Surveillance (ANVISA) included sativa cannabis in the official list of medicines in 2017.

“The inclusion does not change the rules for importing cannabidiol or other marijuana extracts. The measure is also not an authorization or recognition of cannabis as a medicinal plant,” says ANVISA. That is to say, the substances of the plant are authorized, but not the plant itself.

In Panama, however, although a bill has been presented to regulate it for medicinal purposes, it is allowed “to register cannabidiol and use it for medical purposes,” according to the Ministry of Health.

In Costa Rica cannabis is a substance prohibited by law, and although it penalizes its production, distribution and sale, it does not consider its use as a crime, but as a public health problem, as a disease that needs treatment and rehabilitation, according to the National Survey of Drug Consumption of the Institute of Drugs and Drug Dependence of Costa Rica, published in 2012. 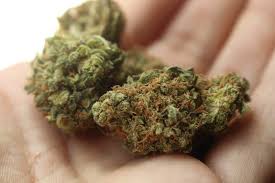 Other countries
After Uruguay, Canada was the second country in the world, and the first country of the G7, to legalize marijuana for recreational purposes.

With this legislation, adults will be able to carry and share up to 30 grams of legal marijuana in public. They will also be able to grow up to four plants in their homes and prepare products such as those that can be eaten for personal use.

Consumers buy marijuana from retailers regulated by provinces, territories or, when none of these options is available, federally licensed producers. Marijuana also will not be sold in the same place as alcohol or tobacco.

Meanwhile, eleven states in the United States and the District of Columbia now allow recreational use of marijuana. Medical marijuana is legal in some form in 30 states, according to the National Conference of State Legislatures. Anyone over the age of 21 can buy medical marijuana in Colorado, Washington, Oregon and Alaska.

The marijuana industry recorded sales of nearly $9 billion in 2017 in the United States alone, according to BDS Analytics. The revenues from those sales are equivalent to the entire candy industry.

Portugal pioneered drug reform laws, decriminalizing possession of all drugs, not just cannabis, for personal use in 2001. As a result, the country has the most evidence about the impact and change it can have on drug policy in the country.

Ireland, Australia, Jamaica and Germany approved measures in 2016 for medical use, while Australia also granted companies permission to apply for licenses to manufacture or grow marijuana products for medical purposes and to conduct related research.

High courts in South Africa and Georgia also overturned bans on cannabis, legalizing the plant for individual use, and on medicinal cannabis, Sri Lanka, Thailand and the United Kingdom approved the use of the plant in 2018.

In late November, Luxembourg, the small European nation, announced that marijuana would soon be legalized for recreational use by adults.