Investors are confident that their projects will be profitable in Cancun

The director of Tourism of the municipality of Benito Juárez  (Cancún), Francisco López Reyes reported that the constant promotion of this important destination both inside the country and abroad, has been recognized by important investors of the national and international private initiative, who have decided to invest in large projects in the city, adding up to 800 million US dollars.

He explained that new commercial plazas, marinas, hotels, as well as real estate developments are just some of the most important projects that will be built during the remaining months of this year and part of next, which will be the consolidation of Cancun in terms of investment related to the tourism sector, in addition to detonating the local economy in an significant way.

A fundamental part to achieve these results has been the strengthening of the coordinated work between the Tourism Promotion Council of Quintana Roo (CPTQ) and the State Secretariat of Tourism, a situation that has allowed them to effectively promote the different attractions of Cancun in several parts of the world. 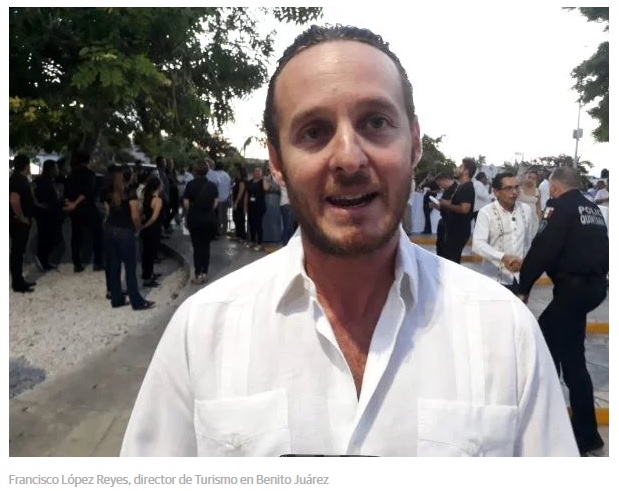 “We have managed to consolidate great credibility with national and international investors who have decided to invest in Cancun, in order to carry out large and important projects that, once completed, will help us to increase the range of tourism offers in the city,” added the official.

López Reyes said that in the next 18 months, more than three thousand new hotel rooms and the renovation of several lodging places is planned in Cancun.

“Cancun is a place where investors can carry out their projects with the confidence that they will be profitable,” concluded Francisco López Reyes.