How does impeachment work?

If you are an American, you probably understand the impeachment process, however if you are from a different part of the world perhaps you are not familiar with it. This is  how the procedure works:

Here is the step-by-step process 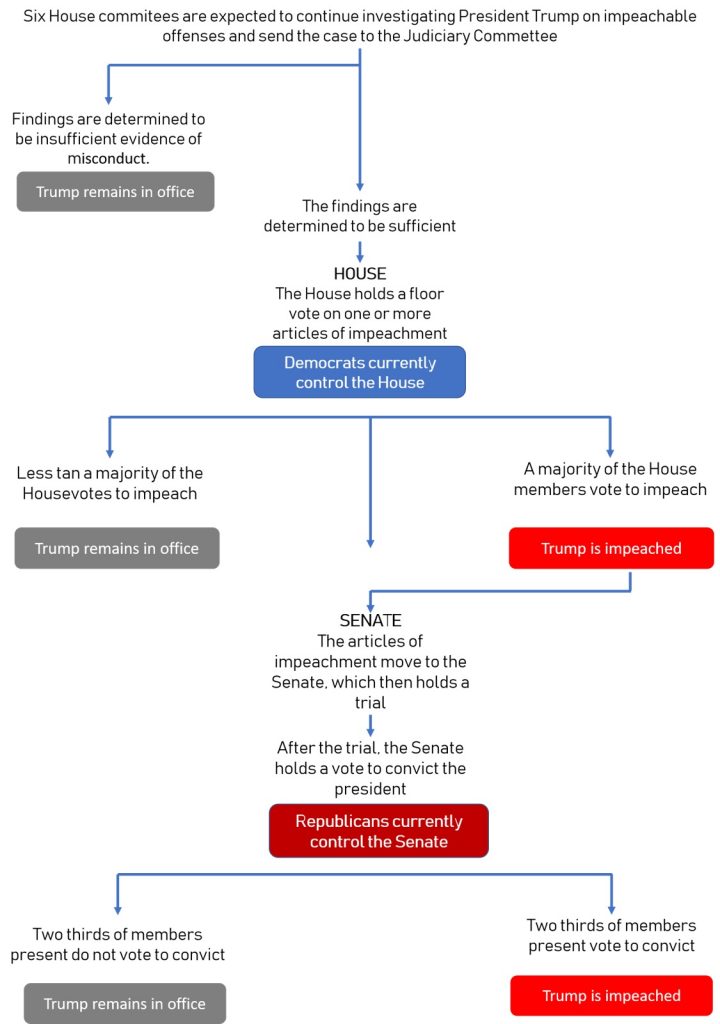 The hearing in the Senate, along with a charge in the House that the president has committed a crime is not a legal one. No penalty, other than removal from office, is brought against a president in an impeachment hearing.

Impeachment trials have been held twice in the country’s history — for President Andrew Johnson and for President Bill Clinton — and both ended in acquittals: meaning the presidents were impeached by the House, but not convicted and removed from office by the Senate.One vote kept Johnson from being convicted of firing the secretary of war in 1868, which went against a tenure act.

In 1999, the Senate was 22 votes shy of convicting Clinton of perjury and obstruction of justice stemming from a sexual harassment lawsuit filed against him by Paula Jones.