A resounding success was the First Progreso Sport Fishing Tournament, which brought together 101 vessels in three different modalities.

Progreso mayor, Zacarías Curi expressed his gratitude to his team and sponsors for the event on the international boardwalk.

“Good things are coming for Progreso, great changes are coming, but those changes don’t happen alone, those changes happen with the sum of wills of all of us here, to make events like this happen. I am grateful to everyone, to the organizers, to the sponsors, to the State Government, to the City Council of Mérida. Thank you very much, ” Zacarías Curi said.

This event was an initiative of the mayor to encourage tourism, in order to generate an economic spill in the port and also give locals and visitors one more reason to enjoy the port of Progreso.

The tournament started at 5:30 in the morning with the registration of the participants and the fishing went on from six in the morning to one in the afternoon, when the boats returned to the shore to begin weighing the fish.

In the open category, the first place went to the species with the greatest weight, captured by Sebastián Andrade, who received a four-wheeler for having captured a 24 kilogram snapper; while Manuel Peniche received a trip to Cuba, as he captured the species with greater length, which was a Galician fish 1.06 meters long.

In the Kayak category, the first prize that consisted of a of Malibu kayak with all accessories went to Luis Vera who obtained 250 points. Likewise, a harpoon and a diving course were awarded to Wilbert España who managed to capture a species 1.54 meters long.

Also in the open modality, the team led by Sebastián Andrade and Ernesto Martinez won the Grand Slam and the See-doo jet ski with 8,550 points. 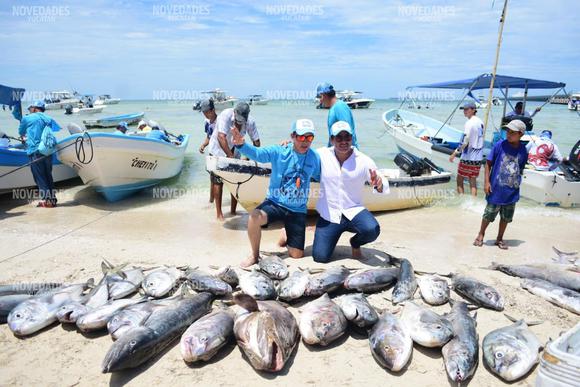 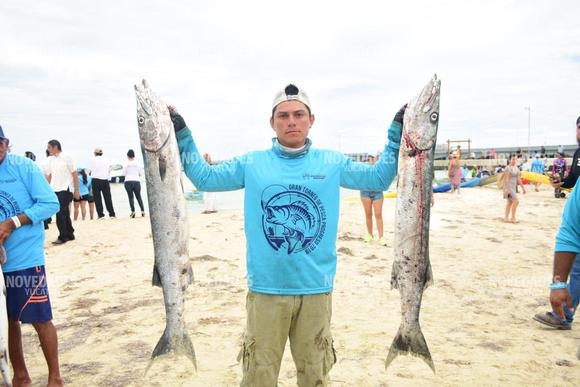 The award ceremony was presided by the mayor of this port, Julián Zacarías Curí, accompanied by Director of the Yucatan State Sports Institute (Idey), Carlos Sáenz Castillo, the Technical Assistant Secretary of Fisheries and Sustainable Aquaculture, Víctor Manuel Alcantar Cárdenas and the Deputy Director of Youth and Sports, Jesús Aguilar y Aguilar.