“Grand Bahama is still feeling the impact of the Category 5 #HurricaneDorian,” Minnis said in the tweet. “Based on reports out of Abaco, the devastation is unprecedented. Winds have decreased to 165MPH but Dorian remains an extremely dangerous storm. Our focus right now is rescue, recovery and prayer.”

The eye of Hurricane Dorian, which is currently over Grand Bahama, isn’t moving a lot, according to the 8 a.m. ET update from the National Hurricane Center. Dorian is forecast to move slowly westward to northwestward over the next day, followed by a gradual turn to the northwest, the NHC said.

The eye of catastrophic Cat. 5 #HurricaneDorian lingered over #GrandBahamaIsland overnight and into this morning, as seen in this close-up GeoColor loop from #GOESEast. Follow the storm via our hurricane tracker: https://t.co/rAbHgL0qkB pic.twitter.com/1EE9gdp6lD

Where is Hurricane Dorian going and where will it make landfall? 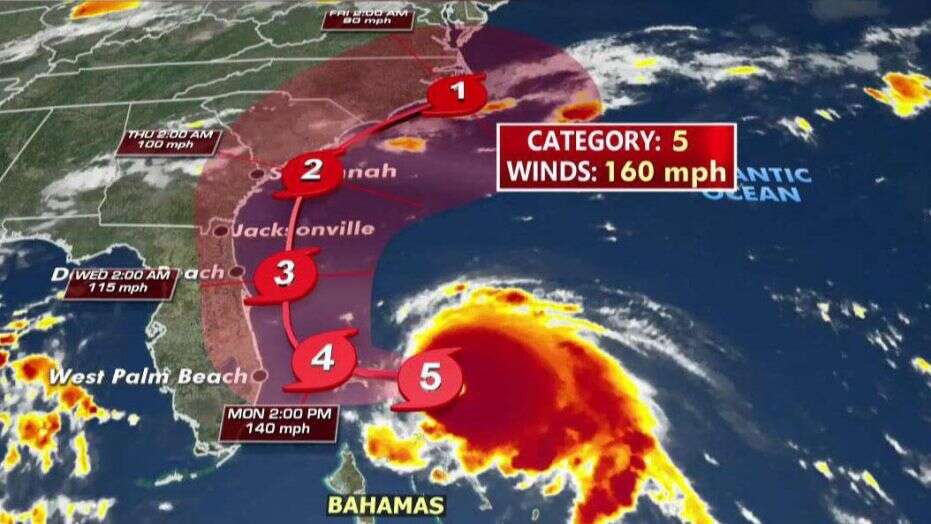 The fate of a US landfall is all dependent on if and when this storm turns northward.  Right now the storm is moving west at 1 mph. The question is when will it turn northwest.

National Hurricane Center says it expects the storm will turn to the north over the next couple of days. But the variance in timing of the turn will make all the difference in the world. Just a change of a few hours could be the difference between a landfall in Florida and no landfall at all. This is why even though the NHC has the forecast track miles offshore, it includes the “cone of uncertainty.” Anyone in the cone is still at risk for a landfall.

The good news for the US is that most of the forecast models meteorologist use — like the European and the American models — show the storm remaining offshore.

Only a few of the models bring the storm inland to Florida and a couple more bring the hurricane into North Carolina.  This turn in direction is what everyone on the East Coast will be watching for.

No matter if the storm comes ashore or not the effects of this extremely dangerous hurricane will be felt from West Palm Beach to the Outer Banks of North Carolina.