Mexican scientists warn not to lower their guard in fumigation and other prevention labors, while authorities say it is a “normal outbreak”.

Health authorities fight a silent battle against a small but ferocious predator, the dengue mosquito. Until August 25th, cases confirmed by dengue have increased 312% ( 10,121 cases), compared to the same period last year, but Federal Health officials say it is an average outbreak and there is no need to be alarmed. This uptick coincides with the lack of purchase of insecticides by the federal government during its first eight months of the AMLO administration, which is essential to prevent the spread of the virus, .

The Aedes aegipty mosquito females are responsible for transmitting the virus, which has the potential to be deadly. The species is endemic to tropical and subtropical areas in Mexico and other places in the world. According to the Ministry of Health, in its last Weekly Epidemiological Surveillance Report, until week 34, 10,221 cases had been confirmed, out of which 3,253 were considered as “severe.” While in 2018, only 3,196 cases were confirmed in the same period of time, and 560 of them were considered severe.

The states with the highest incidence of confirmed cases are Veracruz, Quintana Roo, Chiapas and Jalisco. Although the outbreak of dengue infections could be even greater, as there are those who have mild symptoms and are not treated, who prefer to go to private clinics, or people who reside in rural communities that do not have medical coverage or access to a health center, so there could a large number of cases not officially recorded.

“It is very important to consider that the real numbers could be much higher, what happens is that, due to different factors, it is very difficult for the Secretariat to confirm 100% of the cases  throughout the country, ”says Dr. Rosa María del Ángel, from the Department of Infectomics and Molecular Pathogenesis of the Cinvestav, who conducts new research on antivirals with the aim of helping in the treatment of patients, because today infected people are only given medication for symptoms, such as paracetamol. 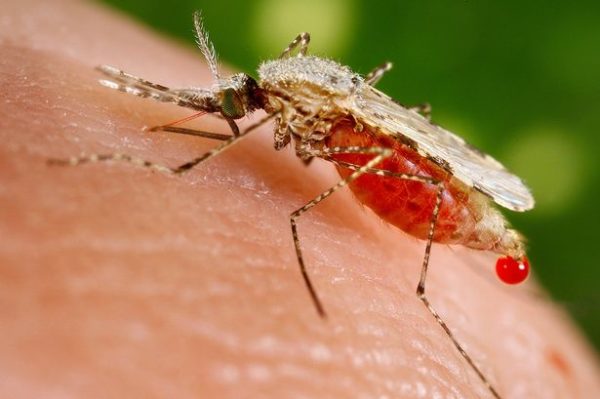 For the general director of the National Center for Preventive Programs and Disease Control (Cenaprece), Dr. Ruy López Ridaura, an outbreak of 312% is not “drastic”, but is an increase that was already predicted, “a little above the average, but in the expected range, ”he says. He explains that infectious diseases depend, in large part, on the weather conditions and that it is not ideal to compare it with the same week of the previous year, because the conditions are not always similar.

“Dengue has cycles in which resurgence cases can be detected every three or four years. We had several years of little epidemic potential, and yes, we expected a peak in 2019. What we have done is to compare the figures with the last five or seven years, which helps us to better understand the spectrum of the outbreak, ”says Dr. López Ridaura.

When asking Dr. María del Ángel about dengue cases in 2019, she reiterates that dengue causes cyclic outbreaks. At this time it may coincide with a peak, but registering three times as many cases, strikes her as alittle bit too high to consider it a “normal outbreak.”

The National Center for Preventive Programs and Disease Control (Centro Nacional de Programas Preventivos y Control de Enfermedades: Cenaprece), attached to the Ministry of Health, has a budget of 192 million pesos for the purchase of insecticides at federal level. But notone peso has been exerted during the first eight months of the AMLO administration for the purchase of insecticides. It was until August 6th, that Cenaprece entered into seven contracts for 168,169,716 pesos for the acquisition of this material. All contracts were directly awarded (no bidding involved), as can be found on the public platform CompraNet.

The director of Cenaprece Jesús Felipe González Roldán, justifies and declares: “despite the fact that it took eight months to buy insecticides, “there was fumigation and vector control throughout the year. We have evidence of the use of insecticides with state sources. ”

According to the Pan American Health Organization, dengue cases have increased in Latin America and the Caribbean. At least 2 million people have contracted this virus so far this year, and one factor that has contributed to this increase is global warming which is causing a climate crisis.

“Climate change is very relevant because, in general, this mosquito grows in warm, tropical areas and what is happening is that these vectors are somehow adapting and moving to other regions with higher altitudes.

Dr. Jorge Falcón Lezama, director of Vectors of the Mexican Society of Public Health, concluded: “explosive outbreaks can saturate the health services at public health centers and private hospitals. Not only can it happen in Mexico, it has already happened in different countries.”