Tourist from Campeche stabbed to death in downtown Cancun

On Sunday August 11th, a 20-year-old tourist from Campeche who was vacationing in Cancun with his family, was stabbed to death in the streets of downtown, local authorities reported.

At 9:00 PM on Sunday August 11th, different police corporations were alerted of an incident on Avenida Yaxchilán, Supermanzana 25, where 18-year-old Andrea YVS, from Campeche, explained that she was walking with her family  when two subjects insulted them, and when her husband responded to them, one of the subjects stabbed him on the back with a knife, killing him almost immediately. 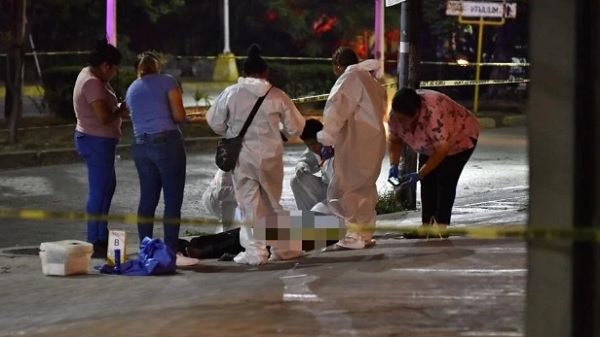 In the police report, the victim was identified as Carlos D.D., a 20 year-old craftsman from Campeche, who was staying with his family in a hotel in the downtown area of Cancun.

In the forensic report it was specified that he received a stab in the back, which punctured one of his lungs, killing hem almost immediately.

The Quintana Roo State Police confirmed the arrest of a person for the crime of manslaughter. The name of the detainee is Diego A.L.P., 20 year-old, originally from the Mexican state of Tabasco.

The Yucatan Times Newsroom with information from Tribuna Campeche