PHILADEPHIA (Reuters) – In another gun related episode, the streets of North Philadelphia became a battle ground where for hours, bullets flew.

Police officers trying to serve a narcotics warrant entered a house in the Nicetown-Tioga neighborhood yesterday, Wednesday afternoon. As they approached the kitchen area, a man fired multiple rounds, forcing some officers to escape through the window, authorities said.

Other officers got trapped in the house with the gunman after he barricaded himself. As he traded gunfire with police outside, bullets ricocheted on the pavement, sending officers crouching behind police cars.

At the end, six officers were wounded by the time the suspect surrendered outside almost eight

“We do know this guy came actually outside with a gun … so this could have been even more dangerous and volatile if not for the professionalism of SWAT” officers, Philadelphia Police Commissioner Richard Ross said.

Mayor Jim Kenney said he’s thankful no lives were lost, but is “a little angry about someone having all that weaponry and all that firepower… But we’ll get to that another day,” the mayor said. “It’s about the officers and their families right now.” 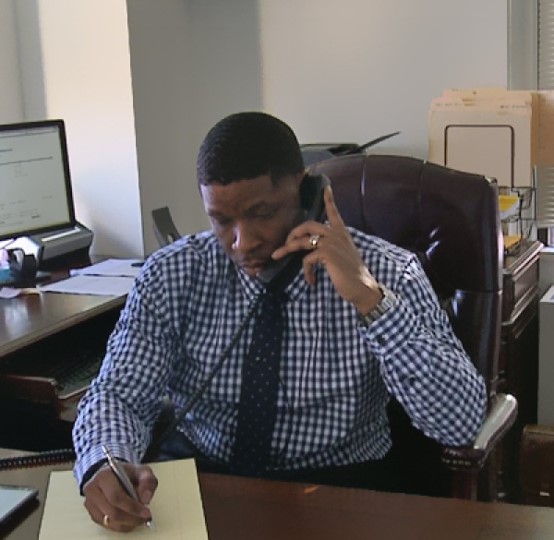 The suspect called an attorney for help during the standoff
Ross identified the suspect as Maurice Hill. The police chief praised an attorney who had worked with Hill for helping end the standoff. “I gave his attorney, Shaka Johnson, a lot of credit that he came and he was able to certainly engage him in conversation much longer,” Ross said.

Johnson told CNN affiliate KYW that he is Hill’s former attorney, and that he received a call from Hill at about 8:30 p.m. Wednesday while he was watching the drama unfold on TV.

Johnson said the suspect told him he needed help. “I realized who it was. The game for me became getting him out of there safely,” Johnson told KYW. “He did not want this to end violently. … I told him you got to surrender now.”

Authorities had to use tear gas to get the suspect out of the house, the police chief said. And because tear gas still wafting in the air Thursday morning, investigators haven’t been able to go inside the home. 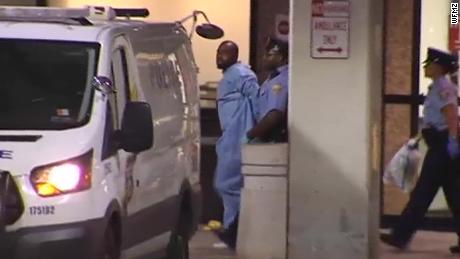 The suspect
Maurice Hill, the suspected gunman who allegedly shot six Philadelphia police officers during an hours-long standoff in the city’s Nicetown-Tioga section on Wednesday 14 of august, has a long criminal history dating back to 2000, including several gun charges as well as drug and assault charges.

Hill´s attorney Shaka Johnson said he was not injured in the shootout, however, he was taken to the hospital for a checkup.

36-year-old #MauriceHill has not officially been identified by police, but a source has sent Eyewitness News a prior mug shot of Hill. More details ➡️ https://t.co/0vHmKRGgRs pic.twitter.com/XvDWvzLR4e