The Caste War of Yucatan

The Yucatan Peninsula is associated with its delicious food, such as the  “cochinita pibil”, or its spicy but no less exquisite “relleno negro”. Its traditional beers, its tropical heat and the soft lullaby of a hammock when rocking as well as its traditional music, the famous “bolero yucateco”.

It originated in Spain, musically transformed in Cuba to then travel to the Yucatan Peninsula, to be transformed again and conquer the world through the melodies and romanticism of amazing Yucateco musicians such as Guty Cardenas or Armando Manzanero.

However, this magical piece of heaven, features one of the most violent episodes in Mexico´s history . The Caste War of Yucatan, a conflict that bathed in blood the entire Yucatan peninsula for more than fifty years.

The conflict began in 1847 with criticisms to the government that evolved to protests by Maya settlers who considered their living conditions at levels of injustice to which, in their eyes, they were subjected by Creole groups, who exercised power in the Yucatan Peninsula.

Eventually, these protests escalated into an armed rebellion that went from a struggle for social equality to a violent war sustained by racial hatred against “the whites”.

From the assassination of Mayan chief Manuel Antonio Ay on July 26, 1847, to the seizure of Chan Santa Cruz, the last autonomous Mayan community, by federal forces on July 1, 1901, the armed conflict lasted 54 years. Among the troops of the Yucatan government, federal government, Mayan rebels and civilians in general, it is estimated that approximately 350,000 people were killed, most of this number, during the first 3 years of the rebellion (1847-1850), although, again, different sources tend to have different numbers. 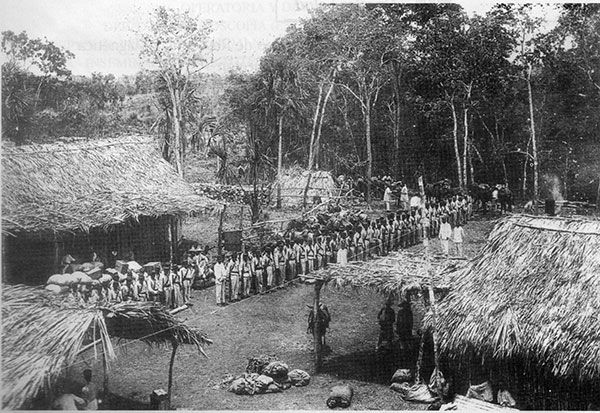 To understand the origin and true scale of the “Caste War” the reader has to put into perspective and understand several issues, starting first with the history of the Yucatan Peninsula and its enormous differences with the rest of Mexico, secondly the relationship of the Maya indigenous with the rest of the population, and finally the situation facing both Mexico and Yucatan at the beginning of this rebellion.

It cannot be overlooked that since the first years of Spanish rule over Mexican territory, the Yucatan Peninsula was treated with great independence due to its remoteness from Mexico City, which prevented it from being governed efficiently, which is why it was established as the “General Captaincy of Yucatan” a territory partially autonomous from the viceroyalty of New Spain.

When Mexico achieved its independence from Spain, Yucatan’s political leaders agreed to join the new nation on the condition of maintaining the autonomy they had enjoyed in the times of the Spanish ruling.

This autonomy translated into a social order where the inhabitants of Spanish origin maintained their power and treated those of indigenous and mestizo races as inferior and, in some documented cases, as slaves to their haciendas.

By 1841 political instability in Mexico coupled with the dissolution of the federation, gave Yucatan politicians the opportunity to declare their independence,

Unfortunately for the Yucateco people there was no military or economic support, neither local nor foreign, as it was the case with Texas in the United States, but even worse for their plans for independence, within their “Yucateco Republic” the Mayans were forging a rebellion.

In 1847 the confrontation became inevitable, the tension between the Yucateco politicians (all of them Creole) and the Mayan “caciques” (chiefs) reached a critical point after the assassination of one of the three indigenous leaders: Manuel Antonio Ay. 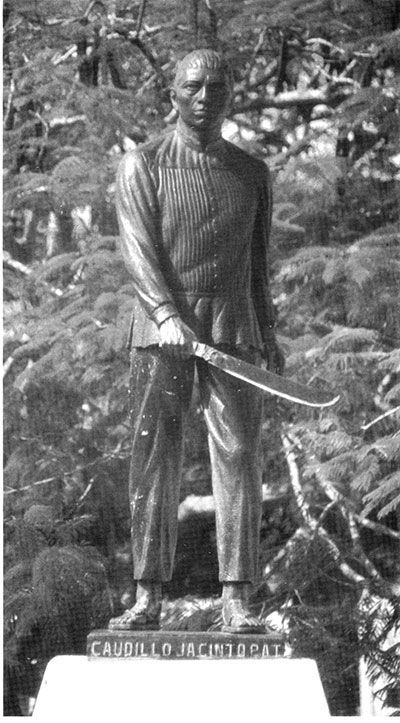 The two remaining chiefs who led the indigenous movement, Cecilio Chi and Jacinto Pat, commanded the Mayan militia in a campaign against “the entire white population” (creoles and mestizos). The Mayan attack was brutal. In less than a year of conflict they massacred thousands of people, occupied the current state of Quintana Roo, a part of the current state of Yucatan, leaving in control of the “Yucatan Republic” the territory where the current state of Campeche is.

Along with the loss of the territory came the massacres, both sides indiscriminately attacked the enemy populations, the Mayas decapitated whatever white person they found, the white creoles massacred indigenous peoples. Although the “Caste War” would extend during more than half century, hundreds of thousands of dead whites and Mayas would flood with blood the Peninsula of Yucatan in the first three years of the conflict.

Faced with this situation, the Yucateco leaders requested help from several foreign powers that could assist them. Spain, Great Britain, and the United States all received the Yucatecan diplomats that asked for military support and in exchange offered to incorporate the Peninsula into their territories, as a state or colony.

In 1849 most of the Mayan forces had been driven to the south east of the Yucatan Peninsula and to the present state of Quintana Roo. Although hostilities were minimized, the Maya continued to rule some territories completely outside of the Mexican authority until 1901 when the Porfirio Diaz´ government, attacked the last autonomous communities returning power to the creoles.

The Caste War is a tragic passage in Mexico’s history. It is a clear example of the discrimination and segregation that have marked Mexico from the time of the conquest until today in the 21st century.

From my perspective, the best information on this subject can be found in the writings of the French researcher, “Michel André Antochiw Kolpa”, known as Michel Antochiw, for the magazine SAASTUN by the Institute of Maya Culture and the University Anahuac-Mayab, available in English language, and currently in the bookstores of “Dante” the book “La Guerra de Castas en Yucatan” by Francisco José Paoli Bolio, also in English language with a price of around $500 pesos.