Officers took cover behind cars and blocked off surrounding streets as they were fired upon by the unidentified shooter.

Philadelphia (Agencies) – At least six Philadelphia police officers were shot Wednesday afternoon in an active standoff with a gunman holed up in a North Philly house.

A large police presence responded to a shooting incident at about 4:30 p.m. local time in a residential area of the Nicetown section of the city. One male shooter was still inside a residence in what police described as an active situation. 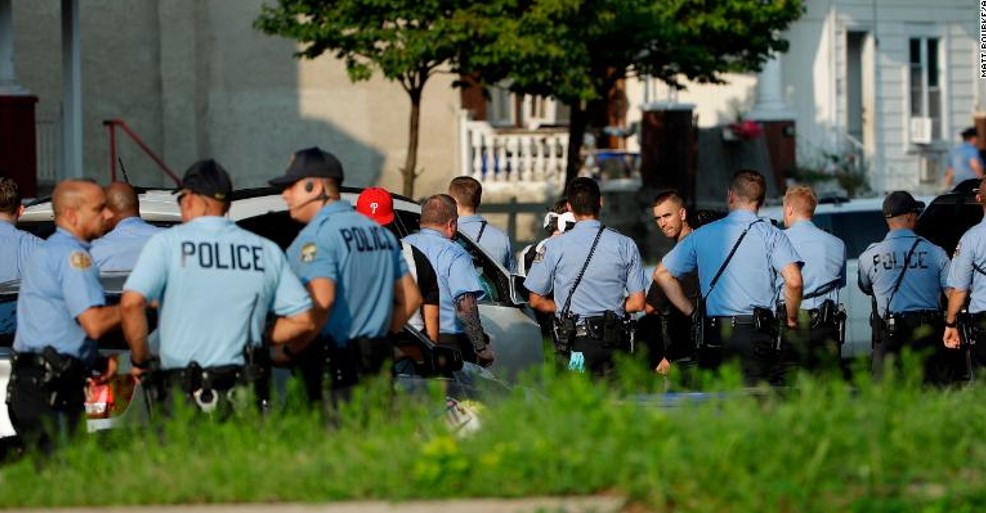 A police spokesperson has told told different news agencies that the incident began when an officer attempted to serve a warrant at the address.

Officers took cover behind cars and blocked off surrounding streets as they were fired upon by the unidentified shooter. Three hours after the shooting began, police said they were attempting to negotiate the gunman’s surrender, but he was still intermittently firing at officers.

A Philadelphia Police Department spokesperson told NBC News that “several” officers were injured in the exchange and described the scene as “an active and ongoing incident.” The spokesman said in a tweet Wednesday that six officers were shot and taken to area hospitals with non-life threatening injuries.

A witness who lived close to the shooting said she heard a series of shots fired, what felt like 100 gunshots, and could smell what seemed to be gunpowder as the shootout unfolded. The unidentified woman explained that it felt “like a war.”

The nearby campus for Temple University’s Health Sciences Center had been on lockdown as the situation unfolded, but the shelter in place has since been lifted. Police evacuated area residences and businesses as the situation developed.

Yvonne Thomas-Curry, owner of Precious Babies Learning Academy, told NBC Philadelphia about 80 children were evacuated from the nearby daycare. She said the children, who range from 6 weeks old to 10 years old, were safe and warned parents to stay away until the area was cleared. “We’re all pretty much together, we’re not scattered,” Thomas-Curry said. “They’re all together now so we can closely monitor them and keep them away from the windows.”

Lockdown for HSC campus has been lifted. All populations must avoid the incident scene and remain south of Venango St. Allied Security and Temple Police will assist.

SEPTA, the city’s public transit provider, reported that it will temporarily bypass Hunting Park, Erie, and Allegheny stations, all located in the surrounding area of the shooting.

Donald Trump has been briefed on the standoff, according to a White House report. Pennsylvania Gov. Tom Wolf also said he was aware of the situation and offered support to local police.

This is a developing story