In Mexico 53 million people live in poverty, a figure equivalent to 43.6% of the population and representing a decrease of just 1.5% compared to the percentage recorded in 2008 when the percentage was 45%, according to figures from the National Council for the Evaluation of Social Development Policy (Coneval).

According to the results of the study “10 years of poverty measurement in Mexico”, conducted by Coneval, although there was an improvement in the indicators of social deprivation and 24 states reduced their poverty levels, the southeast of the country (including of course Yucatán), remains the region with the highest percentage of poor inhabitants. 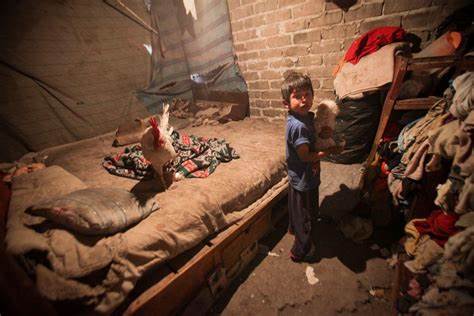 The National Council for the Evaluation of Social Development Policy (Coneval) announced that starting this year it will update the way in which it measures poverty in the country.

Researchers of the autonomous organ together with José Nabor Cruz, executive secretary, explained that the update consists in a series of modifications to adapt the measurement to the current conditions, with elements of the digital economy, for example;  deeper indicators to evaluate the evolution of social development in the country.

This means that the indicators used to measure poverty from 2008 to 2018, concludes with the report released this Monday on the results of the last 10 years. “Very soon we will begin a series that will have all these modifications,” explained Agustín Escobar Latapí, Coneval researcher, during the press conference.

Likewise, the organization will integrate the Social Development Information System with a Human Rights Approach (SIDS-DH) that will have information focused on the evolution of the country’s social development.

“Some actors in society have demanded to have information that is not limited to the minimums, that does not simply say that we are lacking in a certain sense, but that speaks more clearly of how we are developing,” said the researcher.

“This new system of indicators goes beyond the poverty indicators, this does not mean that we are not going to continue publishing the poverty figures, the figures will continue to be presented as usual, but now using a new methodology featuring adjustments to the present times and conditions, in a new series that began in the year 2018,” said Graciela María Turuel.

The details and results of the new measurements will be announced soon, said the Coneval researchers.