“Isla Mujeres and Cancun, are already free of sargasso” – The Mexican Navy lies.

José Rafael Ojeda Durán, secretary of the Navy, pointed out that other municipalities free of this seaweed are Solidaridad and Puerto Morelos… reality says the opposite. 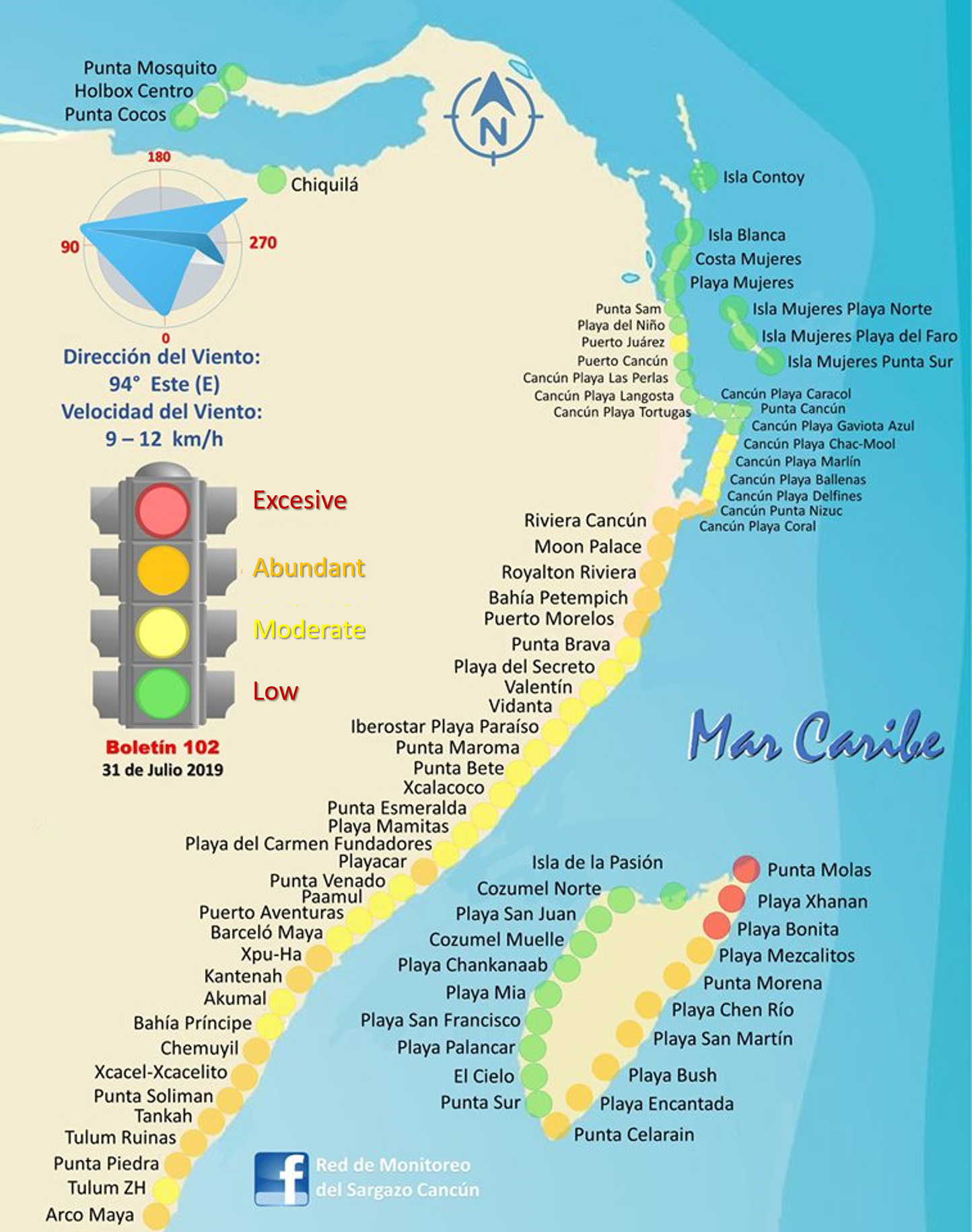 The admiral presented the progress of the federal government’s work to combat the arrival of seaweed in southeastern Mexico, specifically in Quintana Roo, which has included the participation of 10,700 people from state and municipal governments and private initiative.

According to the official, as part of these efforts, 24,946 tons of serge were collected in July.  Ojeda Durán added that the beaches of Othón Blanco and Tulum recorded 70 and 60 percent of sargasso, respectively, because the areas where it is arriving are “a little difficult to access”, according to the offcial.

In the case of Cozumel, the admiral pointed out that 40 percent of the total amount sargasso was collected on its beaches.

On June 24, the federal government announced a 52-million-peso support plan to combat the arrival of sargasso in southeastern Mexico, specifically in Quintana Roo.

López Obrador indicated in May that the Navy Secretariat would be in charge of dealing with the crisis caused by the massive arrival of sargasso.

However, the enormous accumulation of sargasso on beaches where hotels do not operate and are not served by state and municipal governments in Quintana Roo, are full of sargasso and have caused the death of hundreds of small turtles on the coasts which after being born and trying to reach the sea, were trapped underneath mounds of this macroalgae.

This issue became viral in recent days and was confirmed by the Cancun-Sargasso Monitoring Network, which asked for the aid of young local activists who tried to save the small turtles last weekend and denounced what is happening though their social networks.

There are plenty of photos and videos in the Red de Monitoreo del Sargazo Cancún from locals and tourists who claim otherwise. Yes it is decreasing, yes, there are parts better than others but the seaweed is not 100% gone as the Mexican Navy claims. It is clear that someone is either not telling the truth to the Navy Secretary Jose Rafael Ojeda Duran or perhaps he is being misinformated.