Hurricanes are named after HURACÁN the Mayan god of wind, fire, and storms

When he becomes furious, nobody can control his rage. He descends from the clouds on his only leg, and his foot, endowed with prominent claws, destroys everything on his way. Such is the colossal power of the “Heart of the Sky,” best known as Hurakán, the god of wind, fire, and storms.

Hurakán is a Mayan deity. His name comes from the Quiché language, a variant of Mayan; “jura” which means one, and “kan,” which means leg; that is, “he who has one leg.” He is one of the 13 gods that participated in the creation of man from corn, a legend written in the sacred book of the Mayans, the Popol Vuh. 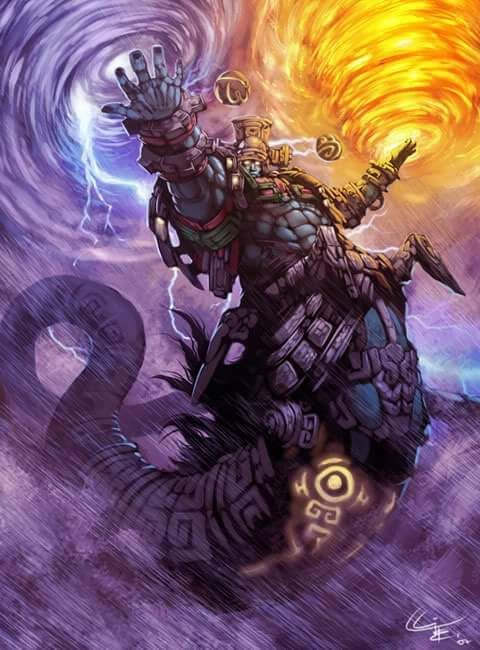 His monstrous image honors his destructive powers, feared by the rest of the gods. He has head, chest, and abdomen, but his legs end up being one, whose foot has claws. His arms, one on the waist, the other over the head, alluding to the direction of the winds during hurricanes, according to the Cuban archeologist Fernando Ortiz.

Ancient settlers of the Gulf of Mexico and the Mayan area shared elements of the cultures from the Caribbean, which permeated in the rest of Mesoamerica. That is why the presence of Hurakán can be traced in other regions of our country, although with other names. Peninsular Mayans called him Chaac; in the Mexican highlands he is known as Tláloc; for the Totonac he is Tajín, and in Oaxaca, he is known as Coci-joo.

In Veracruz, the most evident version of Hurakán is the trail that represents him in El Tajín. Currently, you can see him in front of building 5. Carved in basalt in bas-relief, he has the face of a human skull, which suggests that Mictlantecuthli could be his distant predecessor. He wears a snake in the left hand, as an allusion to Huitzilopochtli and in representation of the ray.