Alejandro Giammattei stated: “if we don’t have the capacity to attend to our own, imagine the others”.

GUATEMALA – (Agencies/CNN) Guatemala has a new president-elect. Alejandro Giammattei, who so far has secured nearly 60% of the vote in Sunday’s poll, has been outspoken in his opposition to a migration deal that his predecessor, Jimmy Morales, signed with the United States last month.

For Guatemalans, the result will probably be more of the same: another president who promises to combat corruption and bring an economic revival, but struggles or fails to alter the status quo on either, like Morales.

And, worse than Morales, Guatemalan president-elect Giammattei must come to power with only 42% of voters bothering to turn up to the polls, and only 59% of them voting for him. Yet the stakes ahead are regional, if not global.

More of the same means more of the economic collapse that preceded Giammattei and sent a record number of Guatemalans heading north, seeking a better life in the United States. In the border mountains of Huehuetenango, nearly 3% of the population has reportedly already fled to the US border since late last year. 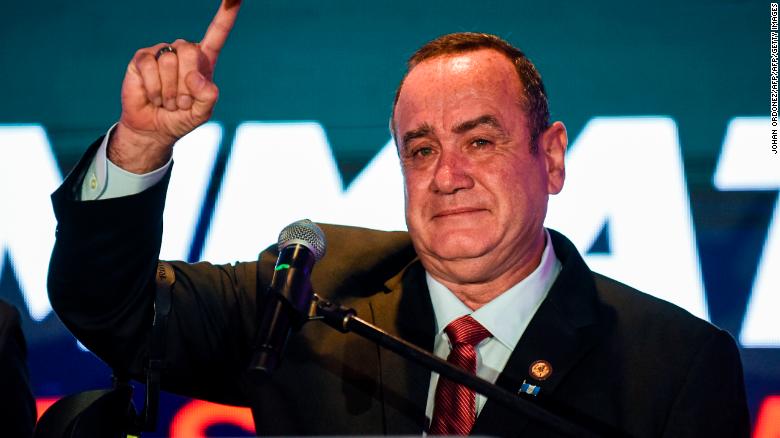 Why does this have a global impact?
The Trump administration has a plan which intends to use Guatemala to limit the number of migrants trying to head north to its border. Under an agreement signed by the then-Guatemalan interior minister, Enrique Asturias, in Washington earlier this month, migrants in Guatemala must apply for asylum there, and fail to get it, before they can apply for asylum in the US.

Migrants who continue their journey north to the US in spite of the new restrictions will be returned to Guatemala, according to acting Homeland Security Secretary Kevin McAleenan.

The deal — addendums to which remain secret — is essentially a “safe third country” agreement between the US and Guatemala, in all but name.

In layman’s terms, it means the US and Guatemala agree that Guatemala — with one of the world’s highest murder rates, whose capital the US tells tourists to reconsider travel to because of crime — is perversely declared a safe place for migrants to wait. In practical terms, it ends the journeys north of most migrants there.

Guatemalans and Mexicans can still travel north, but they have to go through a toughened-up series of Mexican border checks. There are reports the deal may involve financial help for more migrant facilities in Guatemala, and US personnel to help train people in dealing with what would be an enormous and impossible surge in asylum applications. Guatemala would become a sort of holding pen for migrants, where bureaucracy would likely swallow their dreams of a safer life up north.

Signed hastily by the outgoing administration, this “deal” it has already been opposed by the Guatemalan Constitutional Court, who ruled its Congress has to decide on any safe third country agreements. But it is scheduled to come into effect in mid-August – but everything points out to the fact that Giammattei will block it.

The prospect of Trump’s wrath — he has already cut aid to the economically troubled nation, and flatly threatened destructive tariffs if the deal isn’t put into force — will trouble them.

Whatever unpopularity Giammattei faces over this deal will likely be dwarfed if the US — recipient of around 40% of Guatemala’s exports — suddenly puts up trade barriers.

It is not much of a choice: possible ruin through a deluge of asylum applications, or more assured ruin through trade tariffs. And herein lies the cynical logic behind the US scheme.

The signal sent by the US now is not “there is a new system for the huddled masses,” but “The United States is not open for you at all.” However, the problem for the US’s is that migrants do not stop coming. They are desperate, and more restrictions just mean they accept taking on more risks during their journey, using ruthless smugglers that work for Mexican cartels to help them navigate tougher border controls.

It will be a tough decision for Guatemala´s new president.