AMLO´s Revenge – Once upon a time…

This story between AMLO, Dolores Padierna and Rosario Robles began in 2004.

The now federal congresswoman (Padierna) is married to René Bejarano, who was Andrés Manuel López Obrador´s private secretary during his time as head of Mexico City´s government in 2004. On March 03 of that year a video was leaked to the press, showing René Bejarano receiving large amounts of cash from businessman Carlos Ahumada. In this video, it was openly mentioned that the resources were specifically for López Obrador’s presidential campaign.

Later that same year, Bejarano was trialed and taken into prison to the “Reclusorio Sur”, where he spent one year. Dolores Padierna’s “quarrels” with Rosario Robles became of public knowledge. Padierna attributed her the leak and the prosecution of her husband René Bejarano.

Years went by and in the wheel of fortune of Mexican politics, those who were previously at the bottom are now at the top.

Rosario Robles was at the top. From there, she used her power to “mistreat” those who at that moment were at the bottom: that is, René Bejarano, and the then presidential candidate Andrés Manuel López Obrador, whom the wheel of fortune now placed at the top.

Today many doubt the purity of spirit of AMLO, the maximum leader of the self-proclaimed “Fourth Transformation” and it is believed that there is a vengeance against those who were his eternal adversaries, the so-called PRIAN (PRI-PAN) who “prevent him” from reaching the Presidency by means of a strategy once known as “the video-scandals” which involved people very close to López Obrador and dealt a mortal blow to his presidential aspirations back then. 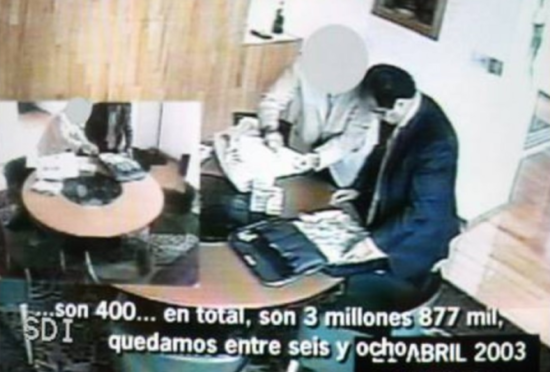 The scandal.
In December 2000, López Obrador, then a member of the PRD, won the election and succeeded Rosario Robles, also a PRD member, in the post of head of government of the Federal District, who came to office in 1999 to replace Cuauhtémoc Cárdenas.

At that time, Cárdenas left his position to compete in the 2000 presidential elections under the colors of the PRD, an election won by Vicente Fox.

AMLO was head of government from December 2000 to July 2005, when he left office to search for the presidential candidacy for the 2006 election – which he lost to Felipe Calderón from right-wing party PAN.

In March 2004, René Bejarano, then a coordinator of the Legislative Assembly of the Federal District and one of the main political operators of López Obrador, was shown on television receiving bundles and bundles of bills from the hands of the Argentinean businessman: Carlos Ahumada, who was Robles’ significant other.

The diffusion of these videos generated a negative image that ended up impacting the presidential electoral contest… AMLO lost the election by a small difference and claimed, without success, electoral fraud. 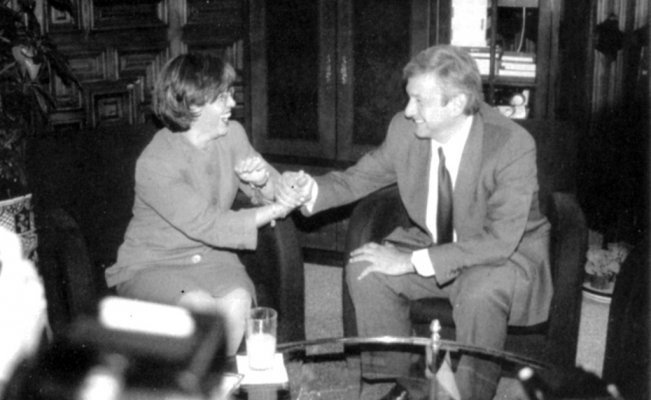 AMLO and Robles… 15 years after.
Let’s go back to the subject of revenge… Today, the journalists, the “conservatives”, the “fifis” and above all AMLO’s favorite enemies, the “fifi-conservative journalists” consider that the president and those close to him are taking advantage of their moment. It seems it is payback from Robles, who has been pointed out and blamed for having been behind the plot of the video scandals.

Rosario Robles, then part of the PRD, ended up working for the PRI government of Enrique Peña Nieto and is now accused of embezzlement for 5 billion pesos of social programs under her responsibility, which according to the government’s accusation went to “phantom” corporations.

There are no coincidences in politics. Rosario Robles betrayed AMLO and according to the current government, she allegedly participated in the “Master Scam” to divert 5 billion pesos.

Robles is currently under trial… however, is she being judged from the diversion of 5 billion pesos? Is she also being tried for the video scandals? For discrediting AMLO back in 2004? For exhibiting his collaborators at the moment of receiving bribes?

President López Obrador has declared himself a “follower” and “admirer” of Jesus Christ, and says: “I don’t hate anyone, revenge is not my strong suit. There will be justice. Love moves me and I know what forgiveness is”.

However, actions remind us of that old adage that says: