Mexico City.- President Andrés Manuel López Obrador is one of the protagonists in the annals of history within the new public school´s text books, which highlight the alternative in power of recent years. The history book for fifth grade contains on page number 170 the text “Reforms in political organization, alternative in power and changes in citizen participation”, the changes that occurred after the 1977 electoral reform. On page 171 the book says: “In the 2000 presidential elections the winner was the candidate of the National Action Party (PAN), Vicente Fox Quesada, who became the first president who did not come from the ranks of the official party. This democratic process, reflected through the vote, continued with the presidency of Felipe Calderón, who completed his term in 2012. From that year until 2018, Enrique Peña Nieto, of the PRI, held the presidential term and in 2018 was elected President Andrés Manuel López Obrador, candidate of the “Juntos haremos historia” (Together We Will Make History) coalition”. 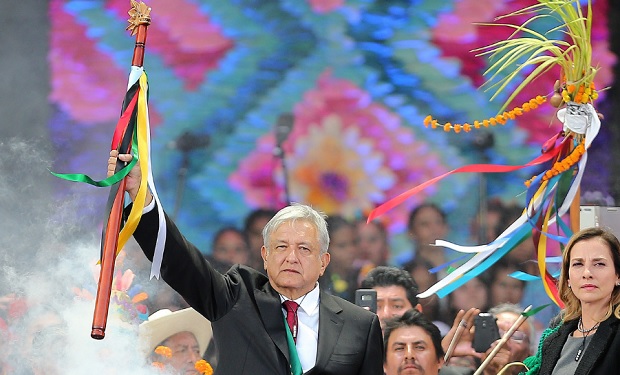 In the Fifth Chapter of the book, it is explained that during the first decades of the 21st century a process of alternation in power between different political parties has been registered in Mexico and culminates by pointing out that democracy does not only mean participating in elections, “it also implies the concern and permanent participation of citizens in the daily affairs of the community. ” “Respect for the law will make Mexico a fully developed country, learning to be good citizens, paying taxes, voting and, at the same time, demanding our rights and fulfilling our obligations can make Mexico a country of great development,” the book says. The educational article also highlights the creation of the Federal Electoral Institute, the voting credential and the autonomy that this agency achieved in the 1966 reform. Similarly, there’s a paragraph or two dedicated to the armed uprising of the Zapatista Army of National Liberation and the murder of presidential candidate Luis Donaldo Colosio in 1994, and José Francisco Ruiz Massieu, who served as general secretary of the PRI. “Both homicides shocked the country. Background political reforms became more urgent. To these crimes were added others, such as the slaughter of Aguas Blancas (Guerrero) in 1995, where 17 peasants died, and that of Acteal (Chiapas) in 1997, in which 45 Tzotzil Indigenous people were killed by members of the Mexican armed forces, ” the book says. Meanwhile, the section “The economic situation in the country and the commercial opening” talks about the North American Free Trade Agreement, signed with the United States and Canada that entered into force in 1994 during the government of Carlos Salinas de Gortari. The book says that with this treaty it was intended that Mexico increase its exports to these countries and that it could acquire foreign items at a lower cost, and the text adds that “the results were not as expected” (which is not entirely truth). The text book continues saying that, “as a consequence of this treaty, the sale of some Mexican products increased, especially those of agricultural and industrial origin. However, domestic manufacturers and farmers were at a disadvantage compared to their foreign competitors because Mexican products are more expensive. ” Regarding the 1968 student massacre of Tlatelolco in Mexico City, the test recalls the demonstrations that led to the incident of October 2nd. “The protesters were assaulted. Many died, others were injured and imprisoned.”