TEPIC, Nayarit. (Agencias) – Andrés Manuel López Obrador signed an executive order to promote reforms to the Health Law, in which the Seguro Popular (Popular Health Insurance) disappears and is replaced by the new “Health Institute for Welfare”, which will have an initial budget of 80 billion pesos, which will arise from the Fund for Catastrophy Protection Expenses.

Upon reviewing the San Cayetano hospital, the President read the memorandum with the guidelines of the New Public Health System, which includes a decalogue that empowers the new institute to serve the entire population that does not have social security, under the general direction of Juan Antonio Ferrer and will work in coordination with the IMSS and the ISSSTE to save the lives of all patients.

“The Health Institute for Welfare (Instituto de Salud para el Bienestar) will be created to replace the functions of the so-called Seguro Popular (Popular Insurance), which was neither safe nor popular,” AMLO said.

Before officials of the Health and Treasury system, the Chief Executive announced that the basic table of medicines will disappear, so that Mexicans can have access to all types of medication and, if necessary, a distribution center of medicines will be created to guarantee the supply in all regions of the country.

The new Health Institute for Welfare will be in charge of the health centers and hospitals in the states of the country that used to be in charge of the local governments, prior to the signing of agreements and the support of the governors. In addition, the institute will be empowered to be in charge of an effective system of consolidated purchases, as well as delivery of medicines and healing materials, making it possible for medication to reach where ¨Coca Cola and Sabritas¨ products reach” the president said. 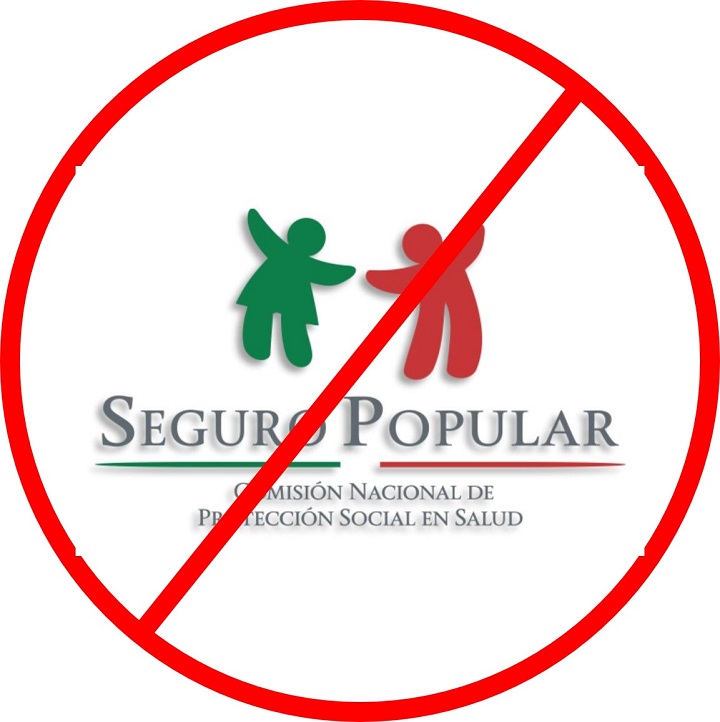 It will also ensure that there is no shortage of staff in units, health centres and hospitals so that there are doctors and nurses even in the most marginalised communities. It also seeks to ensure that specialists working in poor rural communities, can earn more than if they were working in bigger cities.

There will be a census of doctors, and agreements at universities will be sought to have more specialists. The payroll of workers will have to be centralized to make payments from the Treasury, as is the case with the teachers’ payroll. Changes in the new health system should be implemented immediately and the Treasury will provide support with any resources necessary, in addition to using resources of 80 billion pesos from the Fund for Catastrophy Protection Expenses.

The main challenge that this institute will be facing, is the integration of resources from all health systems and its implementation, so that the budget reaches all medical units. We will see if AMLO achieves his mission or if this is one more of his occurrences.